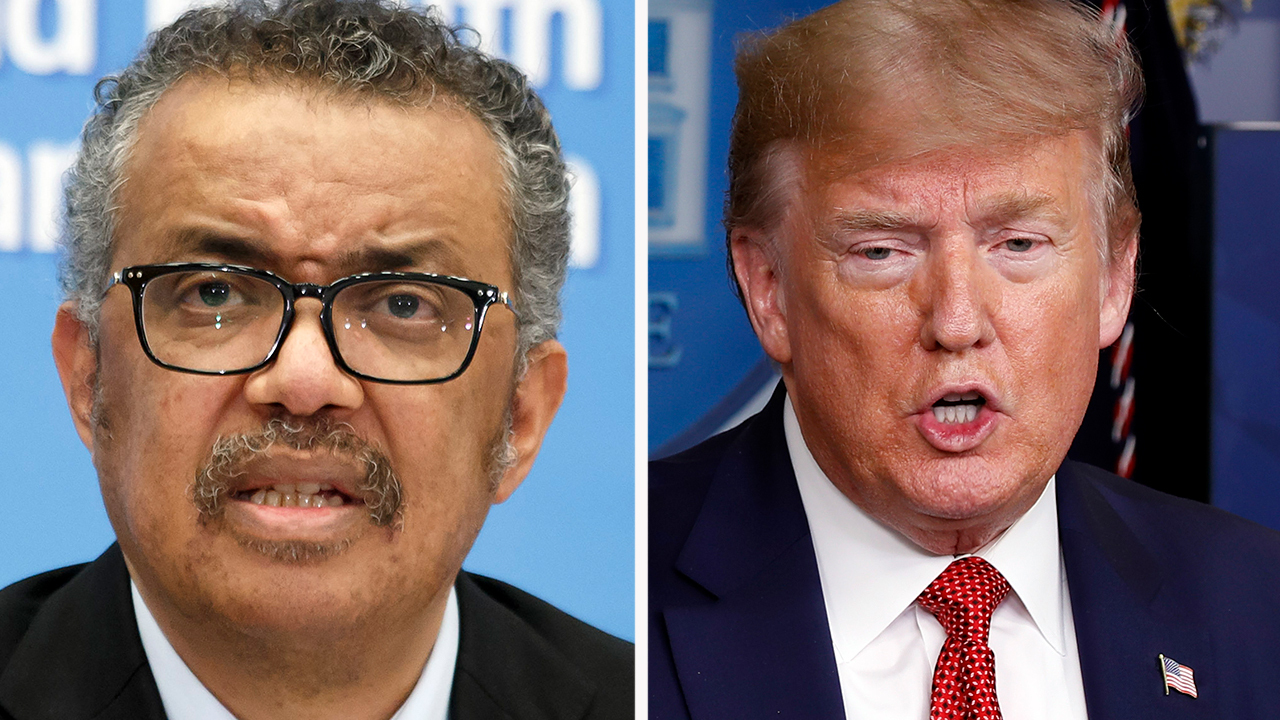 The head of the embattled World Health Organization (WHO) said Friday that the agency is suffering from a $1.3 billion funding gap for its coronavirus response for this year — even as President Trump is showing no sign of reversing the U.S. funding pause to the controversial agency.

Director-General Tedros Adhanom Ghebreyesus told reporters that the agency — which has come under scrutiny for its alleged pro-China bias — needs $1.7 billion to deliver its Strategic Preparedness and Response Plan for COVID-19, across three levels of the organization, before the end of the year.

“This estimate includes the funds that WHO has already received to date, leaving WHO’s COVID-19 response with a funding gap of US$1.3 billion for 2020,” he said. “To be clear, this estimate only covers WHO’s needs, not the entire global need.”

The U.S. funds the organization to the tune of more than $400 million dollars a year — making it the agency’s biggest funder, as it is with a number of U.N. agencies. But Trump announced a pause in funding amid an investigation into the WHO’s response to the coronavirus outbreak.

Specifically, the U.S. has expressed concern about its closeness to China and how that affected its response to the crisis. Trump has also flagged early opposition from WHO officials to his decision to restrict travel from China.

The agency tweeted out in January “preliminary” findings from Chinese authorities that the virus could not be spread person-to-person. Tedros has also praised China’s “transparency” during the crisis.

A bill last week by Rep. Earl “Buddy” Carter, R-Ga., calling for an investigation into the agency, also pointed to a “longstanding and concerning relationship” between WHO and China — including cooperation for China’s “One Belt, One Road” initiative.

A research dossier compiled by the so-called “Five Eyes” intelligence alliance of the U.S., Canada, the U.K., Australia and New Zealand was obtained by Australia’s Saturday Telegraph newspaper and found that WHO toed the Chinese line about human-to-human transmission despite the fact that “officials in Taiwan raised concerns as early as December 31, as did experts in Hong Kong on January 4.”

Fox News reported last month that U.S. officials believe that the WHO was either complicit in an initial cover-up by the Chinese or looked the other way. The WHO and China have denied any wrongdoing.

On Friday, Trump said on “Fox & Friends” that he would soon have an “announcement” in relation to the WHO.

“The World Health Organization, as you know we pay them almost $500 million a year. I’m going to be making an announcement on that soon because they’re like a puppet for China,” he said.

Coronavirus: Shops should reopen based on safety – retail chief

Whitmer blasted by GOP rep for marching amid coronavirus: ‘Social…