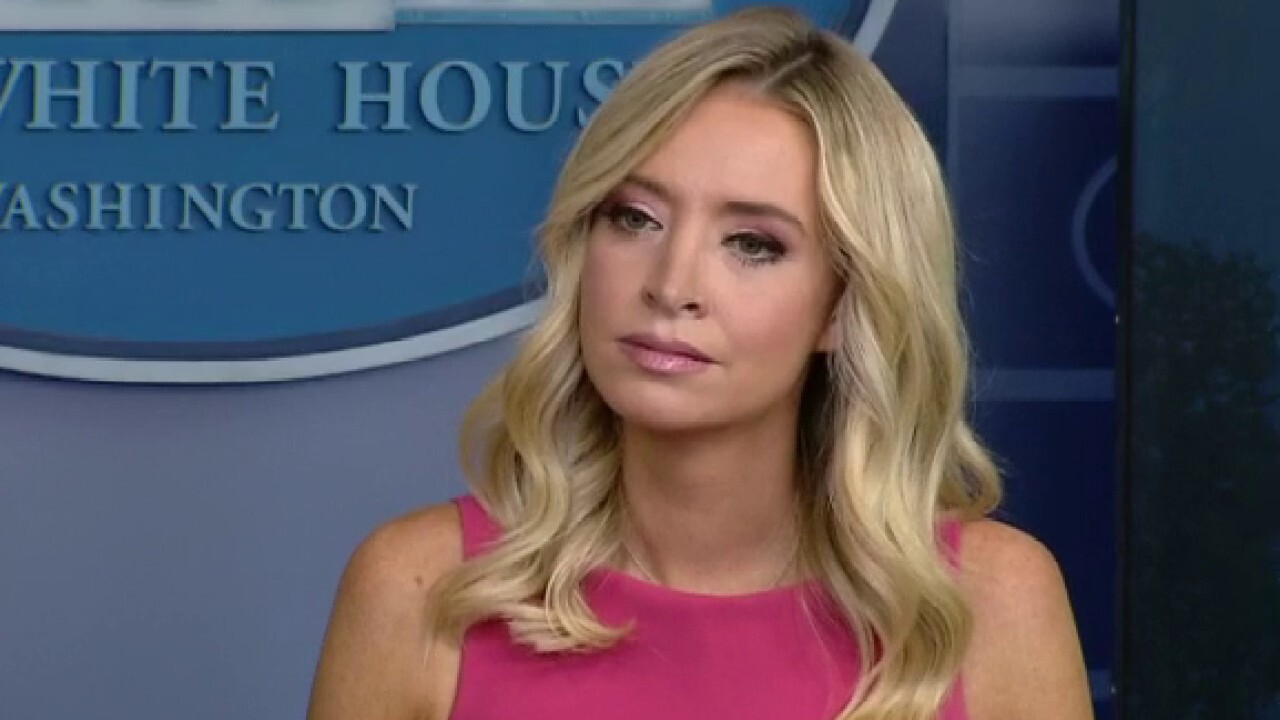 The White House clapped back at Rep. Alexandria Ocasio-Cortez, D-N.Y., after the New York Democratic congresswoman claimed press secretary Kayleigh McEnany downplayed her position and inferred it was because she was a “woman of color.”

Ocasio-Cortez quoted a tweet which was a line from the briefing where McEnany referred to her as “Biden adviser Alexandria Ocasio-Cortez” but did not include context.

“Wouldn’t be the first person to mistake a women of color for having a lower position or title than she does, but Kayleigh – in case you haven’t picked up a newspaper in two years, I’m a Congresswoman,” Ocasio-Cortez tweeted.

“The president is appalled by the ‘defund the police’ movement,” McEnany said in the full quote. “The fact that you have sitting congresswomen wanting to defund the police– notably Rashida Tlaib, notably Biden adviser Alexandria Ocasio-Cortez, former Clinton and Eric Holder spokesperson Brian Fallon wanting to defund our police across this country, it is extraordinary.”

Ocasio-Cortez threw her weight behind the growing movement to defund police departments that has become a rallying cry for some protesters in the wake of George Floyd’s death on Friday.

In an NY1 segment, Ocasio-Cortez said she’s “actively engaged in advocacy” for a “reduction of our NYPD budget and defunding a $6 billion NYPD budget that costs us books in the hands of our children and costs us very badly needed investment in NYCHA [New York City Housing Authority] and public housing.”

That stance puts her at odds with the chair of the Congressional Black Caucus, who has rejected the call by Black Lives Matter organizers to defund police.

Rep. Karen Bass, D-Calif., chairwoman of the caucus, said she personally doesn’t favor the movement. “No, I don’t believe that we should defund police departments,” Bass said last week.

But the movement to defund police has gained rapid support, with cities like New York and Los Angeles announcing they would reduce funding to police departments and increase funding to community outreach. Minneapolis’ left-leaning City Council members on Sunday announced a veto-proof push to disband the Minneapolis police department.

Supporters of the move told Fox News, “We recognize that we don’t have all the answers about what a police-free future looks like, but our community does. We’re committing to engaging with every willing community member in the city of Minneapolis over the next year to identify what safety looks like for you.”