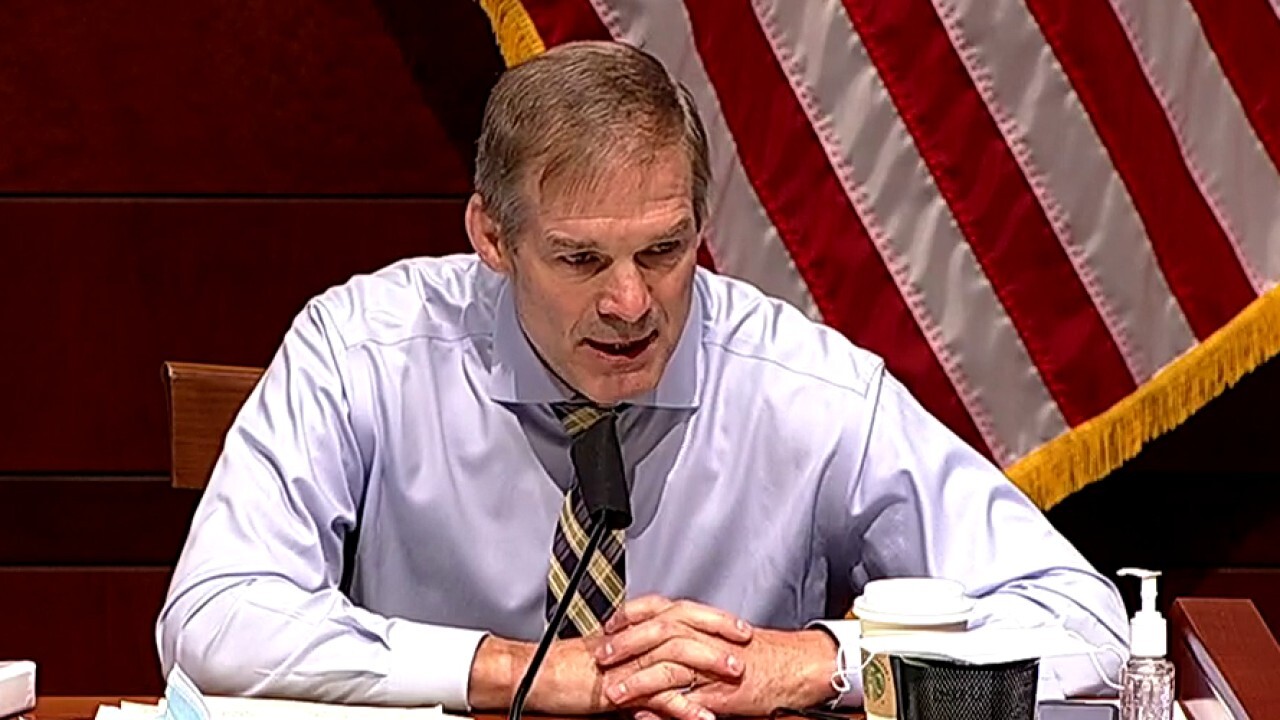 Career DOJ employee John Elias garnered widespread media attention by alleging in testimony that Barr sought unfounded reviews of cannabis companies because he “did not like the nature of their underlying business.” Elias also charged that the Trump administration sought to harass automakers with antitrust inquiries after the automakers angered the president by announcing they would comply with state emissions rules.

Assistant Attorney General Makan Delrahim, however, wrote to Jordan on July 1 that Elias — who previously served as Delrahim’s acting chief of staff — had offered testimony that was “misleading and lack[ing] critical facts.” Delrahim added that Elias also lacked any first-hand knowledge about the “matters about which he testified” — and it also emerged that he had sought a job with House Democrats as they tried to impeach President Trump.

In a response letter to Delrahim obtained Thursday by Fox News, Jordan noted that the DOJ’s Office of Professional Responsibility (OPR) had reviewed Elias’ claims, and rejected both of them.

“The Director and Chief Counsel of OPR, Jeffrey R. Ragsdale — a career official with over 30 years of experience at various levels at the Justice Department — found the allegations to be without merit and closed OPR’s investigation,” Jordan wrote in the letter. “Chairman [Jerrold] Nadler made no attempt to factor in OPR’s review and exculpatory findings to the context of Mr. Elias’s allegations and thereby deprived the Committee of critical information.”

The DOJ’s probe into automakers, Jordan added, had been closed quickly after the antitrust division determined that “contrary to initial reports, the automakers had not entered into an [anti-competitive or illegal] agreement” in restraint of trade.

While Trump had publicly attacked the automakers, Delrahim and Jordan each pointed out that the DOJ had begun a preliminary review of potential antitrust violations “weeks before” Trump’s comments.

“Elias’s allegations appear to reflect political or policy differences with the Department’s political leadership rather than exposing real waste, fraud, and abuse,” Jordan continued. “In 2015, Mr. Elias served on detail in the Obama-Biden White House in the office responsible for presidential appointments. More recently, as Mr. Elias conceded during the hearing, he sought a detail from the Democrats began investigations with the goal of impeaching the President.”

Last month, Rep. Doug Collins, R-Ga., had a testy exchange with Elias, who admitted during a House Judiciary Committee hearing that he sought to work for House Democrats during the Trump impeachment proceedings.

House Democrats, Jordan asserted in his letter, were all but complicit in the misleading headlines that emerged from Elias’ testimony.

“Chairman Nadler has an unfortunate practice of politicizing the Committee to attack the Trump Administration,” Jordan wrote. “While whistleblowers play a vital role in rooting out waste, fraud, and abuse in the federal government, we should not mistake policy or political disagreements for misconduct. This is especially true in the context of antitrust, which has historically enjoyed significant bipartisan support.”

Barr is expected to testify before the committee next month.