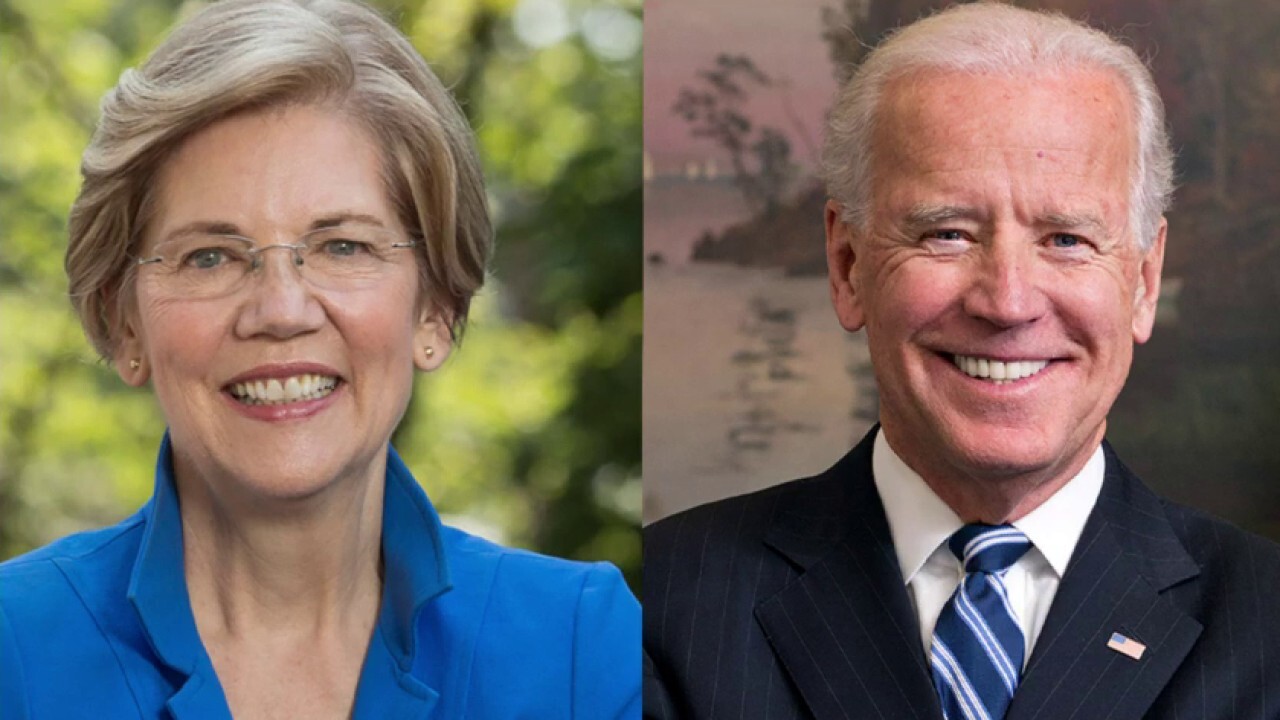 Joe Biden hauled in a record amount at a virtual fundraiser on Monday evening with the help of former Democratic presidential primary rival Sen. Elizabeth Warren.

Biden’s campaign said the that the former vice president and presumptive Democratic presidential nominee raised $6 million from 620 donors attending the online fundraiser. That’s the largest haul to date for the Biden Victory Fund, the joint fundraising operation set up jointly by the Biden campaign and the Democratic National Committee in late April.

Biden praised Warren, adding, “Thank you for asking your friends to help me out. It’s the biggest fundraiser we’ve ever had. And it’s all because of you. Thank you.”

The event was hosted by Warren as well as retired software entrepreneur Paul Egerman and National Center for Learning Disabilities board member Shanti Fry.

Soon after the conclusion of Monday’s fundraiser, the campaign announced that Biden will team up with his boss for eight years – former President Obama – for a virtual fundraiser next week.  The June 23 event is Obama’s fundraising debut for his former vice president and will target small-dollar donors.

“Chip in any amount to attend our grassroots fundraiser,” the invitation states.

The Biden-Warren fundraising event came as the progressive champion from Massachusetts is considered one of the contenders to be the former vice president’s running mate. And it came three day after a large group of more than 100 progressive activists and celebrities – including Jane Fonda – sent a letter to Biden urging him to choose Warren as his pick for the Democratic Party’s 2020 vice presidential nominee.

He continued, “Senator Warren [and] I agreed that Wall Street didn’t build this country. It’s the cause of our time to build a stronger, more resilient middle class and this time bring everyone along, not leave people behind.”

“We believe in standing up to the abuse of power,” he emphasized.

Warren is far from the first former 2020 Democratic presidential nomination rival who’s teamed up with Biden to haul in big bucks since he became the party’s presumptive presidential nominee. Sens. Kamala Harris of California, Amy Klobuchar of Minnesota, Cory Booker of New Jersey, and former South Bend, Ind., Mayor Pete Buttigieg have all co-hosted fundraisers with Biden the past two months.

The efforts by these former White House hopefuls has helped Biden fill his campaign coffers. Biden announced on Monday and his campaign and the Democratic National Committee combined raised $80.8 million in May.

But Warren’s a different case, as she repeatedly forswore top-dollar fundraisers with wealthy donors during her White House bid.

The senator held high-dollar fundraisers during her 2018 Senate reelection campaign. However, along with fellow populist and 2020 rival Sen. Bernie Sanders of Vermont, she eschewed them early in 2019 soon after launching her campaign for the Democratic presidential nomination. While Sanders has sent out fundraising emails in conjunction with the Democratic National Committee on Biden’s behalf, he has not teamed up to host a virtual fundraiser with the former vice president.

During her bid for the White House, Warren was critical of rivals who held top dollar fundraising events.

After Biden brought in $6.3 million on the day he announced his candidacy in April of last year — with part of the haul coming from a fundraiser at the home of a Comcast executive — Warren slammed him for attending a “swanky private fundraiser.”

And “wine cave” became part of the campaign vernacular last December after Warren, during a primetime primary debate, targeted Buttigieg for holding a fundraiser in a ritzy wine cave at a Napa Valley vineyard in California.

President Trump’s reelection campaign — noting that Warren as late as early March criticized Biden as a “Washington insider” — took aim at both the senator and the former vice president.

Calling Warren a “hypocrite” who “sold out to the DNC establishment,” Trump campaign manager Brad Parscale tweeted that the senator “once said that Biden is too much of a Washington insider to change anything in the swamp. Warren has sold out but it’s still true.”