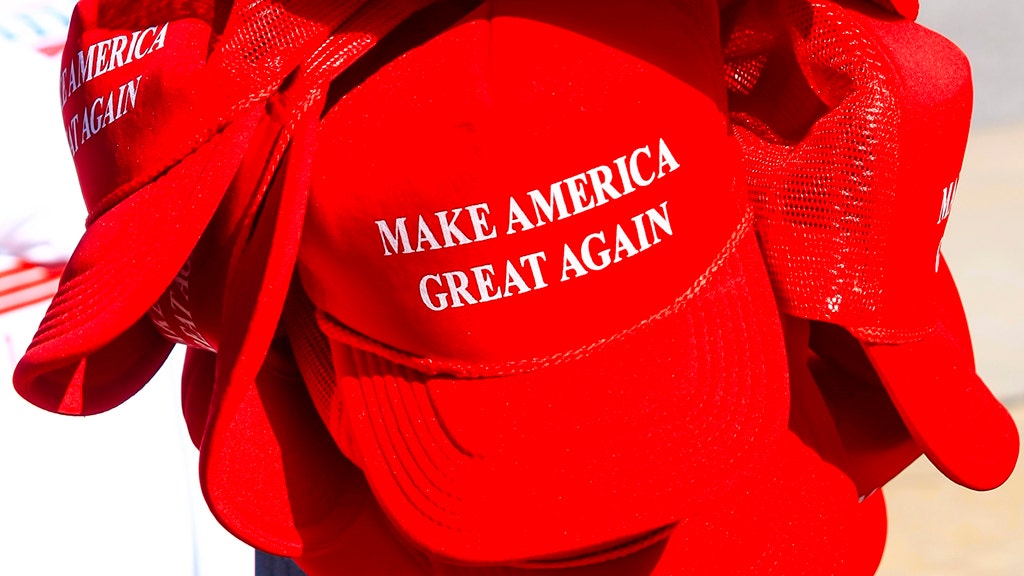 A woman claims in a video being circulated on social media that two women stole a Make America Great Again hat from her Trump-supporting 7-year-old son and tore up her pro-Trump sign near where Joe Biden gave his Democratic National Convention acceptance speech.

In response to the video that received 2.9 million views and was shared by Donald Trump Jr., the Students for Trump organization tweeted that the White House called the boy. The White House did not immediately comment Friday.

The video posted online shows both sides yelling at each other in a parking lot. The mother and son were eventually joined by two males who attempted to get the hat back.

The video was shared by Students For Trump.

Violent or aggressive encounters have been common since President Trump took office in 2016, with countless videos appearing of people wearing so-called MAGA hats being accosted in some fashion.

And universities have had an increase in aggressive behaviors towards Trump supporters on and off campus, with what some have deemed attributing to “cancel culture”.

Meanwhile, there has been an increase in hate crimes, which is a criminal offense against a person or property, motivated in whole or in part by an offender’s bias against a race, religion, disability, sexual orientation, ethnicity, gender, or gender identity, since 2016, according to a report by the FBI.

DONNA BRAZILE: BIDEN SHOWS US WHAT A PRESIDENT LOOKS LIKE AT DEM CONVENTION, WHILE TRUMP TWEETS INSULTS

And, a 2019 report by the Southern Poverty Law Center found that white nationalism had risen by 55 percent in the previous three years.

But groups on the far-left of the spectrum, such as Antifa, an anti-fascist movement of many organizations, have gained prominence in the last several years as well.

Most recently Antifa groups gained prominence during the recent Black Lives Matter demonstrations, protesting alongside The Proud Boys — a far-right neo-fascist organization that was founded in 2016.

Both groups represent a rise in political extremism that has led to an increase in violence nationally.

Critics of Trump blame his rhetoric for the increases in violence on both sides of the political aisle.

TikTok to launch legal action against Trump over ban