USS Theodore Roosevelt back at sea after coronavirus outbreak 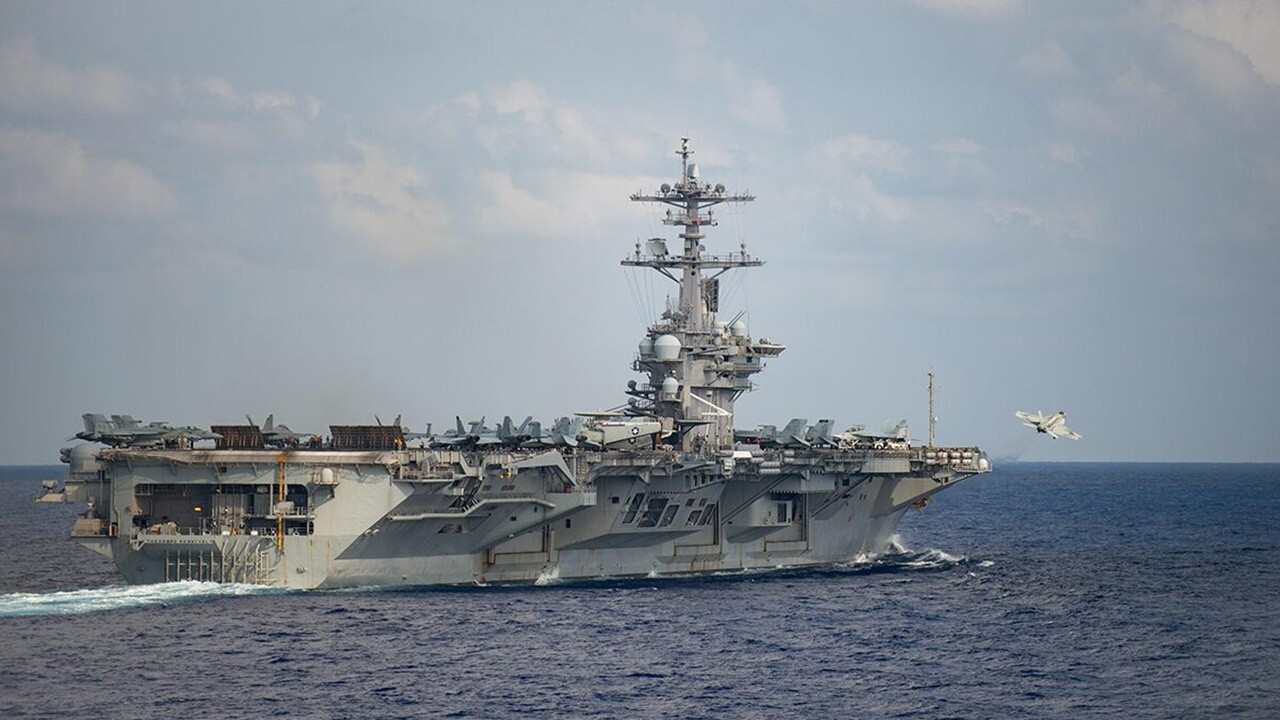 The U.S. aircraft carrier USS Theodore Roosevelt is returning to sea, nearly two months after the ship was sidelined in Guam with a rapidly growing coronavirus outbreak, U.S. officials said.

“The ship left Naval Base Guam and entered the Philippine Sea May 21 to conduct carrier qualification flights,” according to a U.S. Navy statement.

In an interview from the aircraft carrier, Navy Capt. Carlos Sardiello said Monday the ship will sail with a scaled-back crew of about 3,000, leaving about 1,800 sailors on shore who are still in quarantine.

Those include up to 14 sailors who recently tested positive again, just days after getting cleared to return to the carrier. The puzzling COVID-19 reappearance in the sailors adds to the difficulty in getting the ship’s crew healthy again, and fuels questions about the quality of the testing and just how long sailors may remain infected or contagious.

The Roosevelt has been at the center of a widening controversy that led to the firing of the ship’s previous captain, the resignation of the Navy secretary and an expanded investigation into what triggered the outbreak and how well top naval commanders handled it.

More than 1,000 sailors on the ship have tested positive over the past two months, and the entire crew has had to cycle through quarantine on shore before being allowed to reboard.

Preparing to go back to sea has been an intense process, requiring sailors to go through mandated preparations and training to ensure all the systems are working and that troops are ready despite the added requirements of masks, constant cleaning, social distancing and other virus-related restrictions.

Sardiello said they were able to get special black neck gaiters for the flight deck crew, because wearing regular masks wouldn’t be safe. And they’ve set up one-way corridors, spaced out berthing for the crew members, and are keeping mess halls open longer so fewer sailors are there at any one time.

The crew will conduct carrier qualifications for the flight-deck crew, including fighter jet take-offs and landings. After about two weeks, the carrier plans to return to Guam to pick up healthy sailors who have finished quarantine and then return to sea.

After the outbreak was discovered and the ship docked in Guam, more than 4,000 crew members went ashore for testing and quarantine, while about 800 remained on the ship to protect and run the high-tech systems, including the nuclear reactors that run the vessel.

In recent weeks, sailors were methodically brought back on board, while the others who had remained went ashore for quarantine.

Sardiello, a former Roosevelt captain, was abruptly sent back to the ship in early April to take command after Capt. Brett Crozier was fired for urging his commanders to take faster action to stem the virus outbreak onboard.

After a preliminary review last month, Adm. Mike Gilday, the Navy’s top officer, recommended that Crozier be reinstated as ship captain. But the Navy decided to conduct the broader investigation.

That review, which effectively delays a decision on Crozier’s reinstatement, is supposed to be done by the end of the month.

For most people, the new coronavirus causes mild or moderate symptoms, such as fever and cough that clear up in two to three weeks. For some, especially older adults and people with existing health problems, it can cause more severe illness, including pneumonia and death.