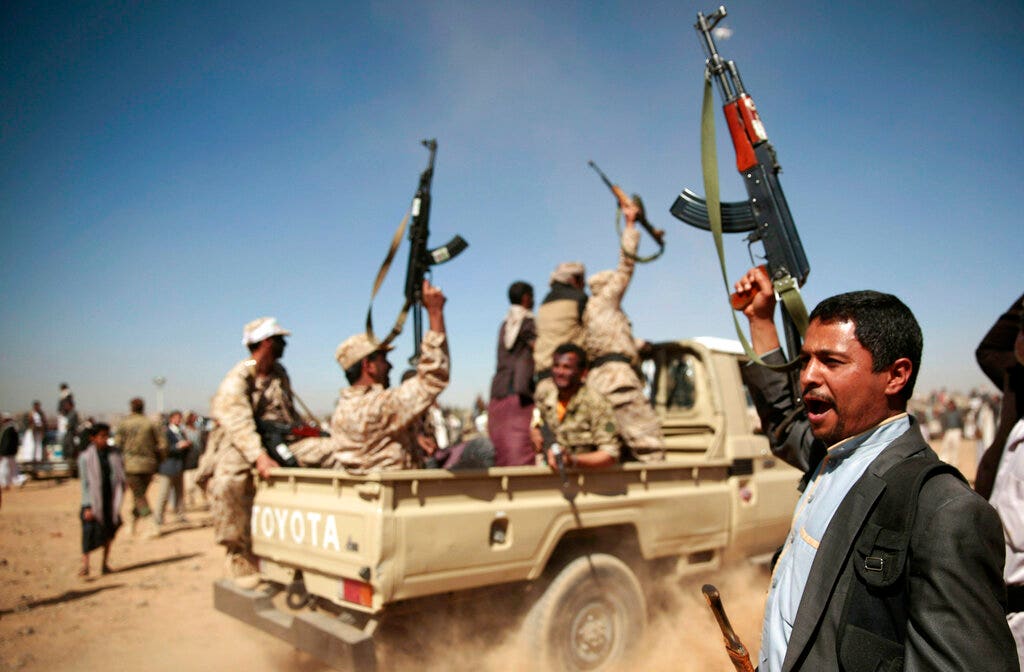 Two Americans held hostage by Iran-backed Houthi militants in Yemen were freed on Wednesday as part of a U.S.-backed trade that returned more than 200 of the group’s loyalists to the fractured Middle East country, according to U.S. and Saudi officials.

A Royal Oman Air Force plane carrying the two Americans and the remains of a third flew out of Yemen’s Houthi-controlled capital of Sana’a, hours after the jet and a companion flight brought hundreds of militants back to the country following years stuck in Oman.

The deal secured freedom for Sandra Loli, an American humanitarian worker who was held hostage by the Houthis for about three years, and Mikael Gidada, a U.S. businessman who was held for about a year, said Kash Patel, a deputy assistant to President Trump who worked on the deal.

The pact also included the return of the remains of Bilal Fateen, a third American who had been held by the Houthis. U.S. officials provided only limited information on the three Americans but did say that they had been working urgently to secure the deal because Ms. Loli’s health was in decline. The deal also included delivery of medical aid for Yemen.

Saudi officials said they reluctantly backed the deal, which they said would permit dozens of Houthi militants trained on advanced drones and missiles to return to the battle zone. Mr. Patel said the U.S. worked to ensure that Houthis returning to Yemen didn’t pose a major risk.

Graham says he will call Mueller to testify before Senate committee