Trump’s ‘It is what it is’ in Dem convention crosshairs, as Biden claims nomination 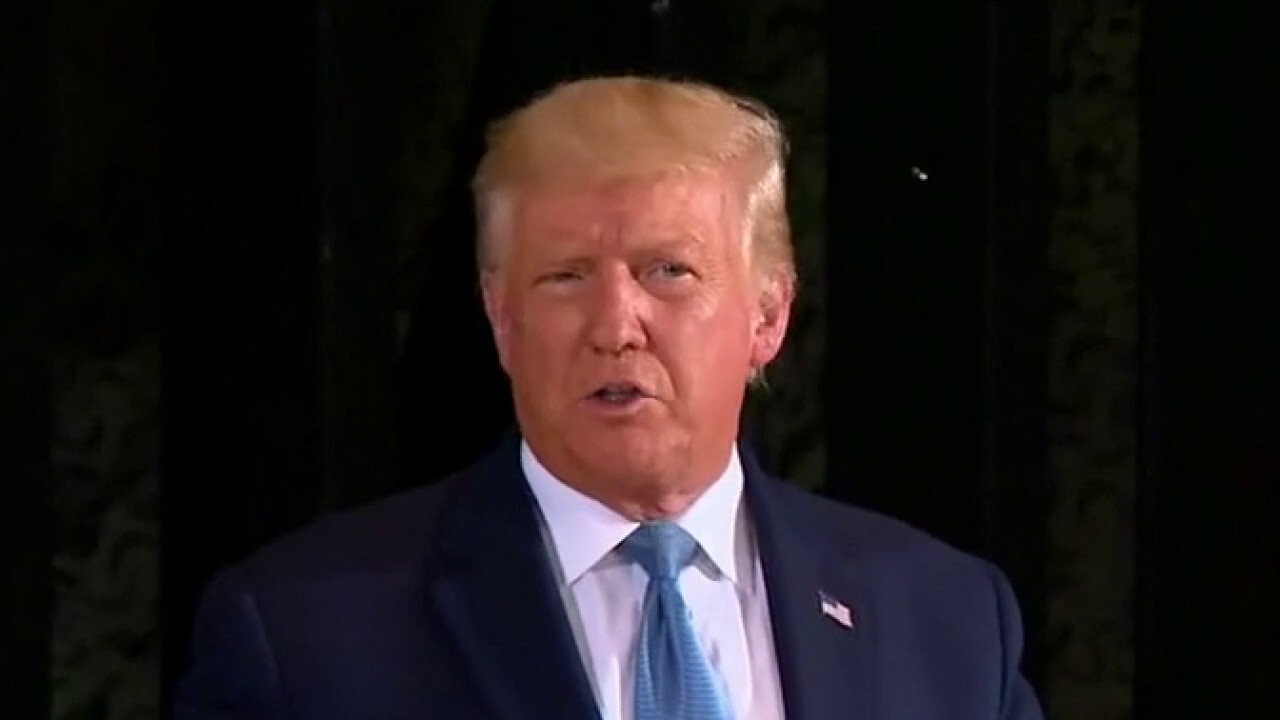 As Joe Biden formally becomes the 2020 Democratic presidential nominee, convention speakers are making a clear and repeated effort to draw a contrast between Biden and President Trump not just on policy, but on empathy.

Starting with former first lady Michelle Obama on opening night and continuing with former President Bill Clinton on Tuesday, speaker after speaker hammered Trump for remarking that “It is what it is” in regards to the number of people in the United States who have died from the novel coronavirus.

“He has had more than enough time…He is clearly in over his head,” Obama said. “He cannot meet this moment. He simply cannot be who we need him to be for us.”

Obama’s comment hit at the often-used phrase by Trump when asked about the skyrocketing infection and deaths rates from the pathogen by reporters and television show moderators.

Trump first made the “It is what it is” comment during an interview on “Fox News Sunday,” when moderator Chris Wallace pressed him on his response to the pandemic. The president followed that comment up by reusing the line in a testy interview with Axios in early August.

“They’re dying it’s true,” Trump said during the interview, which aired on HBO. “It is what it is, but that doesn’t mean we aren’t doing everything we can. It’s under control as much as you can control it.”

As of Tuesday evening, there had been more than 5,481,000 confirmed cases of COVID-19 in the United States with 171,799 deaths related to the disease.

“How did Donald Trump respond? At first he said the virus was under control and would soon disappear,” Clinton said on Tuesday. “When it didn’t, he was on TV every day bragging on what a great job he was doing, while scientists waited to give us vital information. When he didn’t like the expert advice he was given, he ignored it.”

TRUMP CAMPAIGN ON BIDEN’S FORMAL NOMINATION: ‘HIS SUPERVISORS FROM THE RADICAL LEFT ARE NOW FORMALLY IN CHARGE’

Clinton continued: “Only when COVID exploded in even more states did he encourage people to wear masks. By then many more were dying. When asked about the surge in deaths, he shrugged and said, ‘It is what it is.’ But did it have to be this way? No. COVID hit us much harder than it had to.”

“Millions are jobless, 170,000 Americans have died from COVID,” Schumer said during his convention address. “And Donald Trump says, ‘It is what it is.’ America, Donald Trump has quit on you.”

While Wednesday night’s big attraction will be the speech by Biden’s newly declared running mate, Sen. Kamala Harris of California, if the first two nights of the convention are any measure, there looks to be plenty of fodder left for Democrats to lob at Trump as they seek to paint two very different portraits of the current president and Biden.

The Trump campaign reacted to the second night of the Democratic National Convention by arguing that now that Biden is officially the Democratic nominee for president, “his supervisors from the radical left are now formally in charge.”

Once he amassed the votes, a camera appeared on Biden in Delaware, where after a brief pause, he celebrated the moment with his wife Jill and bundles of red, white and blue balloons as the family popped streamers. Clapping broke out from Democrats appearing on camera from their living rooms, as the song “Celebration” played.

“Thank you very, very much from the bottom of my heart,” Biden said. “Thank you. Thank you.”

Instead of the traditional loud, celebratory tally of votes from the floor of the Democratic National Convention, this year thousands of delegates had to stay home because of the coronavirus pandemic. They shared their support for Biden over video feeds from a range of backdrops — farms, beaches, an Amtrak station, an art studio and a fire station — telling personal stories of how a Biden presidency would build back America “better.”

Jill Biden delivered a personal and emotional convention speech on Tuesday night from the hallways of her former classroom, promising that her husband would provide “leadership worthy of our nation” if he’s elected as president in November.

Biden delivered the keynote address during the second night of the Democratic National Convention from Brandywine High School in Wilmington, Delaware, where she taught English from 1991 to 1993, after her husband was formally nominated as the Democratic presidential nominee.

In a speech centered around family and education, Biden recalled the personal losses that her husband experienced in 1972, when his wife and daughter were killed in a car crash, and in 2015, when their son Beau died of brain cancer.

“How do you make a broken family whole? The same way you make a nation whole,” she said. “With love and understanding — and with small acts of kindness. With bravery. With unwavering faith. You show up for each other, in big ways and small ones, again and again.”