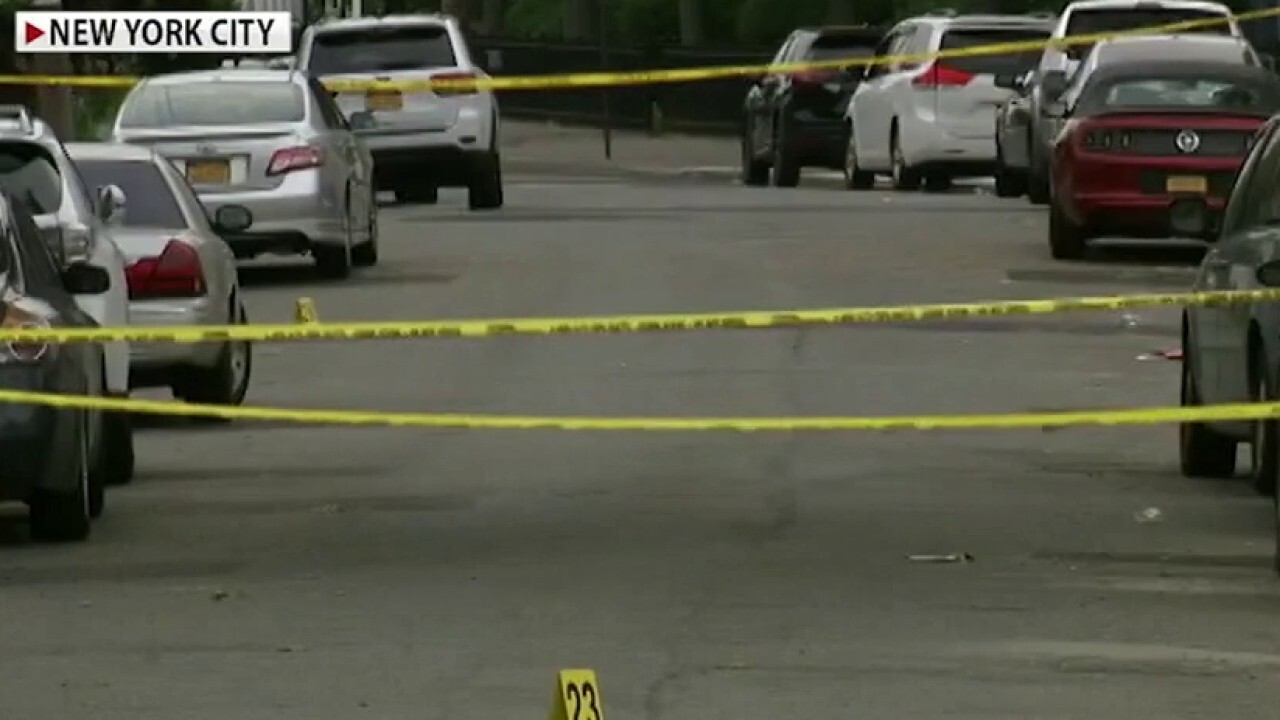 President Trump warned New York City Mayor Bill de Blasio Sunday night that the federal government would act if his office fails to get a grip on the ongoing increase of violent crime in the city.

At least five people died in shootings across the city in at least 30 shootings, Fox 5 NY reported.

Eric Adams, the Brooklyn Borough president and former NYPD captain, told the station that he is not seeing the “level of urgency that should come from the city when you have a high level of violence.”

The Fox 5 NY report said that there were shooting in every borough and 43 shooting victims, 10 times the number over the same weekend in 2019.

He continued, “I would hate to believe that we’ve become immune to violence based on the geographical location and ethnicity of the victims.”

The shootings prompted the New York Post to run an editorial titled, “We Need Someone to Run for Mayor Who Will Save New York.”

“By the beginning of the de Blasio era, the murder rate had fallen by nearly 90 percent. Today, Gotham is plummeting at warp speed — yet it’s eminently saveable,” the editorial board wrote.

De Blasio’s office did not respond to Fox News for comment.

Fox Business reported Sunday that thousands of  New Yorkers are leaving the city due to the challenges from dealing with record apartment vacancies, coronavirus shutdowns and the violence. The Hartford Courant reported that 16,000 New Yorkers switched their residences to Connecticut during the first three months of the pandemic.

This is not the first time that Trump called out a Democrat mayor over an increase in violence and unrest over protests stemming from George Floyd’s death in police custody. He is usually met with resistance from these mayors who insist that federal troops only increase tensions in these cities. Trump, in an election year, is trying to position himself as the country’s law-and-order choice.

The Police Benevolent Association of the City of New York, which announced its endorsement of Trump last week, tweeted out about the recent bloody week in the city that resulted in 12 deaths and 69 victims.

“The reasons aren’t complicated,” the PBA tweeted. “Our city politicians have demonized us at every turn and in the process stripped us of necessary tools to get guns off the streets. When cops are left handling crime with a “light touch,” violent gangs step into the void and reign terror on NYers.”