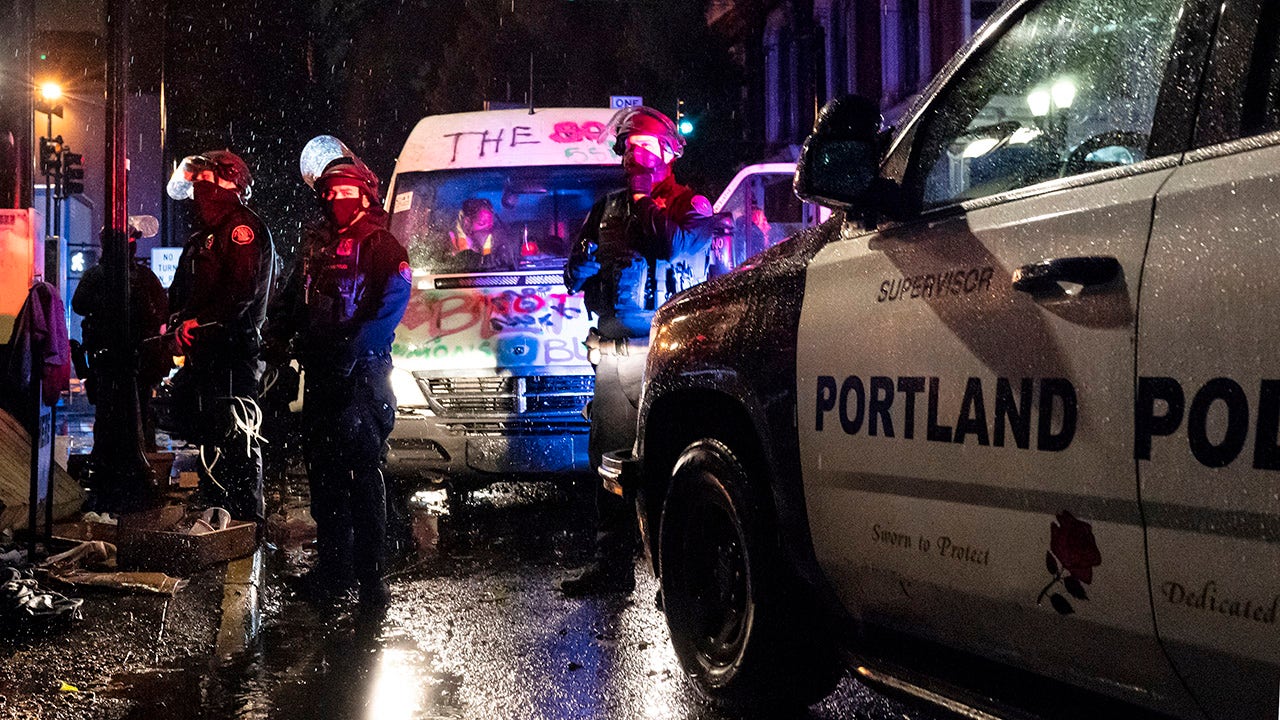 “These are Biden fools. ANTIFA RADICALS. Get them FBI, and get them now!” Trump tweeted Monday, responding to a video depicting the toppled statue of Lincoln in Portland’s South Park Block. The words “Stolen Land” can be seen spray-painted across its concrete base.

The president also responded to another video depicting a statue of Roosevelt, who is shown riding horseback, as someone in the crowd is heard shouting, “F— all you colonizers. Every one of you that’s against Black Lives Matter can f— the f— off.” The statue is wrapped in rope and the crowd in Portland shouts as it shifts back and forth, before toppling to the ground.

“Put these animals in jail, now. The Radical Left only knows how to take advantage of very dumb ‘leadership’ fools. This is Biden! Law & Order!” Trump wrote.

“The Radical Left fools in Portland don’t want any help from real Law Enforcement which we will provide instantaneously. Vote!” Trump said, adding in a separate tweet: “Taking advantage of fools. Law & Order! Portland, call in the Feds!”

Closing out his message on Portland, Trump wrote: “The FBI and Law Enforcement must focus their energy on ANTIFA and the Radical Left, those who have spent the summer trying to burn down poorly run Democrat Cities throughout the USA!”

The overnight violence in Portland was reportedly tied to the “Day of Rage” on the eve of Columbus Day.

The Portland Police Bureau declared a riot late Sunday, as they have done repeatedly during the more than 130 days of demonstrations that have engulfed Oregon’s largest city since the death of George Floyd in Minneapolis in May. Over the past few months, police have said protests often devolved into riots, arson fires, and violent attacks on officers.

Federal law enforcement was deployed to the city for about three weeks in July, as Democratic leadership vehemently rejected their presence under the Trump administration, and Oregon State Police eventually agreed to step in to protect federal properties if the local police department could not do so.

Cuomo reacts to Biden attorney general rumors: ‘No interest in going to Washington’

FBI official on Mueller team said Flynn prosecution had ‘get…