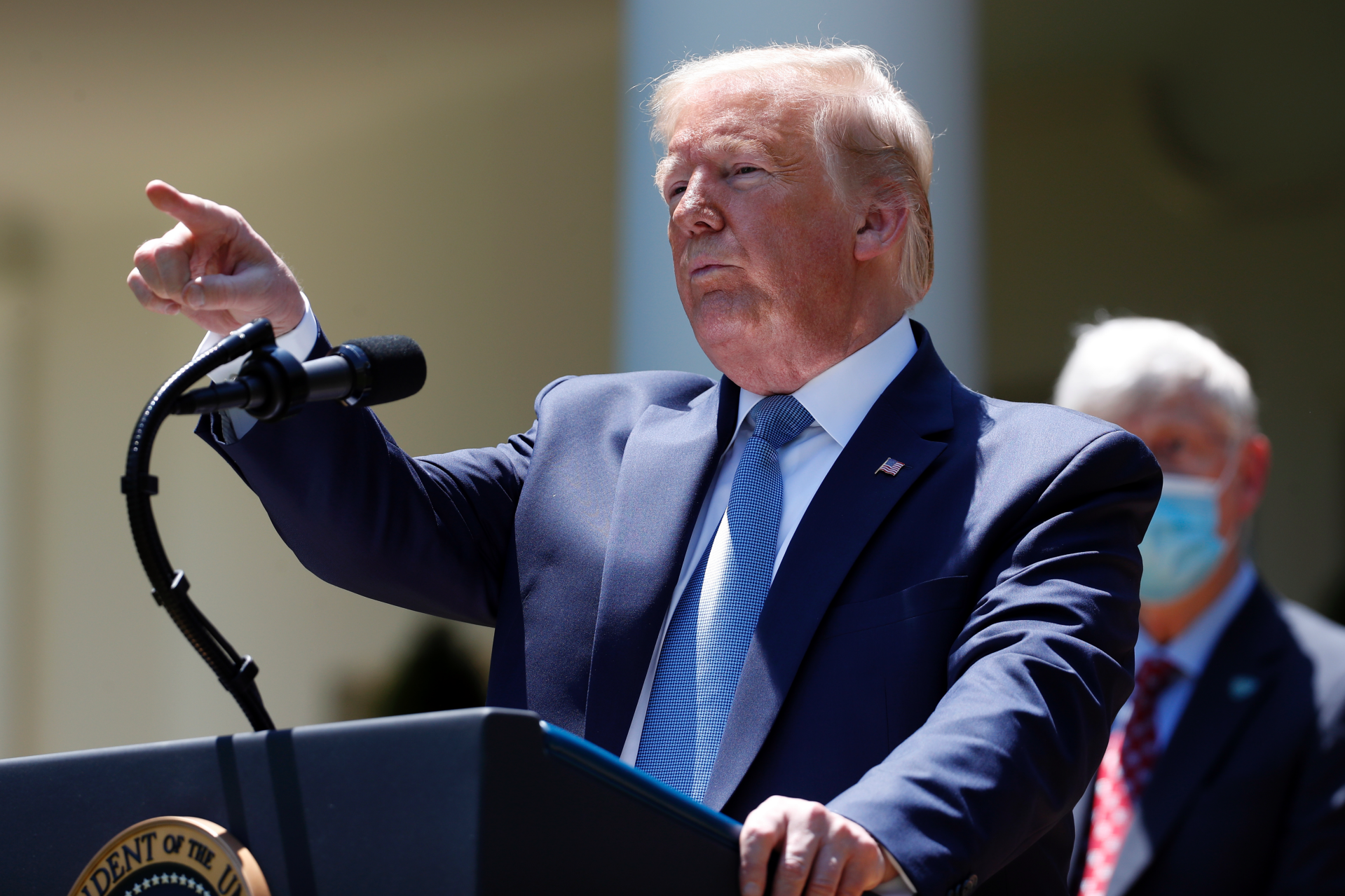 President Trump said Thursday that he ordered all flags on federal buildings to be lowered to half-staff for three days in memory of Americans lost to coronavirus.

On Monday, Memorial Day, flags would fly at half-staff to honor military veterans who lost their lives in combat.

As of Thursday, the U.S. lost 94,591 to coronavirus from over 1.5 million confirmed cases.

The American flag flies at half-staff on federal buildings typically when the whole nation is in mourning. Typically, in observance of Memorial Day the flag is to fly at half-staff from sunrise until noon and then is raised to full height from noon until sunset.

In 1954, President Dwight Eisenhower issued a proclamation standardizing the dates and times the flag is to be flown at half-staff on federal buildings — 30 days for the death of a president or former president; 10 days for a vice president, chief justice or speaker of the House; and for other leaders in Congress or supreme court justices it is to be lowered from the day of death until the day of burial.

In 2019, the flag was lowered to half-staff for a total of 19 days — in addition to days of remembrance the president honored the passing of two congressmen and an associate justice and recognized the victims of three mass shootings.

Trump slams Biden for Latino diversity remarks: ‘What a…