Trump orders flags at half-staff to honor John Lewis; possible he could lie in state 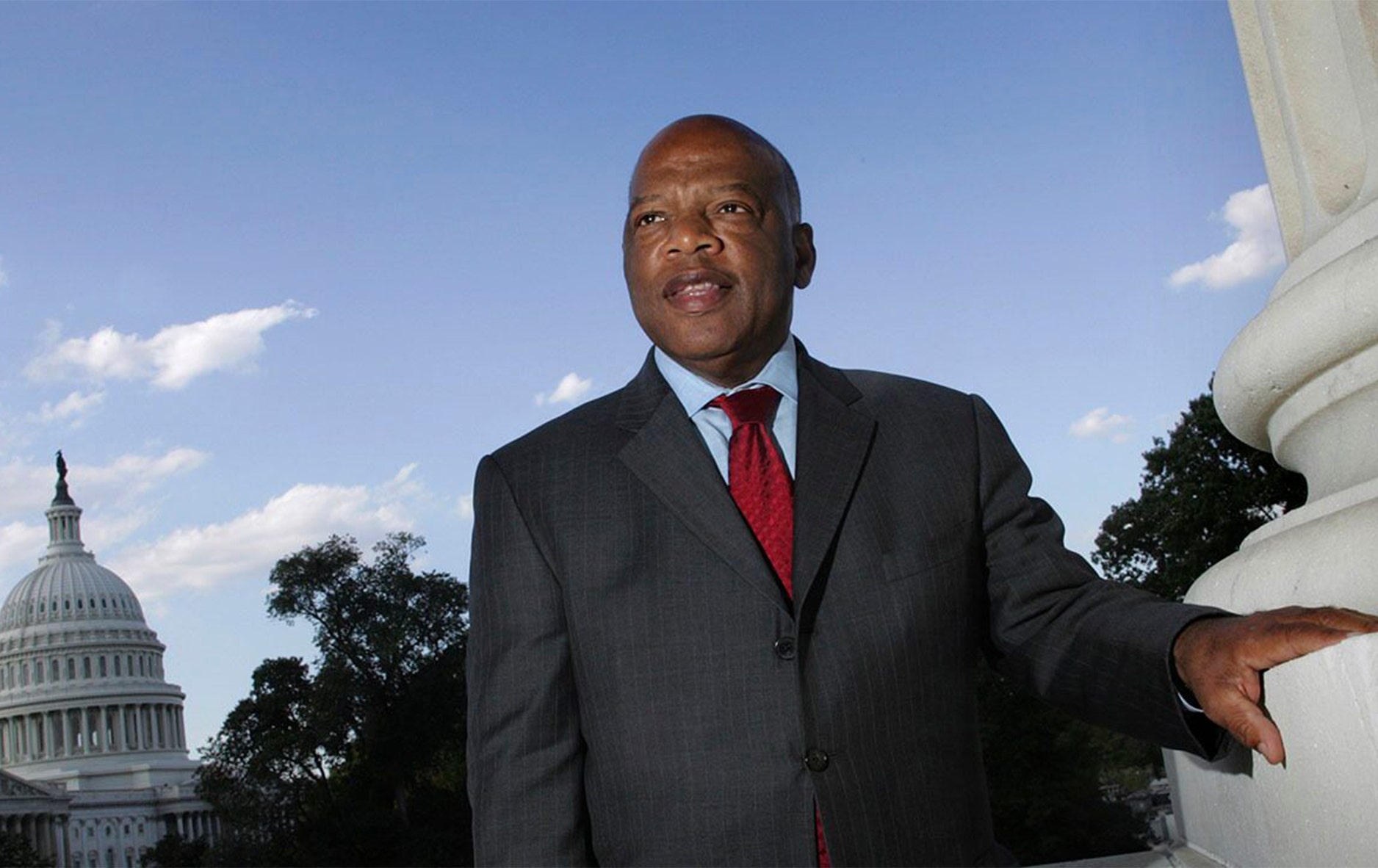 Flags at the White House and U.S. Capitol were lowered to half staff Saturday morning to honor the late Rep. John Lewis, who died Friday night at the age of 80 and President Trump ordered all American flags to be lowered nationwide for the rest of the day.

The tribute to signify a nation in mourning is the first of what is expected to be many ways the civil rights leader and longtime congressman from Georiga will be eulogized.

It’s possible Lewis will lie in state at the Capitol, an honor reserved for American heroes and dignitaries and occurring just 36 times in U.S. history. However, House and Senate leadership have not made such an announcement yet.

“I’m sure it will happen,” one senior House Democratic source told Fox News.

By Saturday morning, the American flag at the White House was lowered. Trump, who spent the morning at his golf course in Virginia, issued a presidential proclamation shortly after 11 a.m. to order all U.S. flags be flown at half-staff at the White House, all public buildings and grounds, all military posts and embassies for the remainder of Saturday to honor Lewis.

TRIBUTES POUR IN FOR CIVIL RIGHTS ICON AND US REP. JOHN LEWIS: ‘WE HAVE LOST A GIANT’

“Rep. John Lewis was an icon of the civil rights movement, and he leaves an enduring legacy that will never be forgotten,” McEnany said. “We hold his family in our prayers, as we remember Rep. John Lewis’ incredible contributions to our country.”

Drew Hammill, a spokesperson for House Speaker Nancy Pelosi, announced Saturday she had ordered the flags lowered at the Capitol due to the passing of Lewis. Pelosi hailed Lewis as “one of the greatest heroes of American history” and “the conscience of the Congress.”

On plans for Lewis to lie in state at the Capitol Rotunda, Hammill said: “I don’t have any announcements at this time.”

Lewis was one of the rare political figures in Washington who was widely revered. At a time when politics is so divisive and Republicans and Democrats are firmly entrenched in separate camps, Lewis was the congressman who transcended party affiliation and was regarded as a national treasure in Washington.

Rep. Ilhan Omar, D-Minn., said she burst into tears when she first arrived at the Capitol for freshman orientation in 2018 and had a chance to meet Lewis.

“I ran into Congressman John Lewis and I burst into tears and I said to him, ‘Sir, I read about you in middle school and you are here in the flesh and I get to be your colleague,’” Omar said at the time.

REP. JOHN LEWIS: TIMELINE OF EVENTS IN A REMARKABLE LIFE

Sen. Tim Scott, R-S.C., also recalled Lewis welcoming him “with open arms” during the nascent days of his political career.

“He was a giant among men; his life and legacy will continue to serve as an example for the generations to come,” Scott tweeted.

The Rotunda of the U.S. Capitol has been been the most revered place for the nation to pay final tribute to its most celebrated citizens, including President Abraham Lincoln, President John F. Kennedy and Rosa Parks. The honor requires approval from congressional leadership or a congressional resolution.

The most recent American legends who have lain in state or in honor were Rep. Elijah Cummings, President George H.W. Bush, Sen. John McCain and the Rev. Billy Graham.

Tributes for Lewis poured in Saturday from former Presidents Jimmy Carter, George W. Bush, Bill Clinton and Barack Obama and lawmakers from both parties who praised Lewis for his lifelong dedication to finding liberty and justice for all.

Bush recalled Lewis’s marching for equality in Selma, Ala. where he “answered brutal violence with courageous hope.” Carter said Lewis “made an indelible mark on history through his quest to make our nation more just.”

Bill and Hillary Clinton called Lewis the “conscience of the nation” and said they were grateful their friend “lived to see a new generation of Americans take to the streets in search of his long-sought ‘beloved community.'”

Obama, who awarded Lewis the Presidential Medal of Freedom in 2011 for his courage and unwavering commitment to justice, said Lewis “loved this country so much that he risked his life and his blood so that it might live up to its promise.”

US attorney calls for probe into federal crackdown on Portland riots; DHS chief promises ‘we will never surrender’

McConnell makes appeal for wearing masks: ‘It is about protecting…