Trump on origins of coronavirus in Chinese lab: ‘We’re going to find out’ 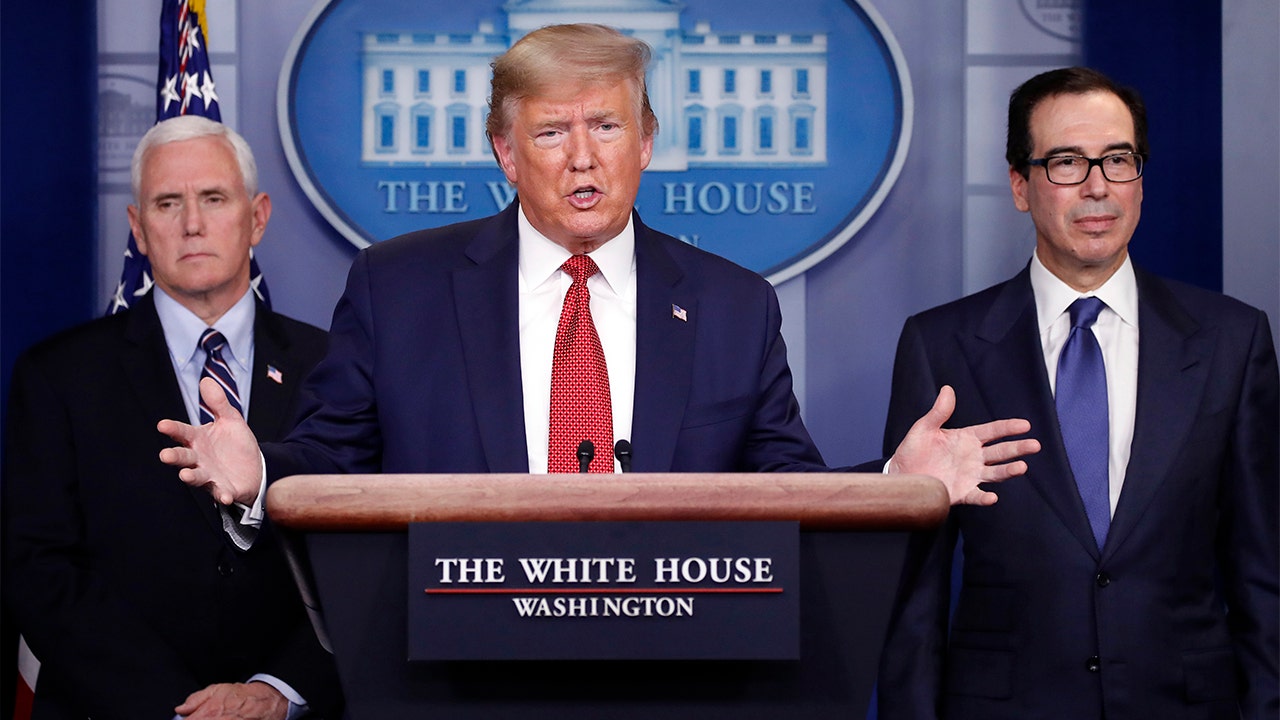 President Trump said Friday the federal government is investigating whether the novel coronavirus escaped from a Wuhan lab and pledged the U.S. government will find out how the deadly pandemic was unleashed from China.

Asked about the accuracy of news stories — reported first at Fox News — that COVID-19 likely started spreading first from a Wuhan lab and not from a Chinese wet market, Trump signaled the U.S. is taking the matter seriously.

“… There is a lot of investigation going on and we’re going to find out,” Trump said of the origin of COVD-19.

Trump said the global pandemic could have been prevented had China taken action in the early days.

“All I can say is wherever it came from — it came from China, in whatever form — 184 countries are suffering because of it. And it’s too bad, isn’t it? It could have been solved very easily when it was just starting.”

Trump’s comments coincide with Fox News’ earlier reporting that the U.S. is conducting a full-scale investigation into whether the novel coronavirus, which went on to morph into a global pandemic that has brought the global economy to its knees, escaped from a lab in Wuhan, China.

Intelligence operatives are said to be gathering information about the laboratory and the initial outbreak of the virus. Intelligence analysts are piecing together a timeline of what the government knew and “creating an accurate picture of what happened,” the sources said.

Once that investigation is complete — something that is expected to happen in the near-term — the findings will be presented to the Trump administration. At that point, White House policymakers and Trump will use the findings to determine how to hold the country accountable for the pandemic.

Fox News first reported on Wednesday that there is increasing confidence that the outbreak likely originated in a Wuhan lab, not as a bioweapon but as part of a Chinese effort to show that its efforts to identify and combat viruses are equal or greater than those of the U.S.

U.S. officials and the intelligence community have confirmed to Fox News that they have taken the possibility of the coronavirus being man-made or engineered inside China as some sort of bioweapon off the table and have ruled it out at this point.

Sources point to the structure of the virus, in saying the genome mapping specifically shows it was not genetically altered. The sources believe the initial transmission of the virus was a naturally occurring strain that was being studied there — and then went into the population in Wuhan.

Sources say the investigation of open source and classified data points to the work in the lab of Dr. Shi Zhengli, who was working on antivirals and immunizations for coronavirus, specifically with bats.

U.S. officials are 100 percent confident China went to great lengths to cover up after the virus was out, the sources said.

Additionally, the sources believe that the World Health Organization — which the president paused funding to this week over its role in the crisis — was either complicit in the cover-up, or looked the other way.

Secretary of State Mike Pompeo on Friday reiterated that the administration was eyeing the Wuhan Institute of Virology and accused the Chinese government of stonewalling scientists from finding out what happened.

“We know that the first sightings of this occurred within miles of the Wuhan Institute of Virology.  We know that this – the history of the facility, the first BSL-4 lab where there’s high-end virus research being conducted, took place at that site,” Pompeo said on the Hugh Hewitt Show. “We know that the Chinese Communist Party, when it began to evaluate what to do inside of Wuhan, considered whether the WIV was, in fact, the place where this came from.