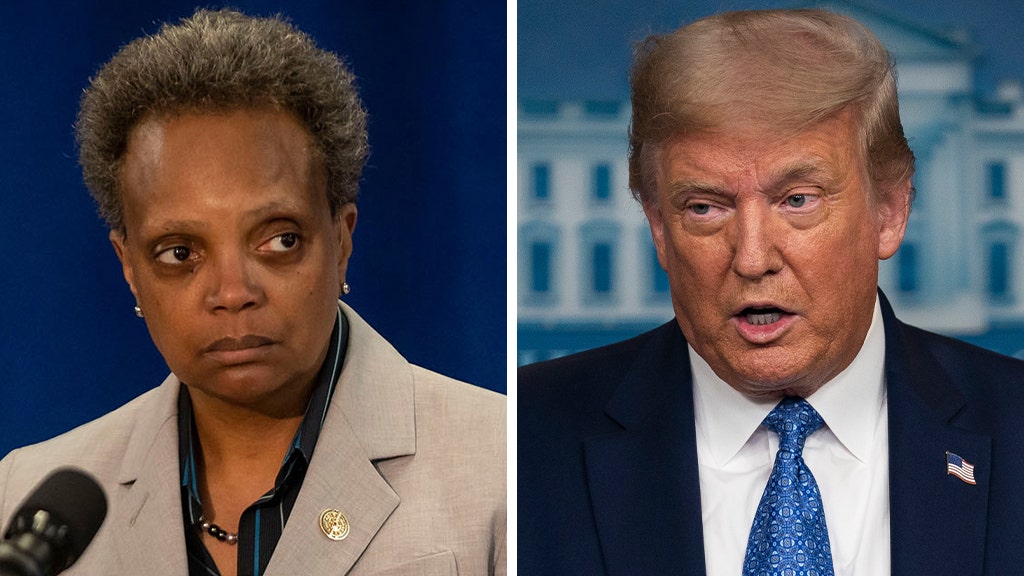 Chicago Mayor Lori Lightfoot said she spoke with President Trump over the phone Wednesday over his intention to deploy a “surge” of federal agents to the city, which has been plagued by sharp increases in violent crimes.

“The conversation was brief and straightforward,” a statement from Lightfoot’s office read. “Mayor Lightfoot maintains that all resources will be investigatory in nature and be coordinated through the U.S. Attorney’s office. The Mayor has made clear that if there is any deviation from what has been announced, we will pursue all available legal options to protect Chicagoans.”

Lightfoot and several other progressive mayors have resisted efforts by the Trump administration to send federal forces to their cities to combat either a rise in crime, the destruction of federal property, or both. In a news briefing to announce the passing of several unrelated measures by the City Council, Lightfoot said Trump “got the message” that federal agents like those deployed to Portland, Ore., don’t belong in Chicago.

“We don’t need federal troops. We don’t need unnamed, secret federal agents roaming around the streets of Chicago, taking residents without cause and violating their basic constitutional rights,” the mayor said. “I’m glad that the president got the message.”

“I’m glad to see that he realized that what he did in Portland was a grave abuse of his presidential power,” she added.

Chicago is currently experiencing an uptick in gun violence that has seen dozens of people shot daily. On Tuesday, gunfire erupted outside a funeral home on the city’s South Side that saw 15 people wounded. Hours later, a 3-year-old girl was shot in the head. She was expected to survive.

Over the past weekend, more than 60 people were shot and 12 were killed. Trump has continually singled out Chicago for its high levels of crime while blaming Democratic leaders for failing to quell the violence.

“Perhaps no citizens have suffered more from the menace of violent crime than the wonderful people of Chicago, a city I know very well,” Trump said during his Wednesday announcement to deploy federal agents to the city.

While berating Lightfoot on Wednesday, Trump called the Chicago a “disaster” and said “she’s making a big mistake” in response to her opposition to the presence of federal forces.

Agents will also be sent to Albuquerque, N.M., and could be deployed to other cities experiencing a resurgence in gun violence. Local authorities and lawmakers where agents have been placed have said the agents only escalate tensions between residents and law enforcement.

Usually, the Justice Department sends agents under its own umbrella, like agents from the Bureau of Alcohol, Tobacco, Firearms and Explosives or the Drug Enforcement Administration. But this surge effort will include Department of Homeland Security Investigations (HSI) officers, who generally conduct drug trafficking and child exploitation investigations.