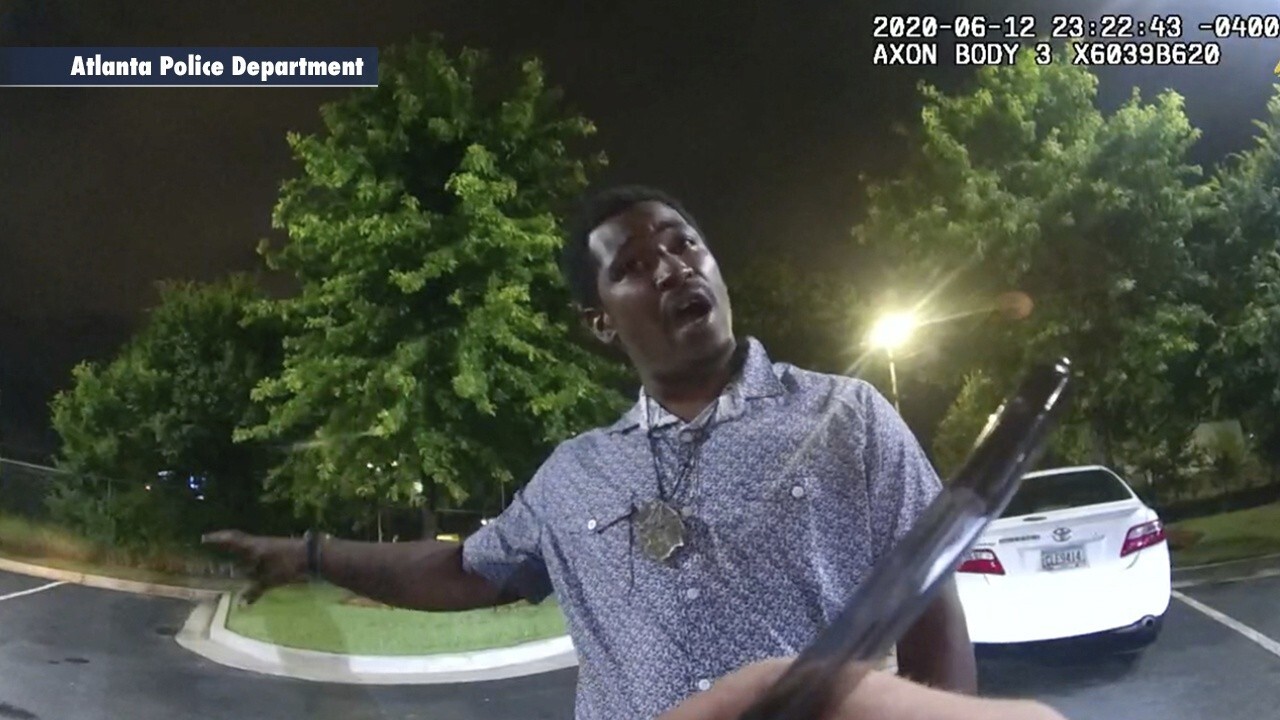 President Trump on Monday called the shooting death of Rayshard Brooks by Atlanta police over the weekend “very disturbing” in his first public comment on the incident.

“I thought it was a terrible situation,” Trump said Monday during a roundtable event at the White House. “To me it was very disturbing.”

Atlanta police video released Sunday showing a seemingly routine sobriety check outside a Wendy’s restaurant that quickly spun out of control, ending in gunfire. The killing of Brooks, a 27-year-old black man, in an encounter with two white officers late Friday rekindled fiery protests in Atlanta and prompted the police chief’s resignation.

Police said Sunday the department terminated Officer Garrett Rolfe, who fired the fatal shots, and officer Devin Brosnan was placed on administrative duty. Rolfe had worked for the department since October 2013, and Brosnan since September 2018.

An autopsy found that Brooks was shot twice in the back late Friday by police while trying to flee.

Fulton County District Attorney Paul Howard said he hopes to decide by midweek whether to charge the officers. The Georgia Bureau of Investigation was put in charge of the investigation.

The shooting comes at a time of heightened tension over accusations of police brutality and racial injustice, and calls for reforms across the U.S. following the May 25 death of Floyd in Minneapolis. Floyd died after a now-fired police officer, Derek Chauvin, put his knee on the unarmed black man’s neck for almost nine minutes. Chauvin has been charged with second-degree murder.

Authorities have announced a $10,000 reward for information finding those responsible for setting fire to the Wendy’s restaurant at the shooting scene. Flames gutted the restaurant late Saturday after demonstrations grew turbulent. The protests prompted 36 arrests.

More than 100 people, some sporting umbrellas and rain gear after on-and-off rain, protested peacefully at the site Sunday evening. Police blocked some side streets, slowing traffic in the area as people held up signs.

“Not only are we hurt, we are angry,” said Chassidy Evans, Brooks’ niece. “When does it stop? We’re not only pleading for justice. We’re pleading for change.”

About 20 of Brooks’ children, siblings, cousins and other family members sobbed at a news conference as more than 1,000 people gathered not far away at an NAACP-led protest outside the Georgia Capitol.

Police video showed Brooks cooperating with the officers for more than 40 minutes until a breath test determined his blood-alcohol level was over the legal limit. When one of the officers moved to handcuff him, Brooks tried to run and the officers took him to the ground.

Brooks broke free and took off with a Taser but was shot. Rolfe told authorities that Brooks had fired the Taser at him.

Asked why Brooks ran, family attorney L. Chris Stewart suggested he may have feared for his life.

“They put George Floyd in handcuffs and he was subsequently killed,” Stewart said. “So just getting put in handcuffs if you’re African American doesn’t mean, oh, you’re going to get nicely taken to the back of a police car.”

Space Force flag to be unveiled to the world, presented to President Trump on…

Trump blasts statue removals: ‘If you give power to people that…