Tom Cruise always brings his A-game when it comes to his work, according to his “Top Gun: Maverick” co-star Jennifer Connelly.

The 49-year-old actress opened up to Entertainment Tonight about what fans can expect from the highly anticipated sequel — and Cruise himself, saying the actor “sets the bar really high.”

“Having seen some of the footage of the flying sequences, it’s unreal,” Connelly told the outlet on Thursday, adding that her fellow castmembers “were all really presented with quite a challenge and it’s pretty extraordinary what they did.”

“He doesn’t let any opportunity go by,” the “Snowpiercer” star added.

In the upcoming movie — which has been pushed back to Dec. 23 due to the coronavirus pandemic — Cruise’s character, Pete “Maverick” Mitchell, return to the skies in order to train a new, younger crop of U.S. Navy fighter pilot cadets. Connelly plays the new love interest of Maverick.

Despite keeping Kilmer’s role a secret, Bruckheimer told Yahoo Entertainment on Wednesday: “No spoilers, but he’s in the movie.” 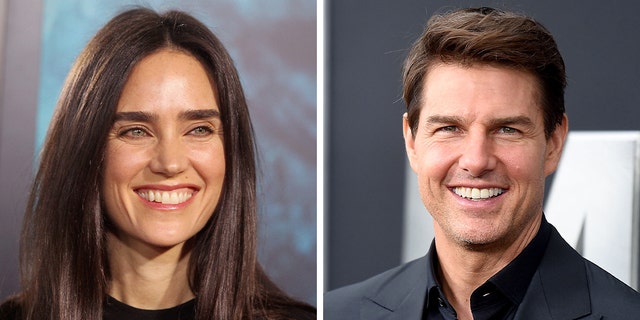 In his memoir, “I’m Your Huckleberry,” Kilmer takes a deep dive into the characteristics he said were prevalent while on the set of the 1986 movie “Top Gun” — and explained a faction-type dichotomy where he was the leader of the “party boys” as Cruise displayed “laser-like” focus on his way to becoming “greatest action hero in the history of film.”

“Tom refrained from our revelry, with good reason,” he said, according to the excerpts obtained by the  Daily Beast. “From day one, he was laser-focused on a singular goal: to become the greatest action hero in the history of film. He was up nights learning lines; he spent every waking hour perfecting his stunts. His dedication was admirable. Of course, even more admirable is the fact that he achieved his goal.”