For Tim McGraw and wife Faith Hill, the couple’s quarantine routine isn’t too different than how they would normally be spending their time, however, there is one thing the country star does that annoys his spouse.

“I spent 30 years in hotel rooms going in and out, so I’ve never even thought about cleaning up, but she’s a neat freak, so she likes everything pretty clean,” McGraw, 53, told Entertainment Tonight in an interview published Friday.

WHAT TIM MCGRAW GOT FAITH HILL FOR THEIR 23RD WEDDING ANNIVERSARY 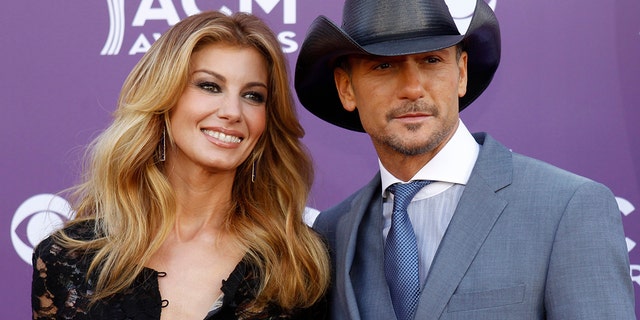 McGraw noted that aside from cleaning, everything is pretty much the same for the pair, describing them as “homebodies.”

“Faith and I spend 90 percent of our time together,” the country crooner said. “We’re sort of homebodies. We don’t get out much and we always cook at home. We don’t eat out much.

“We’re always around the house, so we spend a lot of time together anyway. But this has been really good. We enjoy just cuddling up and watching movies, TV series,”‘ McGraw added.

The couple is currently self-isolating with their daughters Maggie, 21, and Audrey, 18, while their eldest child, Gracie, 23, is in Los Angeles.

“We’re doing well,” McGraw told the outlet. “We’re spending a lot of time with family together. We have gotten to spend some time cooking and hanging out and just enjoying each other’s company.”

As for what they’ve been whipping up in the kitchen? “I call my mama to get recipes now, stuff that I remember as a kid,” McGraw said. “I think there’s been a lot of nostalgia during this, and that’s the same thing with food. We wanted to cook stuff that we grew up with, stuff that we remember from our childhood.”

In addition to spending more time with his family, McGraw has also released a new single titled “I Called Mama,” ahead of Mother’s Day.

“It’s about anybody who you’re connected with, anybody you love, anybody that’s sort of an anchor to you, it’s somebody that can stabilize you and make you feel a little bit more comfortable during the times that we’re going through,” he explained to Entertainment Tonight about the meaning behind the tune.

“I think that song speaks to that as much as anything,” McGraw added.

Jake Gyllenhaal ready to focus on his personal life: ‘I’ve seen how much of my life I’ve neglected’

Pennsylvania lawmaker tears into GOP after colleague tests positive for…