Tamar Braxton‘s relationship with WeTV has drawn to a bitter close.

The network released a statement on Friday – which Fox News obtained – explaining that they will “work with her representatives to honor her request to end all future work for the network.”

Braxton spoke out about her mental health struggles for the first time on Thursday following a reported hospitalization when she was allegedly found unresponsive in a hotel room earlier this month.

At the time, several outlets reported that her boyfriend found her unresponsive at the Ritz-Carlton in Los Angeles on the night of July 16. Reps for Braxton, 43, did not respond to Fox News’ previous request for comment.

On Thursday, the reality star took to Instagram to share a lengthy statement along with a picture of herself hugging her son.

TAMAR BRAXTON: GOD WANTED TO ‘PROTECT ME’ FROM ‘THE REAL’

In her public statement, the “All the Way Home” songstress, 43, revealed that she “wrote a letter over 2 months ago asking to be freed from what I believed was excessive and unfair.” Braxton said she detailed the “demise” she was experiencing at the time, however, her “cry for help went totally ignored.” 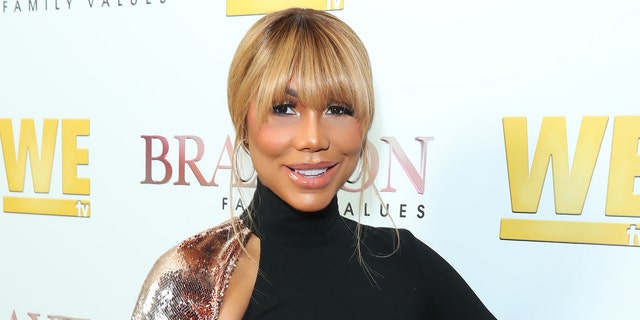 “Tamar Braxton has been an important part of our network family for more than a decade,” the network said. “As she focuses on her health and recovery at what is clearly a difficult and personal time, we will work with her representatives to honor her request to end all future work for the network. We wish her nothing but the best.”

The network had been home to the Grammy-nominated singer’s reality series “Braxton Family Values” for six seasons and Braxton also has another project on the horizon, titled “Get Ya Life!”

Braxton is said to still appear in a few episodes of “Braxton Family Values” during Season 7, which began production prior to Braxton’s “attempt to end my pain and my life,” according to Variety.

The show has been on air since 2011 and also stars Braxton’s sisters Toni, Traci, Trina, and Towanda, as well as their mother Evelyn.

Braxton, along with her family – including R&B star Toni Braxton – has spent plenty of time in the public eye thanks to her endeavors in television, including the reality shows “Braxton Family Values” and “Celebrity Big Brother,” while she also served as a co-host of “The Real” for three seasons.

If you or someone you know is having thoughts of suicide, please contact the National Suicide Prevention Lifeline at 1-800-273-TALK (8255).

Tarek El Moussa details marriage proposal to Heather Rae Young: ‘I knew my life would never be the same’

In Apple TV+ series, Oprah Winfrey says being White ‘gives you an advantage no…

Neil Young sues Trump campaign over use of music at events

Kristin Cavallari reunites with ex Stephen Colletti for a picture

Michael Dukakis warns Biden to ignore the polls: ‘No guarantee…

De Blasio can no longer ‘hide behind’ his black wife,…