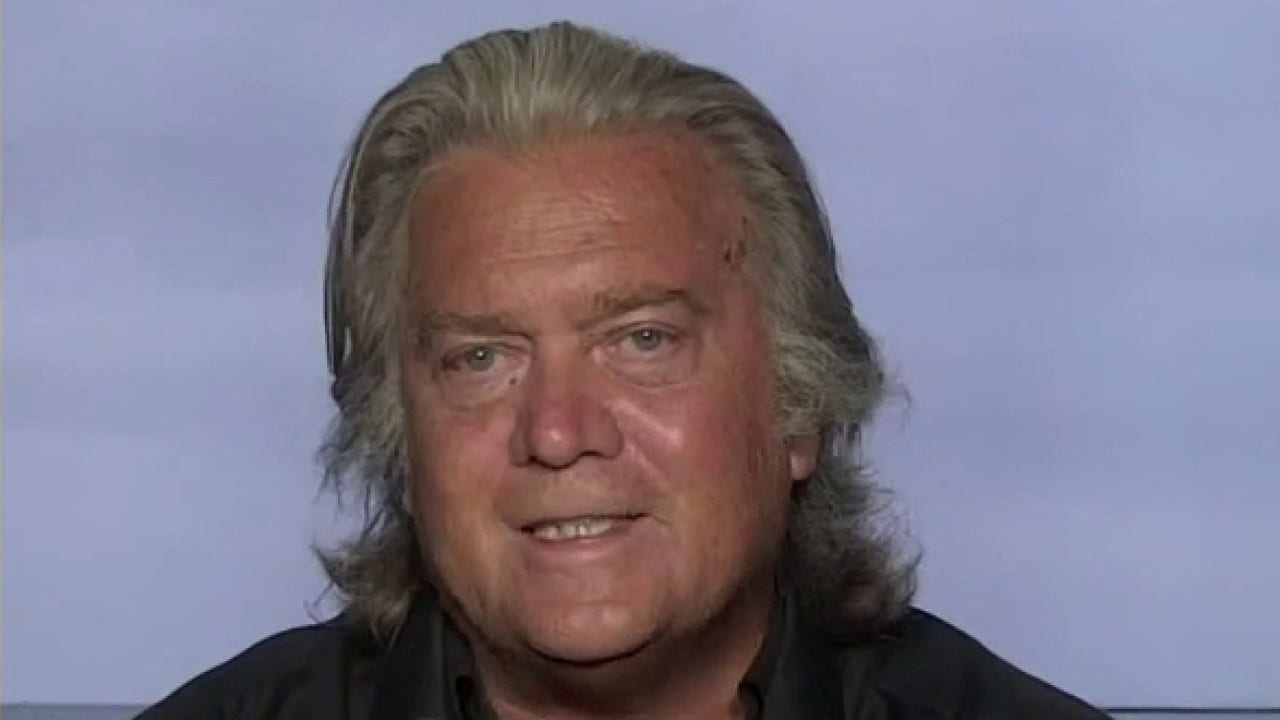 “I think this week is going to be great for the Trump campaign and the RNC [Republican National Convention] and the White House to let the American people see exactly what the [Democrats’] policies are,” Bannon told host Maria Bartiromo.

He then explained that Democrats “want death and destruction.”

“They want the death of the American economy and the destruction of the American way of life, and I think if that’s highlighted by the end of the week, it’ll smoke Joe Biden out of his basement,” Bannon continued.

Bannon made the comments the day before the 2020 Democratic National Convention is scheduled to begin. The convention marks the official transition of Joe Biden from the party’s presumptive nominee to its official presidential candidate. It will also provide the party with four nights of programming to rally its base and persuade swing voters to join their cause.

Bartiromo pointed out on Sunday that Bannon “helped lead Donald Trump to victory in 2016 as the chief executive of Trump’s campaign” and asked him what he thought of the DNC’s lineup, which includes speeches from Sen. Bernie Sanders, I-Vt., and former presidents Bill Clinton and Barack Obama.

“I think this is perfect for President Trump,” Bannon said in response. “In fact, if I was the campaign or the RNC I would amplify the messages coming out of this convention and here is why: President Trump won in [20]16 because he stood up for America, he stood up for working class and middle class people against a financial and political elite that was driving the managed decline of the United States and you’re going to see it over the next four days.”

He went on to explain that Democrats will be “talking about more globalization, more economic devastation, now coupled with this kind of undergirding of this cultural Marxism and anarchy of Antifa and certain elements of the Black Lives Matter [movement].”

He then pointed out that under the Obama-Biden Administration “you had the greatest concentration of wealth in America’s history.”

“President Trump turned that around to a striver’s economy where Blacks, Hispanics, the working class, middle class are starting to get increases in pay and lower unemployment,” he added.

In September, before the coronavirus pandemic was declared in the United States, the unemployment rate was 3.5%, a 50-year low.

Bannon stressed that during the DNC Biden is going to have to “prove that he could take on Donald Trump because I think the policies themselves will blow this election out.”

The RNC is scheduled to begin on August 24.

Top Republicans say they are praying for Trump after positive…