Spain nursing home ravaged by coronavirus managed by company that ‘didn’t give a da–,’ nurse says

Nursing homes have become a flashpoint in the global coronavirus pandemic, with more than a third of the U.S.’ 100,000 deaths occuring in such facilities, and higher proportions reported in such countries as Canada, Ireland and France. Spain’s more than 19,000 nursing home deaths is out of an official overall death toll of about 27,000, but that is likely an undercount because it includes only those who tested positive. Some estimates put the actual toll as high as 43,000.

Spain’s $4.9 billion eldercare industry has 373,000 elderly people in more than 5,400 nursing homes, and it has increasingly become profit-driven, with 7 out of 10 beds privately run.

Nearly 45 percent of the remaining public ones, around 45,000 beds, are offered to be managed by private companies, the vast majority of which are backed by domestic and foreign private-equity firms eager to get a return on typically short-term investments. 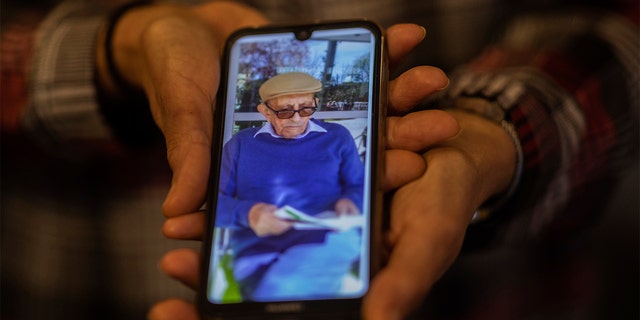 In this Monday, May 18, 2020 photo, Elena Valero shows a picture of her father Alonso Valero, 96, in Madrid, Spain. Alonso Valero was one of the residents at the Usera Center for the Elderly, who died during the coronavirus outbreak in Spain.  (AP Photo/Bernat Armangue)

An Associated Press investigation into a 160-bed nursing home where 42 people died revealed widespread cost-cutting for years leading up to the pandemic and a series of questionable decisions at the height of the crisis. That included the facility’s top doctor instructing workers for weeks not to wear masks, and allowing six crucial days to pass before complying with a government order to separate the sick from the well.

Dozens of interviews with workers, relatives and residents themselves, along with publicly available documents, painted a picture of a stripped-down, “fast-food” version of elder care. They described broken equipment, missed medications and nurse’s assistants responsible for caring for 10 or more residents at a time, with meals often cut short and some residents told to wear diapers to reduce trips to the bathroom.

The private company that operates the Usera Center for the Elderly disputed AP’s reporting of poor care and declined to comment on calls by eldercare watchdogs and others to reform a system that puts private-equity profit incentives on public nursing homes. 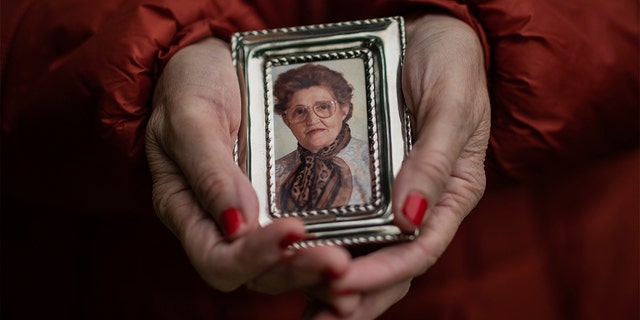 In this Thursday, May 14, 2020 photo, Teresa Navarro shows a picture of her mother Concepcion Rosinos , 97, in Madrid, Spain. Concepcion Rosinos was one of the residents at the Usera Center for the Elderly, who died during the coronavirus outbreak in Spain. (AP Photo/Bernat Armangue)

María Mendoza, who has worked at Usera for 12 years as an auxiliary nurse, said the new owners imposed staff cuts almost immediately and “everything went downhill from there.”

They decided a doctor during the night shift was no longer needed, and that they could get by with fewer nurses. Mendoza says the facility’s maintenance also was kept to a minimum. A toilet or an elevator would break and go unrepaired for weeks. There were leaks. And cranes used to lift residents from their beds would break and not be fixed.

By the end of 2016, Usera’s management changed hands when Quavitae sold its nursing home operations to DomusVi, which was founded by one of France’s richest businessmen, Yves Journel. It has since become Spain’s leading private operator of nursing homes, with more than 20,000 beds in over 150 facilities. 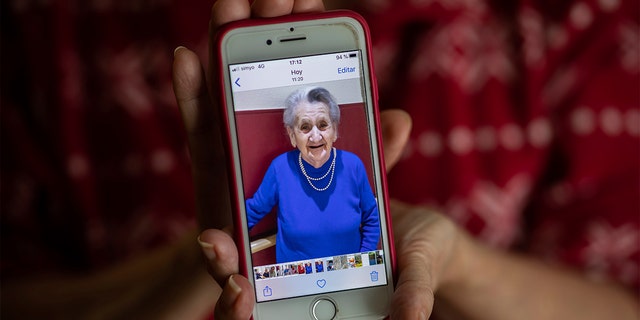 In this Monday, May 18, 2020 photo, Isabel Fraile shows a picture of her mother Estefania Carretero, 93, in Madrid, Spain. Estefania Carretero was one of the residents at the Usera Center for the Elderly, who died during the coronavirus outbreak in Spain. (AP Photo/Bernat Armangue)

Then the coronavirus struck.

Mendoza, the auxiliary nurse, says there seemed to be a shift after it became clear DomusVi was about to be permanently replaced.

“Because this company already had one foot outside,” she says, “they didn’t give a damn about us.”