Ship with no crew to sail across the Atlantic 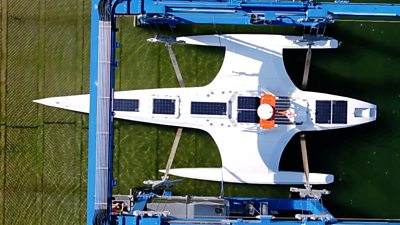 A full-size, fully-autonomous research ship is to make one of the world’s first autonomous transatlantic voyages.

Promare, a non-profit marine research organisation, has worked with IBM, a global consortium of partners and scientific organisations to build the Mayflower Autonomous Ship (MAS).

Launching from Plymouth in the UK on 16 September 2020, the ship will travel to Plymouth, Massachusetts, after spending six months gathering data about the state of the ocean.

With no crew on board, Andy Stanford-Clark, chief technology officer for IBM in the UK, explains how an AI ‘captain’ will plot the ship’s course.

When changing a light bulb is a really big deal

Super Mario at 35: ‘The little plumber who defined a genre’

Social media ‘a blessing and a curse’ for Little Mix

The tech putting the beef into Australian cattle farming