Sen. Kennedy on GOP response to Heroes Act: ‘We can’t get our heads that far up our rear ends’ 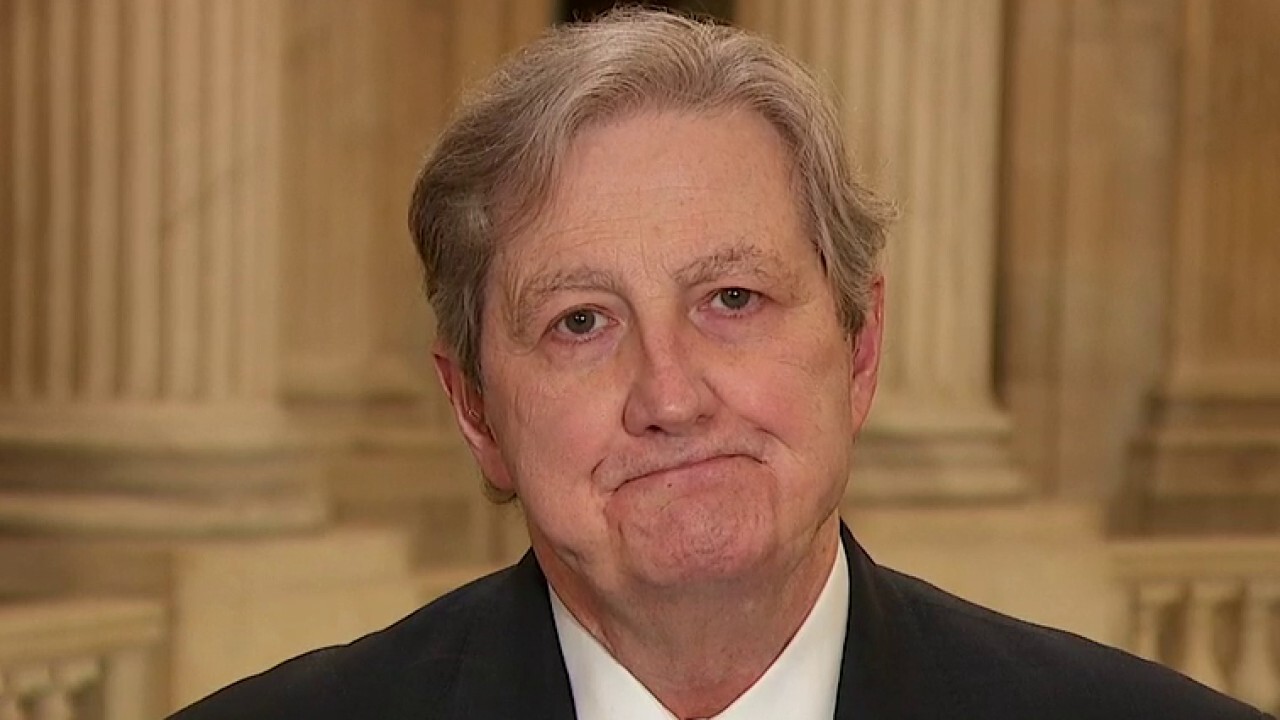 Sen. John Kennedy, R-La., said on Sunday that he believes the $3 trillion Heroes Act that the Democrat-led House passed late last week has no chance of clearing the Senate – arguing that it is more of a Democrat wish list than it is legislation meant to ease the economic blow from the coronavirus pandemic.

“It’s not going to pass the Senate, nor should it,” Kennedy said during an interview on “Sunday Morning Futures.” “My fellow Republicans in the Senate have tried to see things from the speaker’s point of view, but we can’t get our heads that far up our rear ends, and I think any fair-minded American would agree.”

Democrats on Friday powered the massive $3 trillion coronavirus relief bill through the House, an election-year measure they say is designed to brace a U.S. economy in free fall and a health care system struggling to contain a pandemic still pummeling the country.

Friday’s 208-199 vote, with all but one Republican opposed, advances what boils down to a campaign-season display of Democratic economic and health-care priorities. It has no chance of becoming law as written, but will likely spark difficult negotiations with the White House and Senate Republicans. Any product would probably be the last major COVID-19 response bill before November’s presidential and congressional elections.

The enormous Democratic measure would cost more than the prior four coronavirus bills combined. It would deliver almost $1 trillion for state and local governments, another round of $1,200 direct payments to individuals and help for the unemployed, renters and homeowners, college debt holders and the struggling Postal Service.

“Not to act now is not only irresponsible in a humanitarian way, it is irresponsible because it’s only going to cost more,” warned House Speaker Nancy Pelosi, D-Calif. “More in terms of lives, livelihood, cost to the budget, cost to our democracy.”

Republicans in both chambers of Congress have mocked the bill as bloated with Democrat demands and that it is dead on arrival in the GOP-led Senate and, for good measure, faced a White House veto threat. Party leaders say they want to assess how $3 trillion approved earlier is working and see if some states’ partial business reopenings would spark an economic revival that would ease the need for more safety net programs.

“Her bill would rewrite our immigration laws. Her bill would federalize elections,” he said. “It would allow federal prisoners to go free. It mentions dope more than it talks about jobs. I think it references cannabis like 68 times. It would expand ObamaCare.”

Kennedy continued: “And let me end as I began. It would cost $3 trillion. That’s 3,000 billion dollars. We just spent $3 trillion. We need to see how that works.”