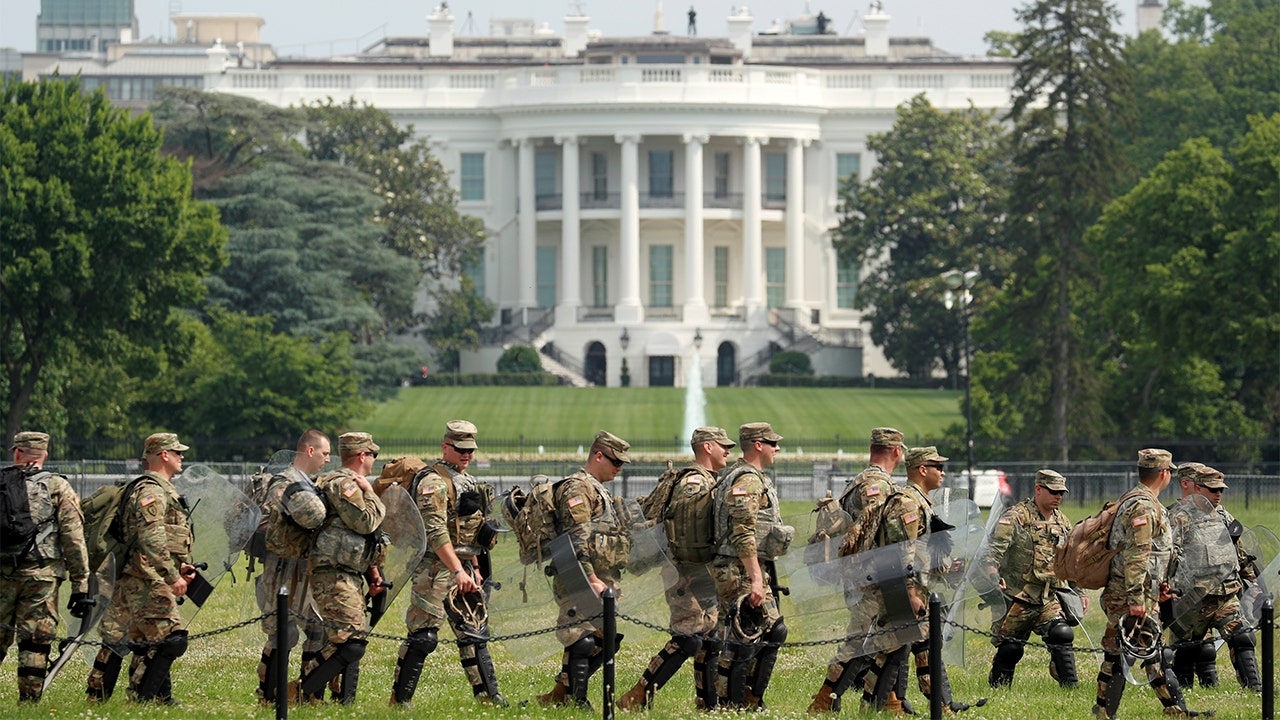 Some temporary fencing around the White House, which was installed during the unrest following the death of George Floyd, is set to be removed by Wednesday, a Secret Service spokesperson told Fox News.

“The temporary fencing on the south side of the White House complex, to include the Ellipse, will be removed on or about June 10,” a Secret Service spokesperson said, noting that the fencing around Lafayette Park, the north side, will remain in place for the time being.“The Secret Service is in continuing discussions with the U.S. Park Police regarding the temporary security fencing in and around Lafayette Park.”

More than 5,000 National Guard service members descended on the nation’s capital to assist law enforcement with police-brutality demonstrations, some of which turned to violent looting and burning. At the height of the unrest over the weekend following May 25, the day Floyd died, numerous Secret Service agents were injured, fires blazed near the White House as authorities searched for car bombs and President Trump was reportedly taken to an underground bunker. Trump later said he went to the bunker for “inspection”

After the city’s largest protest yet Saturday, demonstrations have become more peaceful, and the Guard will send its out-of-state members home this week.

On Monday House Speaker Nancy Pelosi, D-Calif., and Senate Minority Leader Chuck Schumer, D-N.Y., wrote a letter to President Trump asking him to take down the fencing and reopen Lafayette Square – calling the park “a place which has long been a venue where Americans can gather to freely exercise their constitutional rights in close proximity to the White House.”

“You have now erected heavy, semi-permanent steel fencing to wall off the Square,” the lawmakers wrote. “Your conversion of this unique public park in the heart of our Nation’s capital to what looks like a militarized zone denies citizens access to the park and sends the worst possible message to the American public and people around the world.”

The top Democrats criticized Trump for the controversial move last Monday to clear the square of protestors before the president made a visit to the nearby St. John’s Church, where rioters had started a fire. Several thousand protesters had gathered in the area for demonstrations, and a curfew was taking effect.

Mayors of Chicago, Portland, other cities blast deployment of federal…