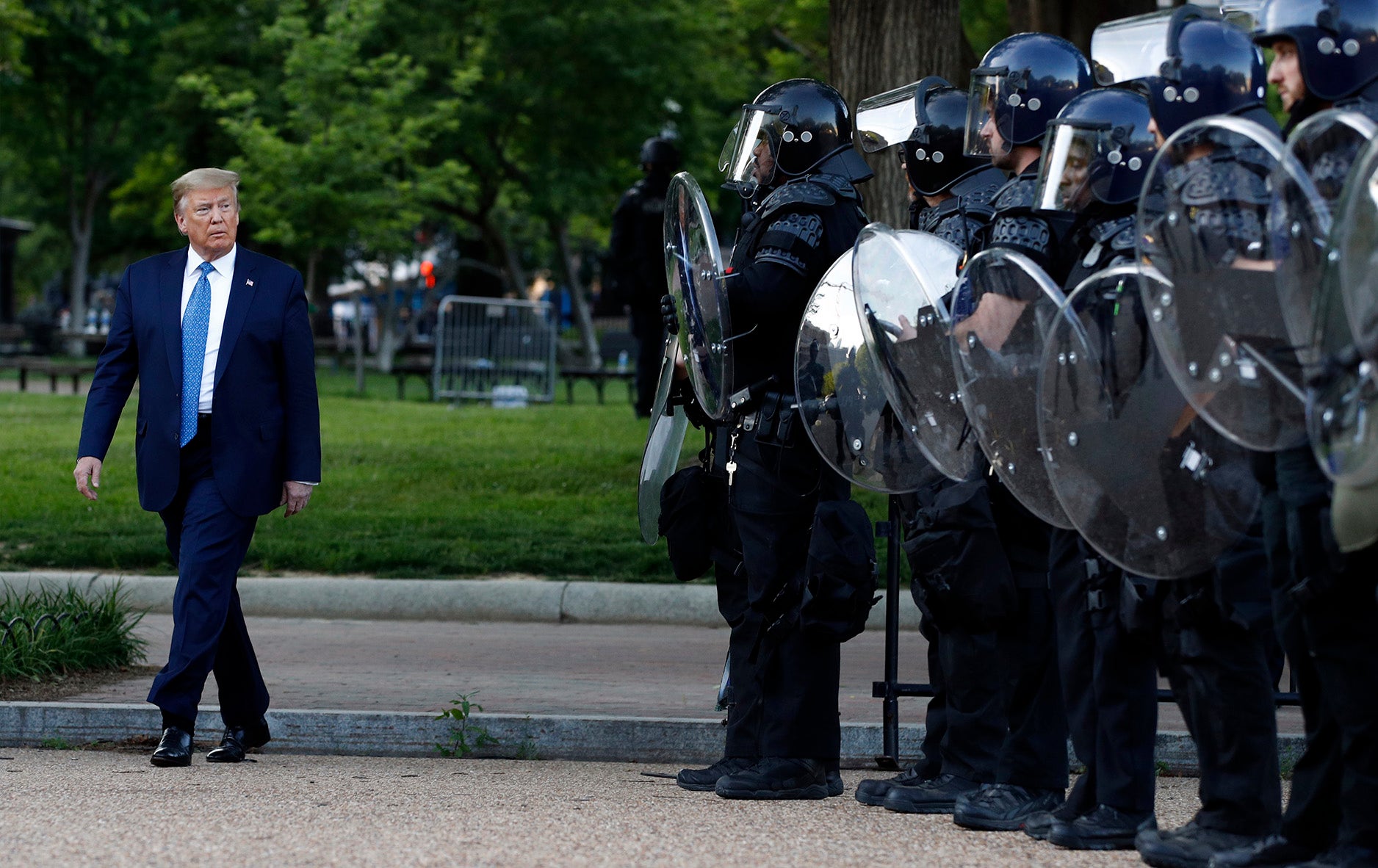 Mr. President, tear down this wall – around Lafayette Square.

In a letter to Trump, Pelosi and Schumer asked the president to take down the fencing and reopen Lafayette Square – calling the park “a place which has long been a venue where Americans can gather to freely exercise their constitutional rights in close proximity to the White House.”

“You have now erected heavy, semi-permanent steel fencing to wall off the Square,” the lawmakers wrote. “Your conversion of this unique public park in the heart of our Nation’s capital to what looks like a militarized zone denies citizens access to the park and sends the worst possible message to the American public and people around the world.”

They added: “Lafayette Square should be a symbol of freedom and openness, not a place behind which the leader of our Executive Branch cowers in fear of protesters who are crying out for justice… We therefore urge you to tear down these walls, reopen Lafayette Square, and allow the public to gather there for you and all the world to hear their voices.”

The top Democrats criticized Trump for the controversial move last Monday to clear the square of protestors before the president made a visit to the nearby St. John’s Church, which rioters had burned. Several thousand protesters had gathered in the area for demonstrations, and a curfew was taking effect.

Just as the president was about to address the media in the Rose Garden, law-enforcement officers were seen aggressively forcing the protesters out of the park.

“You were responsible for ordering federal officers to force peaceful protestors from the Square using tear gas and other violent means, in clear violation of the protestors’ First Amendment rights of freedom of speech and assembly,” Pelosi and Schumer wrote in their letter. “This deeply offensive action was taken in service of the regrettable political stunt you staged at St. John’s Church that evening.”

The United States Park Police has pushed back against claims that the protest was entirely peaceful, and the White House has defended the move, saying it helped stop violence that was breaking out there.