Just as a new poll showed Kentucky Democrat Amy McGrath pulling into a statistical tie in her U.S. Senate election fight against the incumbent, Senate Majority Leader Mitch McConnell, some other news emerged that could spell trouble for her campaign.

“As Louisville has become an epicenter of national tragedy and protests due to the police murders of Breonna Taylor and David McAtee, Charles has shown leadership by showing up on the frontlines,” Sanders wrote in a statement, according to the Courier Journal of Louisville. “He was an endorser of our campaign for president and supports progressive policies such as criminal justice reform, Medicare for All and getting big money out of politics.”

Ocasio-Cortez said Booker would make the Senate “a better place.”

Booker, who will compete against McGrath in the Democratic primary June 23 for the right to face McConnell in November, is running to the left of McGrath, a former U.S. Marine Corps fighter pilot who has positioned herself as a moderate in a state that President Trump won by 30 points in 2016.

“I’m running for U.S. Senate because, in this crisis, Kentucky needs a real Democrat to take on Mitch McConnell,” Booker, in his first statewide TV ad, said this week, according to the Lexington Herald Leader. “Someone who will fight to guarantee health care and living wages for all, and not help Trump just get his way.”

McConnell, 78, is Kentucky’s longest-serving U.S. senator, having held his seat since January 1985. His campaign responded Tuesday to news of the Sanders and Ocasio-Cortez endorsements of Booker. 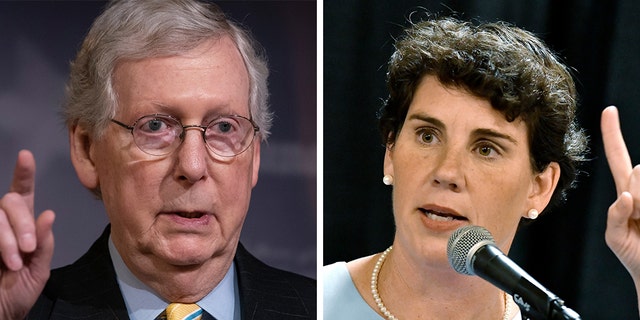 “Amy McGrath has been running an inauthentic, extreme campaign for nearly a year, and she is still unattractive to Democratic voters,” McConnell campaign manager Kevin Golden told The Courier Journal, still seemingly more concerned with McGrath than Booker. “It’s not surprising that Democrats are already looking for a replacement.”

Booker has raised $700,000 just in June and more than $315,000 in the first three months of the year, but McGrath, who is backed by the Democratic Senatorial Campaign Committee, raised nearly $13 million in the first quarter of the year. 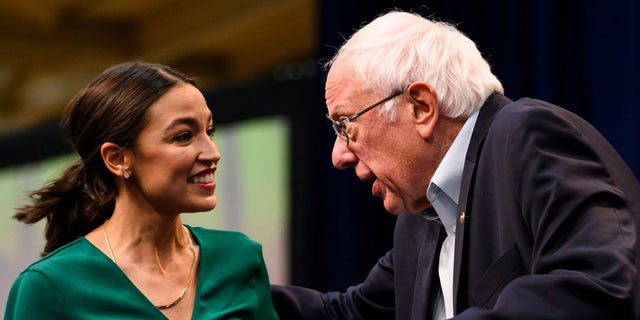 “Amy McGrath spent over 20 years serving her country and doing what’s right above partisan politics and that’s what she will do for Kentucky,” McGrath spokesperson Terry Sebastian told the Herald Leader. “Working families want to hear solutions not partisan rhetoric. That’s one of the many things that makes her different from Mitch McConnell.”

Booker is also backed by 16 Democrats in Kentucky’s Legislature.

McGrath has a one-point lead over McConnell in a new RMG Research poll conducted over May 21-24.

Trump says his ‘personality’ is giving him a low…