Ryan Seacrest and Shayna Taylor are once again going their separate ways — only this time the split is said to be permanent.

“Ryan and Shayna decided to end their romantic relationship amicably some time ago,” a representative for Seacrest told People magazine on Monday. “They remain good friends, each other’s biggest supporters and will always cherish their time together as a couple.”

Per the outlet, the “American Idol” host has also reportedly moved on and has since been dating a woman he’s currently on vacation with in Mexico, all but marking an end to the on-again, off-again romance with Taylor.

RYAN SEACREST ‘DID NOT HAVE ANY KIND OF STROKE’ ON TV, ACCORDING TO REP

Seacrest, 45, and Taylor, a 28-year-old personal chef, kicked off their relationship back in 2013 and broke up briefly in 2014. According to People, the couple moved in together in May 2017, but two years later, the pair would again call it quits although they vowed to remain friends.

It took a summer vacation in Italy aboard a yacht before the pair were rumored to have reignited their flame, and by September, the couple was humming along again.

RYAN SEACREST ADDRESSES HIS HEALTH ON ‘LIVE’ RETURN, SAYS IT WAS ‘EXHAUSTION’

The “Live with Kelly and Ryan” co-host has previously addressed his cat-and-mouse game with Taylor, describing their connection as a “roller coaster” ride in celebration of their third anniversary. 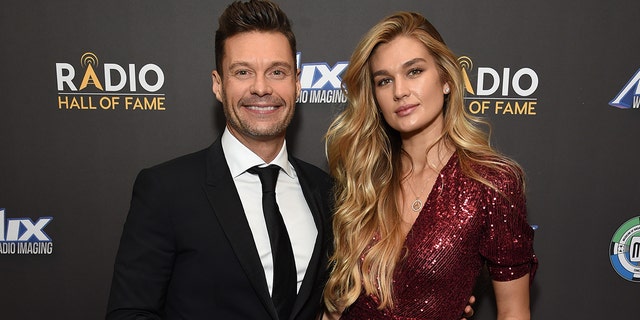 “But it’s not your relationship anniversary, May 1,” Ripa said.

“No, it’s an eight-year run, but it’s our third run together,” Seacrest explained. “So we celebrate each trial.”

While Ripa exuded that the “third time’s a charm!” Seacrest didn’t sound too convinced that the couple wouldn’t break up once more, adding that “nothing’s perfect” and “you just keep trying until you get it right.”

Last February, amid their second breakup, an insider close to Taylor confirmed to People that the pair wasn’t in sync when it came to future plans and described the bout, at the time, as an “amicable split.”

“Shayna wanted more out of the relationship,” the source said. “It felt like the natural next step for her. She was ready to get married, but Ryan wasn’t there yet.”

Then September rolled around and the two were back giving their union another go-around.

As recently as April, Seacrest gave Taylor a birthday shout-out on social media when he shared a throwback photo of the two together on a beach.

“Happy birthday to a chef, a legend, and an angel @shaynateresetaylor!” he wrote. “Here’s a throwback from before our new normal.”

A rep for Seacrest did not immediately respond to Fox News’ request for comment.

Chase Rice responds to backlash over packed concert amid coronavirus pandemic: ‘Please go by the rules’

US says China blocking return of American passenger jets amid…