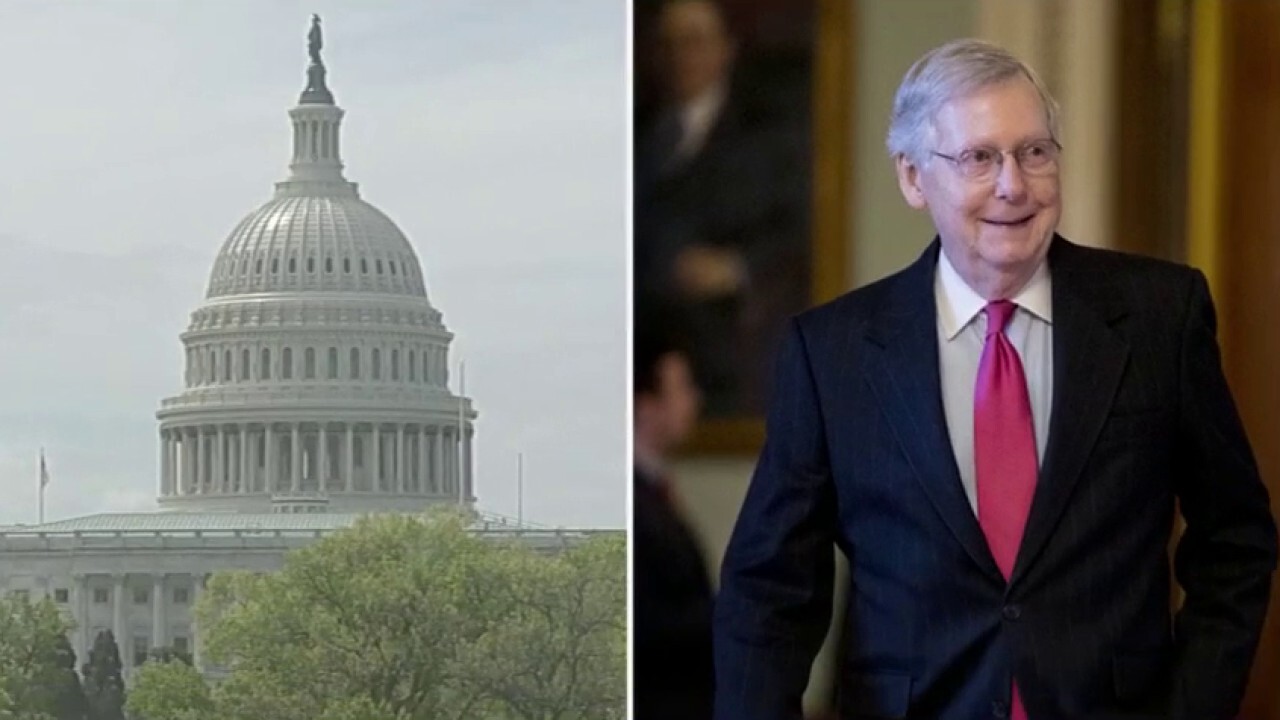 One could consolidate the challenges facing Republicans in 2020 into a matter of hours late Tuesday night and early Wednesday morning last week.

Washington awoke last Wednesday morning to the surprise that Senate Democrats, serving in the minority, were able to finagle Republicans into passing on the spot legislation to extend the Paycheck Protection Program [PPP] through early August.

Nobody seemed to have seen this coming – especially since Democrats have excoriated Republicans for weeks about refusing to advance any bills of late to combat coronavirus and the associated economic fallout.

Democrats said they’ve been exasperated with Senate Majority Leader Mitch McConnell, R-Ky., declining to prepare coronavirus measures. McConnell spoke in recent days with President Trump about the next wave of legislation. The Kentucky Republican has continued to promote curbs on legal liability – protecting schools and businesses if people get sick. The president has touted additional direct payments to Americans in another coronavirus bill. But, the next coronavirus measure is far from settled.

Democrats seemed to believe they could drive a political wedge through the GOP’s reluctance to act right away.

The Senate could approve a bill in one of three ways. There’s a roll-call vote. There’s a voice-vote (“aye!” and “nay!”). And, there’s something called “unanimous consent,” when any senator could ask that the body approve a bill right there and then. And, so long as no senator were to object on the floor, the bill would pass.

As it’s been written in this space before, you can make the sun rise in the west in the Senate if you have unanimous consent. Ninety-nine senators could favor a bill, but all it takes is one senator to object. That would thwart everything.

But, that’s not what happened in an underreported episode, stunning most veteran observers of the world’s greatest deliberative body.

For the first time in years, the Senate approved legislation, via a bona fide, “live,” unanimous-consent request – without having determined everything in advance. It was a rare moment.

Senate Democrats came to the floor and expected the usual objection to their proposal to extend the PPP. Sen. Rick Scott expressed reservations. The Florida Republican attempted to change the Democrats’ plan. But, Sen. Ben Cardin of Maryland, the top Democrat on the Senate Small Business Committee, objected to Scott’s proposal. However, when Democrats again pressed the issue, neither Scott nor any other Republican objected to extending the PPP program through August 8.

Boom. That meant the Senate passed the bill, in a manner of seconds.

“We were shocked,” one senior Senate Democratic source conceded.

Fox News is told that Republicans were concerned about standing in the way of the proposal and there wasn’t a lawmaker on their side willing to object, considering the overall popularity of the PPP.

In other words, what was supposed to be a media stunt by Democrats turned into on-the-spot passage of a bill to re-up the PPP.

The PPP was set to expire a few hours later with over $130 billion still not allocated.

The House then synced up with the Senate the next day, sending the measure to President Trump, which he signed.

But, a signature isn’t guaranteed for the annual defense bill.

In the wee hours of Wednesday morning, Trump tweeted a veto threat to the defense plan. He opposed a provision in the legislation that ultimately would rename military bases associated with Confederates.

“I will Veto the Defense Authorization Bill if the Elizabeth ‘Pocahontas’ Warren (of all people!) Amendment, which will lead to the renaming (plus other bad things!) of Fort Bragg, Fort Robert E. Lee, and many other Military Bases from which we won Two World Wars, is in the Bill!?” Trump tweeted.

The core defense bill included language, approved in committee, that eventually would change the names of installations named after Confederates, in three years. Various Republicans have proposed amendments to modify those provisions in the bill. Republican senators have been leery about opposing new names in the current political climate. That’s one of the reasons the Armed Services Committee adopted the amendment from Warren, D-Mass., and incorporated it into the legislation when it came to the floor.

“This is nothing but the typical bluster from President Trump,” said Schumer, arguing Trump wouldn’t veto a bill which hiked pay for the military. “The NDAA [the defense bill] will pass and we will scrub from our military bases the names of men who fought for the Confederacy, who took up arms against our country.”

McConnell echoed Schumer during an appearance on Fox News.

“I hope the president will reconsider vetoing the entire defense bill, which includes pay raises for our troops, over a provision in there that could lead to changing the names,” McConnell said.

Privately, Republicans expressed concern about the president’s tweet and the consequences for the defense measure. But publicly, most ignored the president.

“I never read any of the president’s tweets,” said Sen. Roy Blunt, R-Mo., even though Twitter has served as the president’s primary method of communication and his tweets are considered official administration statements.

“He’s not going to veto it,” Inhofe said. “It will probably be November by the time it would be coming to his desk anyway. So, a lot can happen between now and then, and one [thing] that isn’t going to happen is a veto.”

Still, Inhofe observed that Trump was “serious” and, “it’s not an empty threat.”

Rep. Anthony Brown, D-Md., a member of the House Armed Services panel, argued that the president’s position was “not really understanding where the will of the majority of Americans are” when it came to the base names. Brown added that the defense plan probably would go to the White House for a presidential signature “post-election.”

And, the timeline suggested by both Inhofe and Brown is likely the reality.

But, both episodes distilled the issues Republicans have faced this year. Tip-toeing around, trying to provide economic relief for the country amid coronavirus – but not willing to jump in completely. Wanting to swab the names of Confederates off military bases – but hesitant to go too far, considering the ire of the president and vocal elements of the Republican base.

Both scenarios have symbolized a lack of capital on the GOP side of the aisle just months before the election. That’s why Republicans deferred to Democrats on the PPP. It’s the same reason why, at least for now, they accepted Warren’s amendment in committee. Hence, the expectation that the final, unified version of the defense bill won’t be ready until mid-November at the earliest.

Republicans are tentative now. Not on steady political footing, afraid to inflame President Trump, but mindful of the polls and potential political peril.

All of that was crystallized into two unrelated events which unfolded within a few hours of one another just last week.