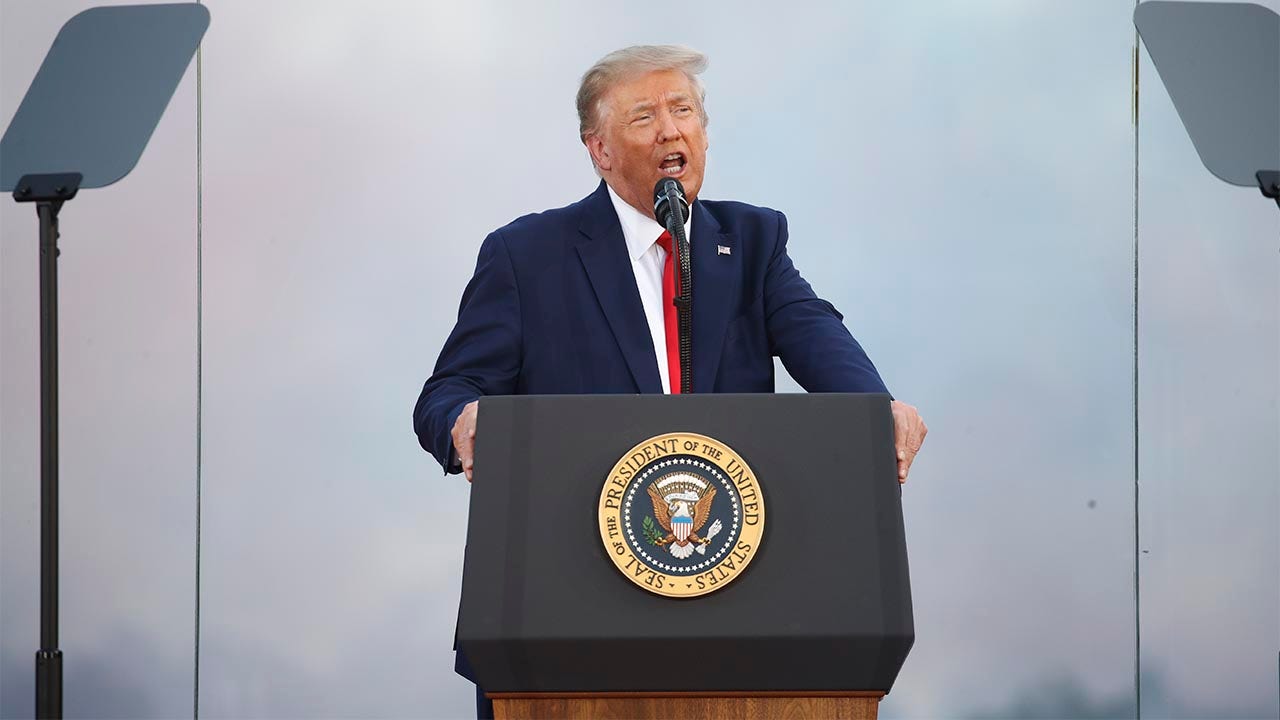 President Trump announced the allocation of new federal funding on Friday for the 9/11 Memorial and Museum.

“I am proud to announce $2 million for the @Sept11Memorial in NYC!,” he tweeted. “This special site ensures that the memory of the nearly 3,000 people killed in the terror attacks of September 11, 2001, as well as those lost in the World Trade Center bombing in 1993, will never be forgotten!”

It’s unclear where, however, where the new funds announced by Trump are coming from. The 9/11 Memorial and Museum, which honors the nearly 3,000 lives lost during terrorist attacks in 2001 and 1993, operates as a nonprofit. It has been closed for several months due to COVID-19 and is funded through donations as well as entry and concession fees.

This comes two weeks after the president spoke at Mount Rushmore about the sanctity of U.S. monuments and memorials on the Fourth of July.

In his speech, Trump pledged to protect federal monuments and also announced the creation of a National Garden of American Heroes to pay tribute to historically significant Americans. Some of those featured will include Supreme Court Justice Antonin Scalia, former President Ronald Regan, and Frederick Douglass.

Fox News reached out to the White House press office about the funding but did not hear back.