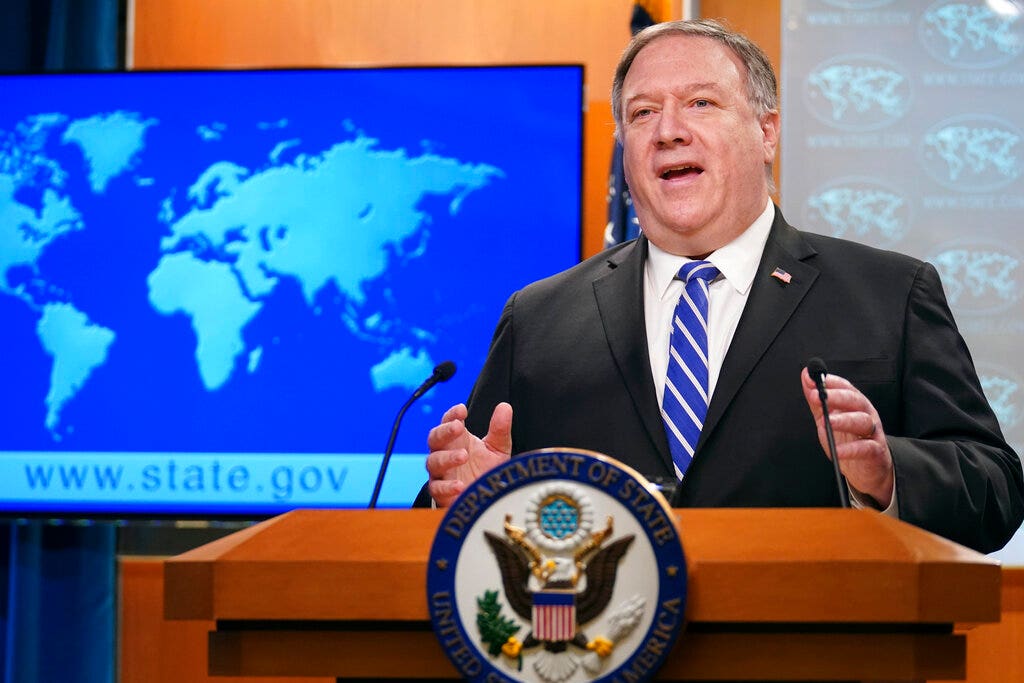 Secretary of State Mike Pompeo Saturday blasted the Chinese Communist Party’s “obscene propaganda” in the wake of George Floyd’s killing and accused the Chinese government of a “callous exploitation” of Floyd’s death.

“Beijing in recent days has showcased its continuing contempt for the truth and scorn for law,” Pompeo said Saturday in a statement. “The [Chinese Communist Party’s] propaganda efforts – seeking to conflate the United States’ actions in the wake of the death of George Floyd with the CCP’s continued denial of basic human rights and freedom – should be seen for the fraud that they are.”

China has reveled in the unrest in the United States in the wake of the May 25 death of Floyd while in the custody of a Minneapolis police officer who has been charged with his murder. China has accused the U.S. of a “double standard” by supporting anti-China protests in Hong Kong and criticizing China’s record on human rights when anti-racism protests rage throughout the U.S.

“I think the Chinese Communist propaganda apparatus is very grateful to have some burning cities in the United States right now, having had to suffer and feel deeply humiliated by the specter of Hong Kong being in a state of chaos,” Orville Schell, director of the Asia Society’s Center for U.S.-China Relations, told NPR.

China’s state-run TV and newspapers have given ample attention to the protests, airing vivid images of the chaos, looting and rioting in an effort to position China as a more stable power.

And Chinese Communist Party officials have trolled the U.S. on social media.

U.S. adversaries of Iran, Russia and China have all taken advantage of Floyd’s death and used social media to advance their agendas, according to a study done by Graphika.

In one example, the Chinese deputy foreign minister mocked House Speaker Nancy Pelosi for calling the Hong Kong demonstrations last year a “beautiful sight” by retweeting comments from the editor of a state-run outlet: “I want to ask Speaker Pelosi and Secretary Pompeo: Should Beijing support protests in the US, like you glorified rioters in Hong Kong?”

Pompeo said the contrast between the United States and the Chinese Communist Party (CCP) could not be more stark, while outlining several examples of how the CCP has sent journalists to prison, abused protesters, muzzled doctors warning of the coronavirus and imprisoned Muslims in re-education camps.

“As with dictatorships throughout history, no lie is too obscene, so long as it serves the Party’s lust for power,” Pompeo said. “This laughable propaganda should not fool anyone.”

Atlanta mayor calls for citizens to stop ‘shooting each other’ after…