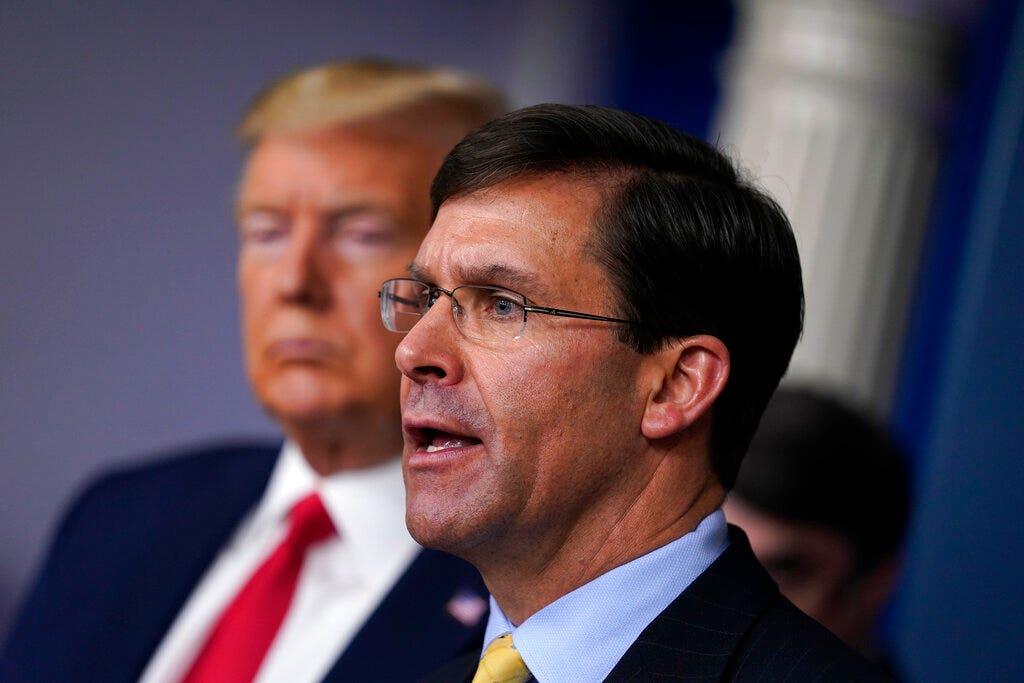 The Pentagon‘s military spending could be severely curbed to help the U.S. wriggle out of a $3.7 trillion deficit created by the uptick in federal spending to provide economic relief to Americans during the coronavirus pandemic.

Democrats in Congress have haggled for years to phase out older weapons and close under-used military bases to save money but have been met with resistance.

PENTAGON: ANYONE HOSPITALIZED FOR CORONAVIRUS ‘DISQUALIFIED’ FROM JOINING MILITARY WITHOUT WAIVER

The U.S. economy is steeped in debt, so the temptation to scale back on other paramount initiatives in the interest of national security has led Defense Secretary Mark Esper to predict an “accelerated … day of reckoning,” according to reports by the Associated Press.

Until now, Congress has narrowly backed an estimated $110 billion plan to fund the next generation of intercontinental ballistic missiles, which will replace the Minuteman 3.

For a projected 12 nuclear ballistic missile submarines, each boat is estimated at costing $6.6 billion, according to the Navy.

That number could shrink to nine due to the current deficit, Mackenzie Eaglen, a defense specialist at the American Enterprise Institute, told the AP.

The Navy several years ago accepted a two-year delay in the Columbia program, and according to a Congressional Research Service report last month, the first sub is now scheduled to enter service in 2031 and the number of subs in the fleet will drop to 10 for most of the 2030s as the current fleet of Ohio-class subs is retired.

This is only a part of an almost $1 trillion initiative to bolster nuclear modernization, which could take a hit, even as Esper presses the importance of putting the U.S.’ defense plans first.

“We’re not going to risk the strategic deterrent,” he said at a Pentagon news conference on May 5, referring to the overall nuclear arsenal, whose stated purpose is to deter a nuclear attack on the U.S. or its allies. “My inclination is not to risk any of the modernization programs. It’s to go back and pull out more of the legacy programs.”

The Congressional Budget Office has estimated the first 10 years of the modernization plan will cost nearly $500 billion, and that over a 30-year span the total would hit $1.2 trillion, including the cost of sustaining the current force.

In all, the administration’s proposed nuclear weapons budget for 2021 would approach $46 billion.

DNC Convention speakers: What to know about Stacey Abrams