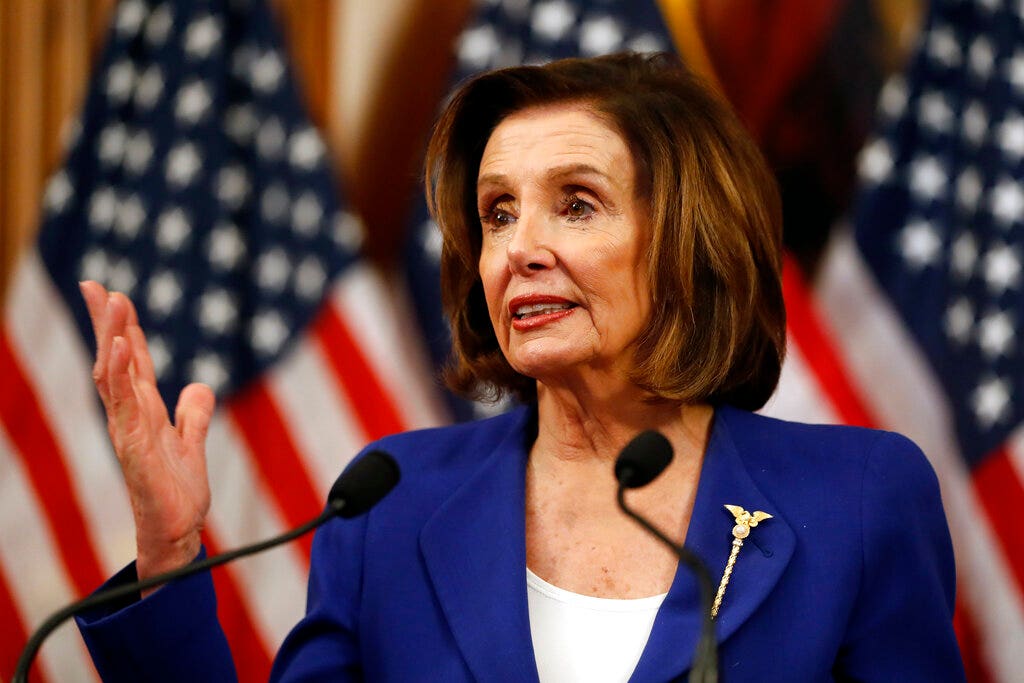 House Speaker Nancy Pelosi thinks the Democratic National Convention should be moved to a much bigger stadium so party faithful have space to social distance for Joe Biden‘s presidential nomination.

Pelosi, D-Calif., also said she suggested to DNC Chairman Tom Perez that the four-day event be cut down to one day in light of the coronavirus pandemic.

“My suggestion to Mr. Perez was get a gigantic stadium and put people six feet apart,” Pelosi said in a C-SPAN interview that aired Friday night. “So maybe … instead of having 80,000 people there, you would have 16,000 people there and just do it all in one day.”

DEMOCRATIC NATIONAL CONVENTION POSTPONED TO AUGUST DUE TO CORONAVIRUS CONCERNS

The DNC convention was already moved from July 13-16 to the week of Aug. 17 due to public health concerns of holding a large gathering during a pandemic.

The convention is still slated for Milwaukee’s Fiserv Forum. The arena is home to the Milwaukee Bucks basketball team and can seat about 17,000 people for games — a far smaller venue than what Pelosi suggested is needed for social distancing.

In the interview, Pelosi didn’t name the new venue or location she’d prefer.

But she waxed nostalgic about attending the 1960 Democratic National Convention with her parents where John F. Kennedy gave his acceptance speech at the Memorial Coliseum in Los Angeles that can seat nearly 80,000 people. She also mentioned Barack Obama’s 2008 speech at the Denver Bronco’s “Mile High” stadium, which can also seat close to 80,000 fans.

“How exciting it was to be in the stadium [when] John F. Kennedy and Barack Obama made their speeches, but never with the idea that they would fill it up in the case of the coronavirus,” Pelosi said of the size of the stadium she’s thinking.

The two stadiums in Wisconsin with that kind of capacity are the Green Bay Packers’ Lambeau Field and the Wisconsin Badgers Camp Randall Stadium in Madison.

Pelosi, the most powerful elected Democratic official in the country, said she was offering her advice and the decision would come down to the DNC.

“I have confidence in … Chairman Perez that he will make the right decision based on health and science,” Pelosi said. “But also, with the opportunity to do something new.”

Biden last month even floated an idea for a virtual convention given the safety concerns of the contagious virus.

Reached Saturday, DNC convention officials say they are still planning on a convention in Milwaukee this summer.

“Protecting the health and well-being of our host community and everyone involved with the convention will drive every decision we make as we put plans in place for August,” said convention CEO Joe Solmonese in a statement to Fox News.  “As we continue to learn more about the coronavirus and the impact it’s having on our country, we’ll continue to follow the guidance of public health experts and adjust our contingency plans. America has changed because of coronavirus, and we need to change with it, but I’m confident that we’ll be able to deliver a successful convention in Milwaukee this summer.”

“We are fully committed to an in-person event in August,” a GOP convention official told Fox News. “We’re forging ahead as originally planned.”

Pelosi snaps at reporter who mentions Trump: ‘Don’t waste your time or mine on what he says’

Kanye West will appear on Oklahoma’s ballot as an independent…

Graham: If GOP doesn’t fight, there will ‘never be another…