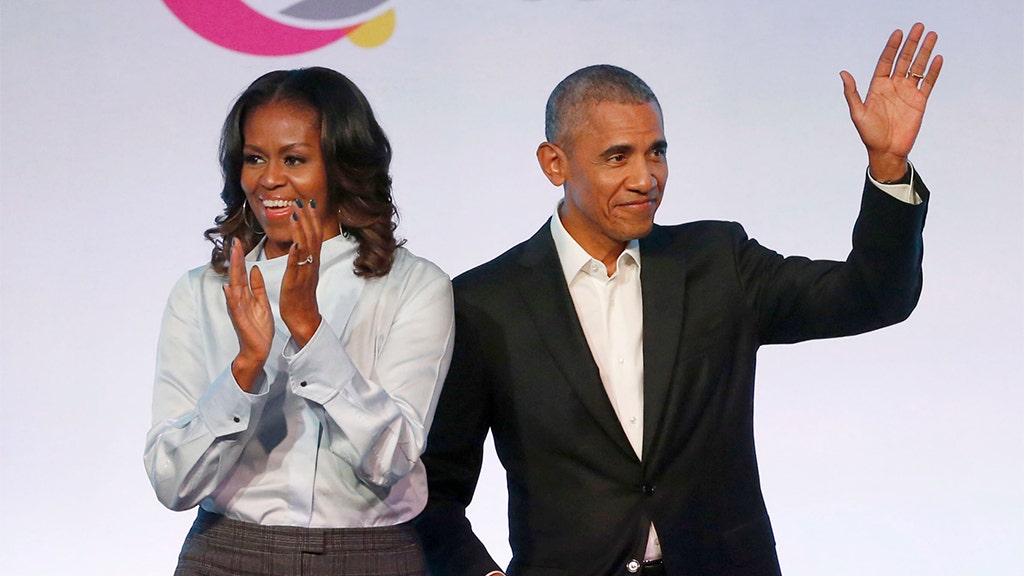 Former President Barack Obama and former first lady Michelle Obama headlined a star-studded line-up of celebrities who paid tribute to the class of 2020 in a virtual display, as well as saluting young protesters and activists nationwide amid unrest over the death of George Floyd in police custody.

Due to the coronavirus, high schools and colleges have looked to alternative methods of graduation to celebrate the end of an academic journey for seniors. That’s where celebrities and politicians have come in, including the Obamas, who appeared together in a video recorded in their home as part of the YouTube-organized effort.

“Today is the culmination of a long journey,” the former president said. “Just as you were rounding the final turn, the world threw a pandemic your way. … That’s a lot to ask of anybody, but despite all that, here you are.”

However, Michelle Obama returned later in the stream to address the protests, issuing a call for the students to encourage their peers to vote and learn more about local elections.

“What’s happening right now is the direct result of decades of unaddressed prejudice and inequality,” she said. “For too many people in this country, no matter how hard they work, there are structural barriers for them that just make the road longer and rockier.”

She continued, “Not only can you do better than those who came before you, but you will.”

The likes of Alicia Keys and Beyoncé added their own words of encouragement, telling the students that “change starts with you.”

“You have arrived here in the middle of a global crisis, a racial pandemic and worldwide expression of outrage at the senseless killing of yet another unarmed black human being, and you still made it,” Beyoncé said. “Thank you for using your collective voice in letting the world know that Black Lives Matter.”

“My plea to you: Don’t let anyone you tell you that you can’t be passionate about something because of the color of your skin, or your gender, or circumstances from which you came,” she continued. “It is your passion, work for it, embrace it, and it will pay dividends in life.”

Former President Obama closed out the ceremony, telling the students that they made him “optimistic about our future” because “we are a nation founded on protest.”

“Congratulations Class of 2020. Make it mean something, and keep making us proud.”

Hatch Act does not prohibit Trump from delivering RNC acceptance…