Obama, in leaked remarks with supporters, urges return to ‘rule of law’ while misstating law on Flynn case

Former President Obama falsely told thousands of supporters last week that former National Security Adviser Michael Flynn had been charged with perjury — then followed it up by suggesting that “there is no precedent that anybody can find” for someone accused of perjury “getting off scot-free,” according to a leaked account of his remarks.

Obama made the apparently incorrect assertions, which were first reported by Yahoo News and then confirmed by an Obama spokesperson, as it emerged that he was aware of the details of Flynn’s intercepted December 2016 phone calls with Russia’s then-Ambassador Sergey Kislyak, surprising then-Deputy Attorney General Sally Yates in a White House meeting.

“The news over the last 24 hours I think has been somewhat downplayed — about the Justice Department dropping charges against Michael Flynn,” Obama told more than 3,000 members of the Obama Alumni Association. “There is no precedent that anybody can find for someone who has been charged with perjury just getting off scot-free.”

“That’s the kind of stuff where you begin to get worried that basic — not just institutional norms — but our basic understanding of rule of law is at risk,” Obama continued. “And, when you start moving in those directions, it can accelerate pretty quickly, as we’ve seen in other places.”

In fact, Flynn was accused of one count of lying to federal agents, but he was not under oath in a legal proceeding, which a perjury charge would require.

And, as The Wall Street Journal editorial board observed, former President Bill Clinton faced no criminal charges despite the perjury allegation that led to his impeachment, and later acquittal, by the Senate.

There also has been clear precedent for criminal convictions being overturned based on prosecutorial misconduct. The government’s corruption case against former Alaska Sen. Ted Stevens, for example, collapsed after his conviction, as it emerged that the government failed to turn over a slew of exculpatory “Brady” material. The Stevens case also went before Judge Emmet Sullivan, who has been overseeing the Flynn case.

The Federalist’s Mollie Hemingway has raised questions about the timing of Obama’s leaked remarks, and suggested that newly available evidence in the Flynn case may have implicated Obama in a scheme to bring down Flynn.

“It was at this meeting that Obama gave guidance to key officials who would be tasked with protecting his administration’s utilization of secretly funded Clinton campaign research, which alleged Trump was involved in a treasonous plot to collude with Russia, from being discovered or stopped by the incoming administration,” Hemingway wrote.

After the briefing, Obama asked Yates and Comey to “stay behind,” and said he had “learned of the information about Flynn” and his conversation with Russia’s ambassador about sanctions. Obama “specified that he did not want any additional information on the matter, but was seeking information on whether the White House should be treating Flynn any differently, given the information.”

A previous memo from Rice stated that Biden also stayed behind after the main briefing had ended.

At that point, the documents showed, “Yates had no idea what the president was talking about, but figured it out based on the conversation. Yates recalled Comey mentioning the Logan Act, but can’t recall if he specified there was an ‘investigation.’ Comey did not talk about prosecution in the meeting.”

The exhibit continued: “It was not clear to Yates from where the president first received the information. Yates did not recall Comey’s response to the president’s question about how to treat Flynn. She was so surprised by the information she was hearing that she was having a hard time processing it and listening to the conversation at the same time.”

Obama’s unexpectedly intimate knowledge of the details of Flynn’s calls, which the FBI acknowledged at the time were not criminal or even improper, raised eyebrows because of his own history with Flynn — and because top FBI officials secretly discussed whether their goal was to “get [Flynn] fired” when they interviewed him in the White House on January 24, 2017, according to newly released documents.

Obama personally had warned the Trump administration against hiring Flynn, and made clear he was “not a fan,” according to multiple officials. Obama had fired Flynn as head of the Defense Intelligence Agency in 2014; Obama cited insubordination, while Flynn asserted he was pushed out for his aggressive stance on combating lslamic extremism.

Yates, who was fired by the Trump administration after taking the extraordinary step of refusing to defend its travel ban executive order in court, later said she was concerned Flynn would be vulnerable to blackmail because of his interactions with Russia.

The Logan Act, an obscure statute, has never been used successfully in a criminal prosecution; enacted in 1799 in an era before telephones, it was intended to prevent individuals from falsely claiming to represent the United States government abroad. In its motion to dismiss Flynn’s case on Thursday, the DOJ noted that the law was an unserious dead letter.

A transcript unearthed this weekend by the Twitter user Techno_Fog indicated that even The Washington Post wasn’t sure there was any news value in reporting that Flynn was speaking to a foreign ambassador. A former reporter with the Post told a Georgetown University panel that the information eventually got out in an op-ed column as a way to get the “red meat” publicized, as op-ed columnists typically haven’t adhered to the same standards as the newsroom.

Also released as an exhibit last Thursday was a head-turning two-page document outlining why the FBI opened its counterintelligence probe into Flynn in August 2016. The FBI offered only three reasons: that Flynn was “cited as an adviser to the Trump team on foreign policy issues February 2016; he has ties to various state-affiliated entities of the Russian Federation, as reported by open-source information; and he traveled to Russia in December 2015, as reported by open-source information.”

The “state-affiliated entities” line was an apparent reference to Flynn’s paid appearance at a Moscow gala for Russian state TV network RT in 2015. Flynn also reportedly received thousands more in expenses covered by the network and in speech fees from other Russian firms, including some payments that he initially didn’t disclose on ethics forms. The payments raised eyebrows on Capitol Hill, although Republicans pointed out that many other prominent officials, including Bill Clinton, have traveled to Russia for highly paid speaking engagements. 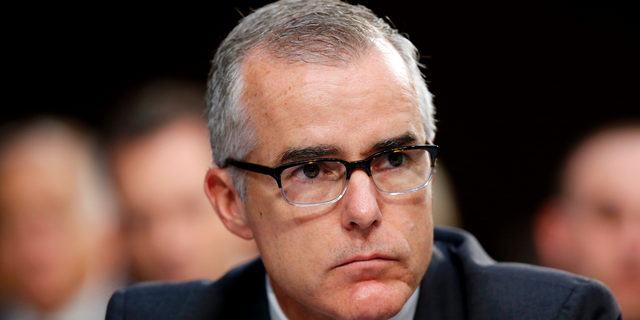 Ex-FBI Agent Peter Strzok approved opening a full-fledged national-security probe on those apparently weak grounds, according to the FBI document, even though Flynn’s speaking engagements in Russia were public knowledge. DOJ guidelines have called for the FBI to open such counterintelligence probes only when there was a reasonable and articulable basis to believe that criminal activity occurred or that a threat to national security may have existed.

Strzok later would intervene and push to keep the Flynn probe open in January 2017, even after the FBI’s Washington office signaled it wanted to close it because no “derogatory” information had been unearthed after consulting with other intelligence agencies in an exhaustive search.

On the recommendation of U.S. Attorney Jeff Jensen, who served as an FBI agent for more than a decade, the Justice Department last Thursday moved to drop its case against Flynn. The stunning development came after internal memos were released raising serious questions about the nature of the investigation that led to Flynn’s late 2017 guilty plea of lying to the FBI as his legal fees mounted.

One of the documents was a top official’s handwritten memo debating whether the FBI’s “goal” was “to get him to lie, so we can prosecute him or get him fired”; other materials showed efforts by Strzok to pursue Flynn on increasingly flimsy legal grounds.

The FBI possessed word-for-word transcripts of Flynn’s December 2016 conversations with Kislyak, and publicly admitted to reviewing those transcripts and clearing Flynn of any wrongdoing. The FBI’s leak to The Washington Post that claimed the FBI cleared Flynn — which was published just a day before the Flynn White House interview — may have been an effort to lower his guard. 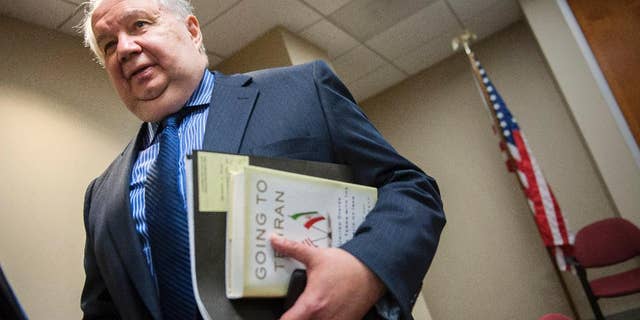 During the interview with FBI agents Strzok and Joe Pientka in the White House, Flynn said “not really” when asked if he had sought to convince Kislyak not to escalate a brewing fight with the U.S. over sanctions imposed by the Obama administration, according to a contested FD-302 witness report prepared by the FBI. Flynn also demurred when asked if he had asked Russia to veto a U.N. Security Council resolution that condemned Israel’s settlements in the West Bank. The Obama administration abstained in that vote.

At various points, Flynn also suggested to Strzok and Pientka that such conversations might have happened or that he could not recall them if they did, according to the 302. The 302 indicated that Flynn apparently was aware his communications had been monitored, and at several points he thanked the FBI agents for reminding him of some of his conversations with Russian officials.

Pientka was scrubbed from the FBI website after Fox News asked the bureau about him last December, and Republican lawmakers (including Sen. Lindsey Graham, R-S.C., and GOP Reps. Jim Jordan and Mike Johnson) are seeking to question him. The FBI told Fox News last year that reporting Pientka’s name was irresponsible and endangered his life for no journalistic purpose; sources tell Fox News that Pientka still holds a senior post in the bureau’s San Francisco field office.

But, Fox News has previously determined that Pientka was also intimately involved in the probe of former Trump aide Carter Page, which the DOJ has since acknowledged was riddled with fundamental errors and premised on a discredited dossier that the bureau was told could be part of a Russian disinformation campaign.

Trump denies ‘system broke down’ after aides test positive for coronavirus: ‘I felt no vulnerability’