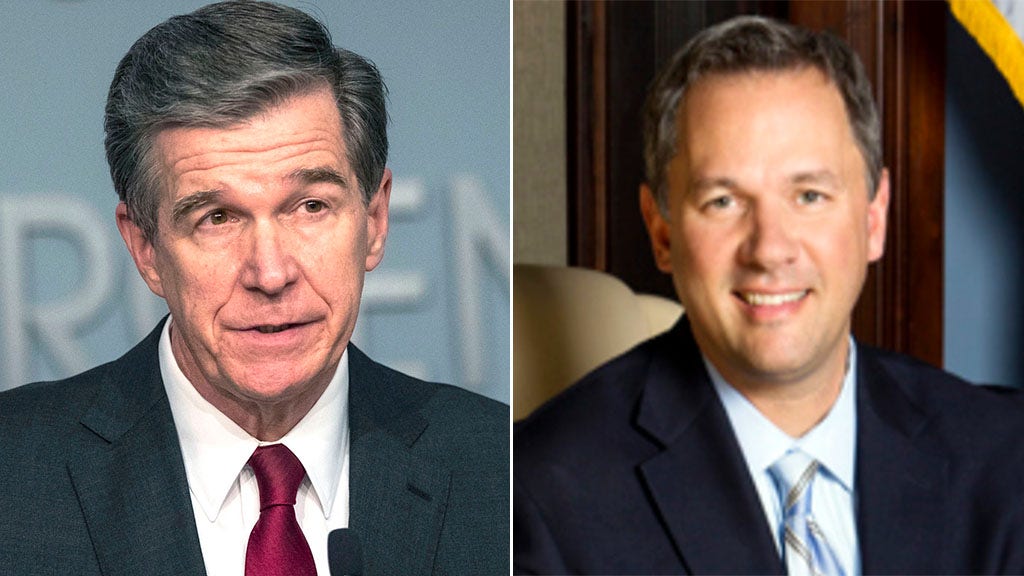 North Carolina Lt. Gov. Dan Forest said in a letter Thursday to Gov. Roy Cooper that he intends to sue him over his executive orders issued during the coronavirus pandemic.

Forest, a Republican, alleges that Cooper, a Democrat, issued a series of orders without seeking input from the Council of State, a group of 10 lawmakers that includes the secretary of state and attorney general.

“The Emergency Management Act requires that you seek and receive concurrence from the Council of State prior to exercising the most expansive statewide emergency powers of the Governor,” Forest wrote.

The most recent mandate came Wednesday when Cooper ordered the wearing of masks in public and extended the second phase of his planned reopening of the state’s economy through July 17.

Cooper defended the mask order Wednesday, saying “we don’t want to go backward.” The measure comes as the virus has made a resurgence in several states, erasing months of progress.

In the letter, Forest said Cooper made it “impossible” for him and the council to “fulfill our oaths to uphold the laws of North Carolina.”

He asked Cooper to waive a requirement that state Attorney General Josh Stein, a Democrat, represent him in his lawsuit to avoid a conflict of interest. He said he plans to use outside legal counsel.

Messages to Cooper’s office from Fox News were not immediately returned.

MLK’s niece criticizes Biden comments: ‘Why is it necessary to compare…