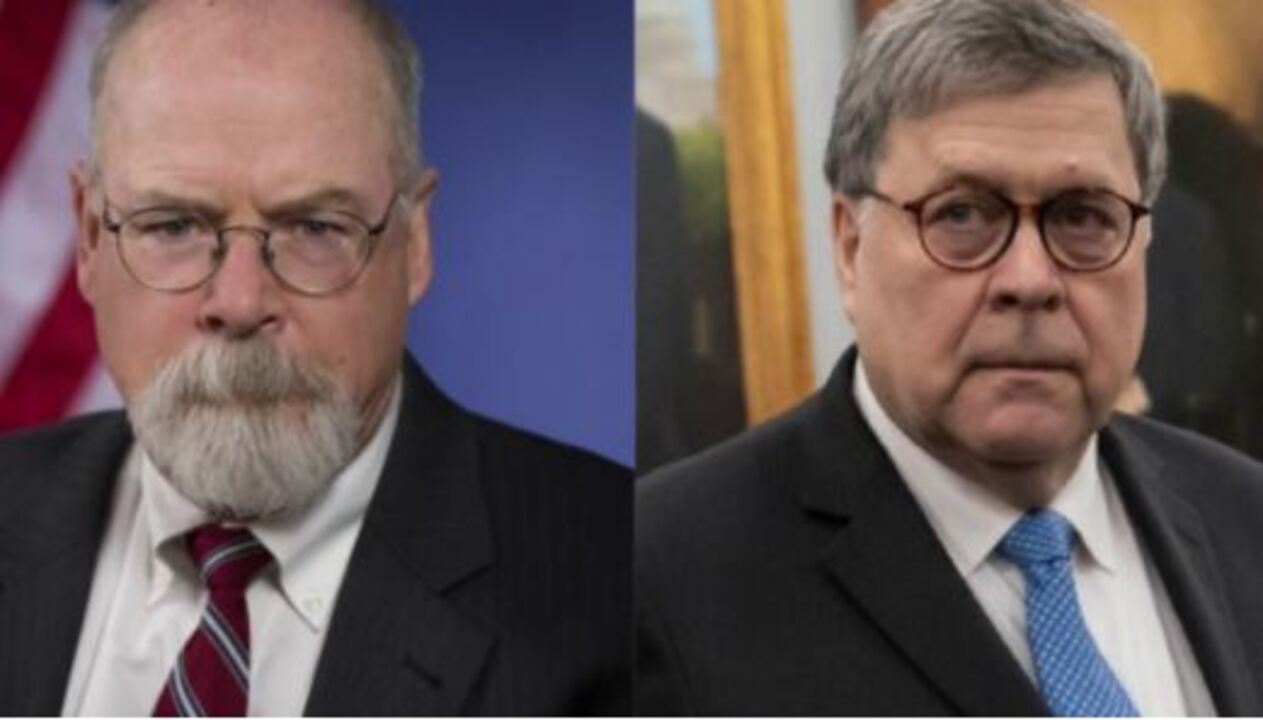 Attorney General William Barr said this week that there “could be” more charges stemming from U.S. Attorney John Durham’s monthslong review into alleged misconduct and the origins of the Russia investigation.

Barr, during an interview with NBC News this week, was asked whether additional charges could come out of Durham’s probe after the U.S. attorney from Connecticut announced his first criminal charge against former FBI lawyer Kevin Clinesmith last month.

“Yeah, there could be,” Barr said while declining to say whether any new charges would be announced prior to Election Day.

President Trump, last month, also weighed in on the probe, saying he hoped Durham was “not going to be politically correct,” while warning Barr that he could go down as “the greatest attorney general” or just “an average guy” depending on the outcome of the investigation.

Durham was appointed by Barr last year to investigate the origins of the FBI’s original Russia probe shortly after former Special Counsel Robert Mueller completed his yearslong investigation into whether the campaign colluded with the Russians to influence the 2016 presidential election.

Durham’s timeline was focused on July 2016, when the FBI’s original Russia probe began, through the appointment of Mueller in May 2017.

Mueller’s investigation yielded no evidence of criminal conspiracy or coordination between the Trump campaign and Russian officials during the 2016 election, though the question of whether Trump obstructed justice was left open in the final report.

Durham’s office said Clinesmith’s guilty plea was to “one count of making a false statement within both the jurisdiction of the executive branch and judicial branch of the U.S. government, an offense that carries a maximum term of imprisonment of five years and a fine of up to $250,000.”

Clinesmith was referred for potential prosecution by the Justice Department’s inspector general’s office, which conducted its own review of the Russia investigation.

The inspector general accused Clinesmith, though not by name, of altering an email about former Trump campaign adviser Carter Page to say that he was “not a source” for another government agency.

Page has said he was a source for the CIA.

The Justice Department relied on Clinesmith’s assertion as it submitted a third and final renewal application in 2017 to eavesdrop on Page under the Foreign Intelligence Surveillance Act.

The Justice Department’s charging document stated that Clinesmith “did willfully and knowingly make and use a false writing and document, knowing the same to contain a materially false, fictitious, and fraudulent statement and entry in a matter before the jurisdiction of the executive branch and judicial branch of the Government of the United States.”

But as for further charges prior to the November election, Fox News reported this summer that Durham could wait to reveal his findings or initiate further prosecutions until after the 2020 presidential election.

A source familiar with the investigation told Fox News in July that Durham “does not want this to be viewed political,” and the closer it gets to November, Durham could “punt it to after the election.”

Over the weekend, though, former Rep. Trey Gowdy, R-S.C., said he assumes there wouldn’t be any additional indictments coming from Durham’s probe, noting there is “concern that John Durham is dragging his feet.”