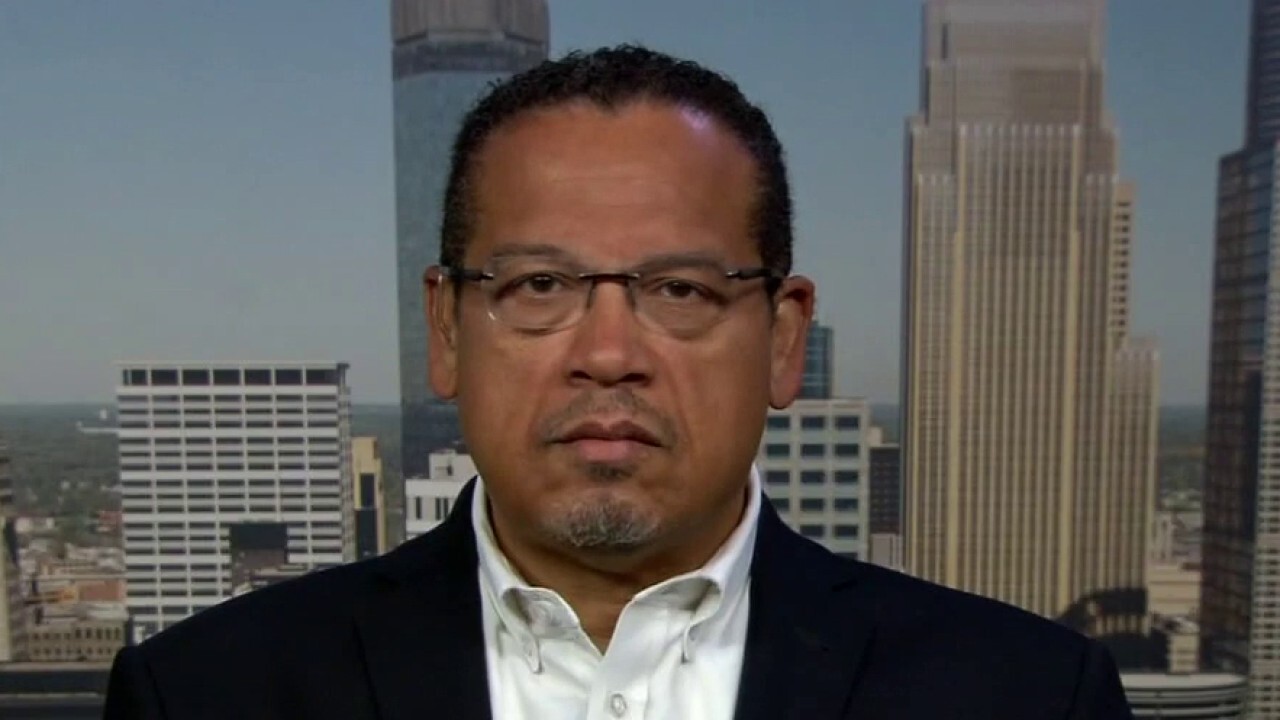 Minnesota Attorney General Keith Ellison supported protesters in the aftermath of George Floyd’s death and said black people have reason to fear Minneapolis police, while also calling out people from outside the state who he claimed contributed to “negative behavior” during riots in the city.

Ellison told “Fox News Sunday” that the violent behavior going on in the streets during demonstrations against the police does not help the goal of effecting change or getting justice for Floyd.

“We have evidence that outsiders have been present and, in some cases, have played a very negative role. But I’ve been talking with protesters and trying to get a sense of who some of these folks are and I’ve heard mixed things,” Ellison said. “Some of the negative stuff has come from people in Minnesota and some of it has come from people on the outside. What I’d say is we’ve got enough to handle on our own and that what we really need to do is refocus on justice for Mr. Floyd. And the negative behavior, looting, arson, does not help us achieve that goal.”

Ellison received some backlash after comments he made Friday in which he instructed protesters to treat the National Guard – who was sent in to restore peace – differently than cops. On Sunday, Ellison confirmed that he believes black people in Minneapolis have reason to distrust or be afraid of the cops.

“There is a history that has been repeated time and time again,” he said. “I want to say that many officers are great people. I know so many of them and I think the chief is an extraordinary person, and the mayor and the council deserve a lot of credit for appointing Mr. [Medaria] Arradondo. But it is an endemic problem in the Minneapolis Police Department.”

Ellison said that at least some of the blame for the problems rests with Minneapolis Police Federation President Bob Kroll, who he claimed “undermines good order in the department.”

Ellison then clarified a remark he made Friday in which he quoted Martin Luther King Jr. by saying that riots are how the unheard get heard. Ellison made clear that this was not an endorsement of rioting — which he called “a negative thing” — but an acknowledgment of what ends up happening when people feel that peaceful messages are ignored.

Speaking about the incident that incited the protests, Ellison suggested that additional charges could be filed against Derek Chauvin, the fired officer currently charged with third-degree murder in George Floyd’s death. Third-degree murder in Minnesota is defined as being “without intent” to cause death and carries a maximum penalty of 25 years in prison. Officers Tomas Lane, Tou Thao and J. Alexander Kueng were also fired following Floyd’s death.

“Well, let me say that we are very early in this process — very early,” he said. “It is not uncommon to amend charges. It is not uncommon to add defendants. The fact is that the investigation is still going on and it actually — it’s actually in the middle of the investigation — or maybe even the beginning of the middle. And so I don’t want anyone to conclude that these are all the charges that are going be there.”

Addressing calls that he take over the case as a special prosecutor, Ellison said he is not planning to do that, and that he is “standing behind the process at this point” while “always there to assist the cause of justice.”