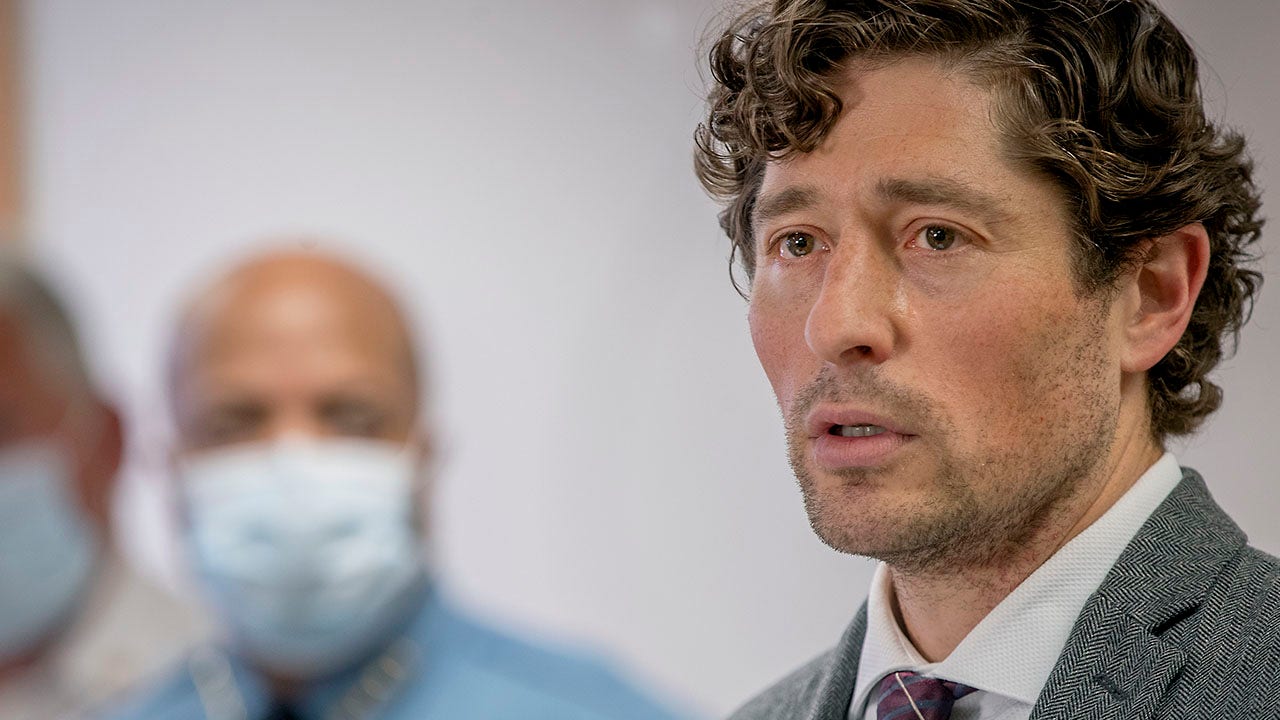 Minneapolis Mayor Jacob Frey on Sunday reiterated that he doesn’t support abolishing the city’s police force, hours after a veto-proof majority of members of the Minneapolis City Council said they want to take that drastic step in the wake of the in-custody death of George Floyd.

Frey, who ordered a police station to evacuate as rioters burned it to the ground last month, was shouted down by a large gathering of demonstrators near his home on Saturday when he defied their demands to shutter the city’s police forces entirely.

“I’ll work relentlessly with Chief [Medaria] Arradondo and alongside community toward deep, structural reform and addressing systemic racism in police culture,” Frey said in a statement to KARE. “We’re ready to dig in and enact more community-led, public safety strategies on behalf of our city. But, I do not support abolishing the Minneapolis Police Department.”

Before the crowd outside his home, Frey had prefaced his comments by saying he was “coming to grips” with his “own brokenness,” and by promising to put the police union “in its place.” But, many protesters clearly were unconvinced, yelling, “It’s not about you!” and “Go home Jacob, go home!”

Frey is also seeking federal and state aid for his city, citing more than $55 million in damage.

On Sunday, nine city council members spoke at a protest at Powderhorn Park, a neighborhood in Minneapolis. The number of supporters in attendance represented a veto-proof majority to push the measure through, Fox 9 reported.

Ellison, the son of state Attorney General Keith Ellison, has openly declared his support for Antifa, the left-wing group that President Trump has sought to designate as a terrorist organization. (The elder Ellison also has photographed himself with a book documenting Antifa’s methods.) Most members of the city council have belonged to the Minnesota Democratic–Farmer–Labor Party.

“Our commitment is to end our city’s toxic relationship with the Minneapolis Police Department,” Bender said. “It is clear that our system of policing is not keeping our communities safe. Our efforts at incremental reform have failed, period.”

Bender went on to say she and the eight other council members that joined the rally were committed to ending the city’s relationship with the police force and “to end policing as we know it and recreate systems that actually keep us safe.”

Ellison, for his part, promised that the council would “dismantle” the department.

Nationally, efforts to defund the police have been broadly unpopular, with only about 20 percent of Americans favoring reductions in police forces. Citing publicly available data, commentators have asserted that the very idea of systemic racism by police is questionable.

“In 2018, the latest year for which such data have been published, African-Americans made up 53% of known homicide offenders in the U.S. and commit about 60% of robberies, though they are 13% of the population,” Heather Mac Donald wrote in The Wall Street Journal this week.

“In 2018 there were 7,407 black homicide victims,” she went on. “Assuming a comparable number of victims last year, those nine unarmed black victims of police shootings represent 0.1% of all African-Americans killed in 2019. By contrast, a police officer is 18½ times more likely to be killed by a black male than an unarmed black male is to be killed by a police officer.”

Mac Donald continued: “A 2015 Justice Department analysis of the Philadelphia Police Department found that white police officers were less likely than black or Hispanic officers to shoot unarmed black suspects. Research by Harvard economist Roland G. Fryer Jr. also found no evidence of racial discrimination in shootings. Any evidence to the contrary fails to take into account crime rates and civilian behavior before and during interactions with police.”

Fryer’s work has also determined that when police pull out of communities, black deaths tend to increase.

“The false narrative of systemic police bias resulted in targeted killings of officers during the Obama presidency,” Mac Donald concluded.

Disbanding an entire department has happened before. In 2012, with crime rampant in Camden, New Jersey, the city disbanded its police department and replaced it with a new force that covered Camden County. Compton, California, took the same step in 2000, shifting its policing to Los Angeles County.

It was a step that then-Attorney General Eric Holder said the Justice Department was considering for Ferguson, Missouri, after the death of Michael Brown.

The city eventually reached an agreement short of that but one that required massive reforms overseen by a court-appointed mediator. Critics charged that the Obama administration had pressured Ferguson’s department to enter into a consent decree by asserting that disparate impacts of police enforcement were necessarily evidence of police racism.

The move to defund or abolish the Minneapolis department is far from assured, with the civil rights investigation likely to unfold over the next several months.

Fox News’ Peter Aitken and The Associated Press contributed to this report.