McEnany: Trump believes there are ‘instances of racism’ but most cops are ‘good people’ 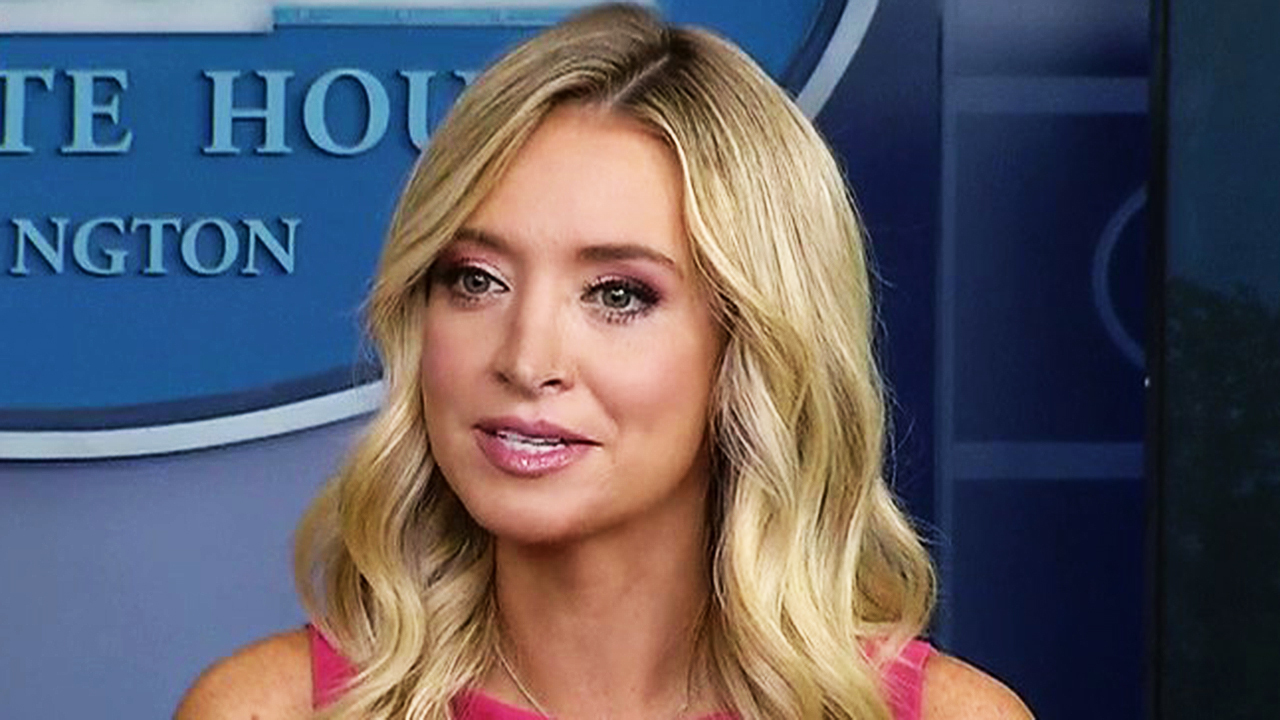 At a press briefing, McEnany was asked if the president believes there is systemic racism within the police force. “The president has made it very clear that there are injustices in society,” said McEnany. “He definitely believes there are instances of racism but he believes our law enforcement are the best in the world.”

The press secretary noted that 750 officers were injured “defending this country from rioters and Antifa, as to be distinguished from peaceful protesters.”

When pressed to say whether or not Trump believes the racism to be systemic, the press secretary said: “He believes most officers are good, hard-working people, there’s a lot of evidence of that. He has great faith in our police departments.”

McEnany’s defense of police officers comes as many on the left have advocated for a movement to “defund the police.”

The stunning momentum behind the movement has fueled Republican criticism that “radical” ideas are being readily embraced by Democrats.

Despite Minneapolis Mayor Jacob Frey’s reluctance to go along, Minneapolis’ left-leaning City Council members on Sunday announced a veto-proof push to disband the Minneapolis police. Other cities, such as New York and Los Angeles, have announced they will take steps to reduce funding to their police departments and reinvest the money in community outreach.

Top Democrats have been reluctant to speak out on the movement, though they unveiled sweeping new legislation that, if passed, would increase accountability of police officers by banning certain practices and curbing immunity from legal consequences stemming from acts committed in the line of duty.

During the press conference, the “defund the police” calls were not explicitly discussed as lawmakers guided the discussion more toward reform efforts.

Later, House Speaker Nancy Pelosi, D-Calif., and Senate Minority Leader Chuck Schumer, D-N.Y., were asked by a CNN reporter if they supported the movement to defund the police entirely.

“That’s a local decision,” Pelosi said, noting that they would have “those debates at the local level.”

“That doesn’t mean we’re going to pile more money on to further militarize police,” she reportedly added, without directly addressing whether she supports the step some local activists are demanding.

Presumptive Democratic presidential nominee Joe Biden initially was mum on the issue, but on Monday afternoon, his campaign released a statement saying Biden “does not believe that police should be defunded.”

Sen. Cory Booker, D-N.J., over the weekend also said that he did not support the movement and said that while he understands “the sentiment and the substance behind the slogan” of “defund the police,” he said, “it’s not a slogan I’ll use.”

Kanye West gets emotional on pro-life cause at freewheeling South…