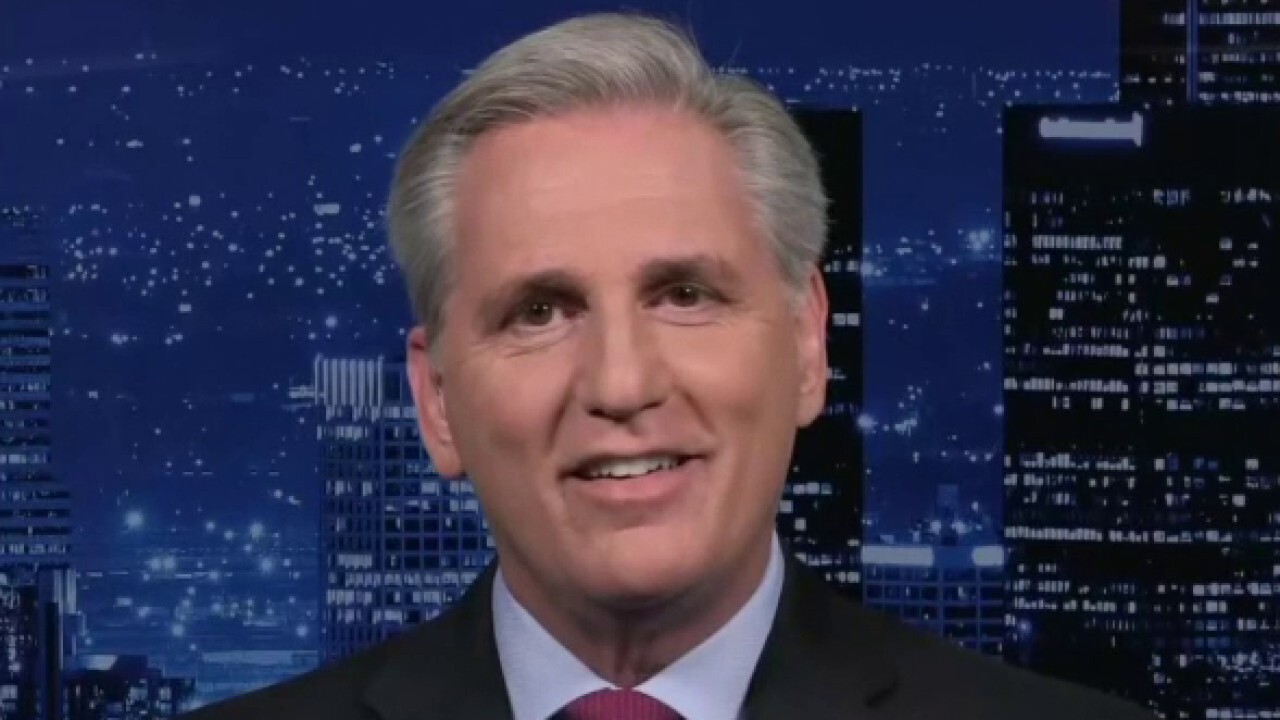 House Minority Leader Kevin McCarthy slammed the Democrats’ new coronavirus relief  as a “liberal wish list” that has “no chance of becoming law.”

“Tens of thousands of Americans have lost their lives due to COVID-19, and more than a million have gotten sick. A record number of Americans are out of work,” McCarthy said in a statement on Tuesday. “Yet while Americans are searching for answers, House Democrats are releasing a liberal wish list that has no chance of becoming law.”

McCarthy said the demands of the bill “were drafted behind closed doors, predate the crisis, and are not targeted to coronavirus.” The bill seeks to change election laws, bail out “mismanaged” pensions and temporarily suspend the cap on SALT tax deductions for the very wealthy, according to McCarthy.

Republicans have argued against bailing out “poorly run” states that have pension deficits and other financial issues that predate coronavirus.

The bill also includes another round of $1,200 stimulus payments that would go to most Americans, hazard pay for essential workers, an amped-up payroll tax credit, extended unemployment benefits and more. It includes an unknown amount of resources billed as elections safeguards and Census oversight.

The minority leader said Republicans would reject the bill and instead continue to focus on reopening the economy by incentivizing rehiring, removing regulatory barriers to job creation, protect small businesses from lawsuits and focus on “returning our supply chain from China.”

Unlike the first four rounds of coronavirus relief, this bill is already proving to be more contentious with Republicans who want to hit the brakes on spending. The White House wanted a payroll tax cut in any new legislation and Senate Republicans want protection for businesses from lawsuits.

Still, House Majority Leader Steny Hoyer, D-Md., alerted House members who have been away on recess to return to Washington Friday. The House is scheduled to vote on the massive coronavirus legislation and a proposal to allow lawmakers to work remotely.

“No one’s invited to the table, not even the Democratic members,” McCarthy told “Fox News @ Night” on Monday.

He noted that Democrats “even want to change the process, how you vote for it; by proxy.”

“We must also empathize with the pain of families who do not know where their next meals are coming from and how to pay next month’s rent,” House Speaker Nancy Pelosi said in announcing the bill.

On Friday, President Trump said there was “no rush” to negotiate Phase 4 of a coronavirus stimulus package, echoing the sentiment from Senate Majority Leader Mitch McConnell, R-Ky., and Republicans who have said Congress should wait to see what impact the prior coronavirus relief packages have had on the country.

McCarthy on Monday went on to say that if you go to the House of Representatives you won’t see anyone working, unlike in the Senate, “because Nancy wants to write this in private and try to put it on the floor and change 200 years of history on how people vote for the bill just so she can have 200 votes in her pocket by a proxy and pass something that never had one hearing, never had any input and has no accountability.”

Romney contradicts Trump, says level of COVID-19 testing in US ‘nothing to celebrate whatsoever’

Pelosi announces coronavirus masks will be required in House chamber