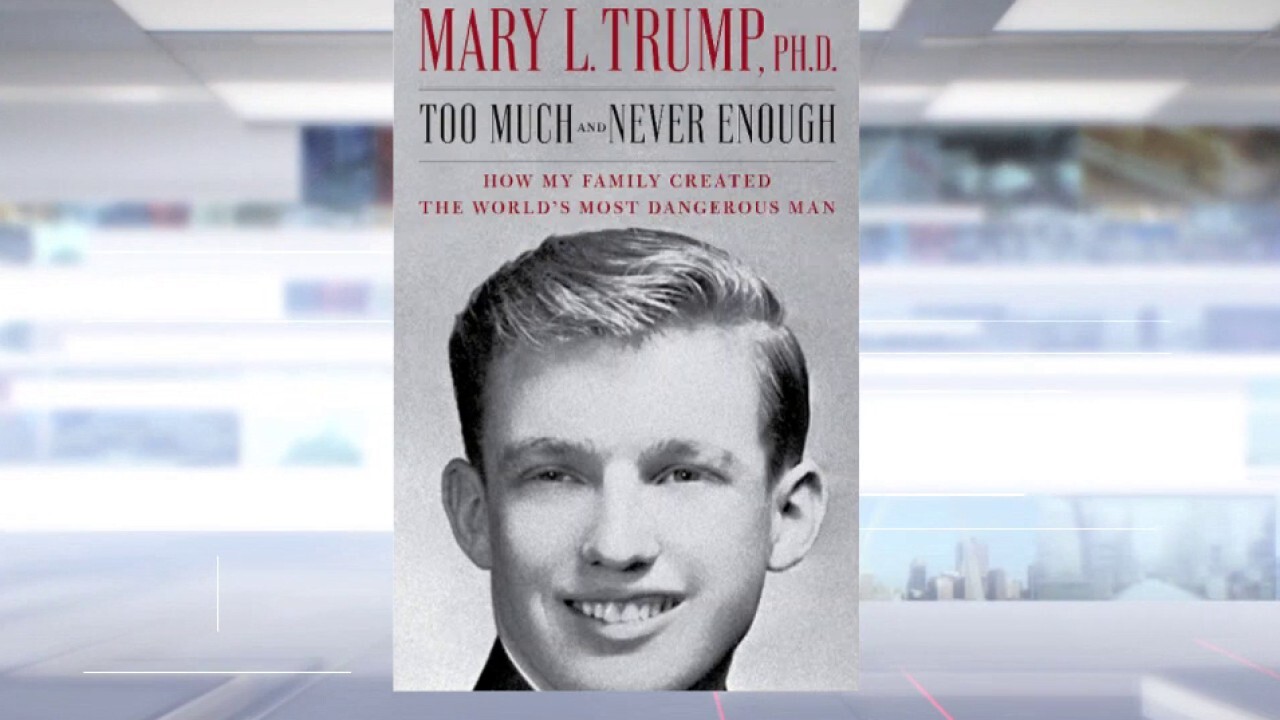 President Trump’s niece Mary L. Trump alleges in her new tell-all book that her uncle paid a friend to take a college admissions test more than 50 years ago so he could gain acceptance into the elite Wharton School at the University of Pennsylvania. However, a new video from the wife of the now-deceased friend tells a very different story.

“To hedge his bets he enlisted Joe Shapiro, a smart kid with a reputation for being a good test taker to take his SATs for him,” Mary Trump wrote in her book. “That was much easier to pull on in the days before photo IDS and computerized records. Donald, who never lacked for funds, paid his buddy well.”

But in her video message, Pam Shriver said her late husband met Trump after he was already enrolled at the University of Pennsylvania.

“My late husband Joe Shapiro passed away 21 years ago. He was a man of great integrity, honesty; he was a hard worker. He was literally the smartest person I ever met,” Shriver began. “He went to University of Pennsyvlania, member of the class of 1968. It was while he was at University of Pennsylvania where he met Donald Trump. They became friends; they loved the sport of golf. They shared the same hometown of New York City; they shared the same campus. They stayed in a little bit of touch through the years.”

She continued: “But obviously Joe’s not here to defend himself and say what happened, but I just want to recollect what he told me about where he met Mr. Trump. And I want to thank all of Joe’s close friends and his sister Beth for our talks in the past 24 hours about what an upstanding, outstanding man Joe Shapiro was.”

For its part, the White House said the “absurd SAT allegation is completely false” and denounced the book as full of “falsehoods.”

Mary Trump, 55, is the daughter of President Trump’s eldest brother, Fred Trump Jr., who suffered from alcoholism and died in 1981 at the age of 42. She has a doctorate in psychology.

In the 200-page missive that tells the story of family dysfunction and the rise of President Trump’s power, Mary Trump recalls the stress from her father’s death and resentment in the family of how her uncle capitalized on Fred Jr.’s struggles.

She reveals an alleged conversation in 2015 with her aunt, retired federal judge Maryanne Trump Barry, whom she claims griped about her brother.

“He’s using your father’s memory for political purposes,” Maryanne said, according to the book, “and that’s a sin, especially since Freddy should have been the star of the family.”

WHAT ELSE IS IN MARY TRUMP’S BOOK? CLICK FOR DETAILS

She claims the president’s sister doubted his election prospects and called him “a clown.”

Mary Trump says her uncle, whom she calls “Donald” throughout the book, was forced to become his own “cheerleader” at a young age because he needed his prominent real estate developer father, Fred Trump, to believe he was a better son than Fred Jr., known as Freddy.

“As Donald grew up, he was forced to become his own cheerleader, first, because he needed his father to believe he was a better and more confident son than Freddy was; then because Fred required it of him; and finally because he began to believe his own hype, even as he paradoxically suspected on a very deep level that nobody else did,” Mary Trump wrote.

Surgeon general says national mask mandate would be too hard to enforce, cause over-policing concerns

Sen. Rand Paul thanks DC cops for saving him from ‘crazed mob’ after…

Starr on Trump legal challenges: ‘Allow this litigation to run…