Kushner on private meeting with Kanye West: ‘Unlike others, I’m able to keep friendships across the aisle’ 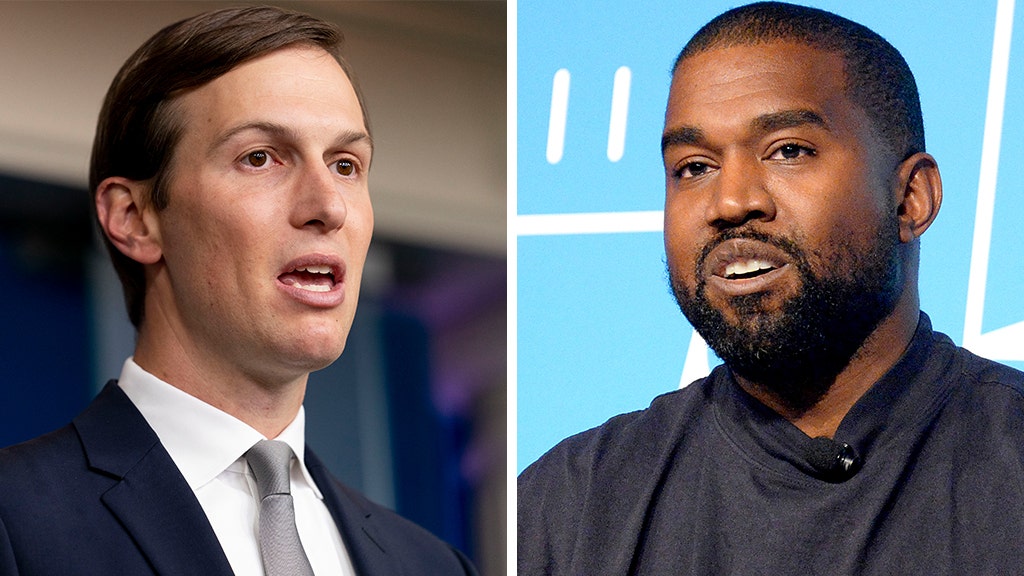 White House senior adviser Jared Kushner addressed his recent meeting with rapper Kanye West on Thursday, telling Fox News that “unlike others, I’m able to keep friendships across the aisle.”

The New York Times was first to report details of the unexpected meeting that happened last weekend in Telluride, Colo. as controversy swirls around West’s declared bid for the White House. West has met with Kushner and the president before to discuss racial justice issues, and has been a high-profile celebrity supporter of Trump. But in July he announced his presidential bid, and has since submitted paperwork for his name to appear on the ballot in multiple states.

Kushner confirmed that he and his wife Ivanka Trump met with West, but said only that they discussed “ideas” and avoided talk of “his campaign and what he’s up to.”

“Unlike others, I’m able to keep friendships across the aisle.”

Prior to the meeting, West sent Kushner a book about Black economic empowerment, which Kushner said he found “absolutely phenomenal,” and distributed copies of across the White House “because I think there’s a lot of inspiration we can get from it for President Trump’s second term agenda.”

“Kanye sent me a book about a month ago called ‘PowerNomics’ … I read the book. It was absolutely phenomenal, it actually incorporated a lot of the things that President Trump has been doing,” Kushner explained.

Asked to address charges that Republican operatives have been aiding West in a coordinated plan to siphon Black votes away from Joe Biden, Kushner reiterated, “We didn’t discuss his campaign and what he’s up to.

“I read things in the press,” he added, “but I have not discussed that directly with him.”

Kushner’s appearance on Fox News came hours after President Trump announced what he called a “Historic Peace Agreement” between Israel and the United Arab Emirates.

Kushner, who helped secure the agreeement working alongside White House special representative for international negotiations Avi Berkowitz and a small team, praised the president for setting “the stage in the Middle East to accomplish this historic breakthrough,” and predicted “many great things” in the years ahead.

The so-called “Abraham Accord” serves to rebuild the trust in the Middle East that was lost under the Obama administration, Kushner said.

“Both parties had felt down on their relationship with America, they felt betrayed after the Iran [Nuclear] Deal which sent $150 billion to Iran … but President Trump has rebuilt that trust, he’s brought them closer together and he’s aligned them around a common vision that can be good.”

The deal between the two Middle Eastern nations was brokered largely by President Trump and is expected to lead to a “full normalization” of diplomatic relations between the two countries. Under the agreement, Israel has agreed to suspend applying sovereignty to areas of the West Bank that it had discussed annexing.

“[Israeli] Prime Minister [Benjamin] Netanyahu did the calculus and saw this was much more in the interest of Israel in the short, medium, and long-term,” Kushner said, “and that’s what great leaders do. They put politics aside and they make the decision that strengthens their countries and keep their people safe.”

Conway mocks Biden call for enforced masking: ‘The best he can come up with is a national mask mandate?’