Kate Middleton is popular among palace aides and ‘a rock’ to Prince William, royal author claims

“Everyone that I have spoken to confirms that Kate is a very warm, but also a very calm and a very kind person,” royal expert Tom Quinn told Fox News. “… I think she’s very strong, but she’s very conscious, very kind to the people who work for her.

“Rather than command people to do things, she asks them to do things,” he shared about the Duchess of Cambridge.

The British author recently released a new book titled “Kensington Palace: An Intimate Memoir from Queen Mary to Meghan Markle,” where he spoke to those who worked for the royals over the years. Quinn shared that no one seemed to have anything negative to say about the Duchess of Cambridge who is married to Prince William. The couple share three children.

KATE MIDDLETON WOULD HAVE ‘TO BE SUPERHUMAN NOT TO FEEL THE PRESSURE’ AS FUTURE QUEEN CONSORT, AUTHOR SAYS 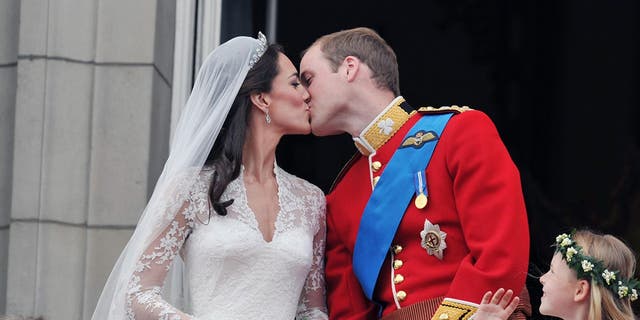 Kate Middleton and Prince William share a kiss on their wedding day at Westminster Abbey on April 29, 2011. (Reuters)

But Middleton, 38, wasn’t always praised by British tabloids for being the ideal queen consort. Quinn pointed out that at the beginning of her courtship to William, 38, the press was quick to point out her middle-class background.

Her father is a former British Airways officer and her mother a former flight attendant — a far cry from her husband’s upbringing in Kensington Palace. William and Middleton met at the University of St. Andrews where they first became friends. She eventually received the unflattering nickname “Waity Katie,” referring to the notion that she was supposedly waiting around for the Duke of Cambridge to propose.

After several ups and downs in their relationship, the pair tied the knot in 2011. Quinn said Middleton has provided a stable home life for William, who endured the tragedy of losing his mother, Princess Diana, in 1997 at age 36. The prince later admitted how much his mother’s death when he was only 15 had a profound impact on his mental health.

“Kate has been a perfect [companion] because she’s so calm and stable — and that’s what he needs,” said Quinn. “I’m not saying she’s sort of a second mother, but there’s an element of that. She’s… a rock. It’s a bit of a cliche, but she’s someone who just doesn’t have a history that’s all over the place. She’s very calm, very rational. And I think that’s why the royal family feels safe.”

PRINCE WILLIAM ‘HAS FORGIVEN’ HIS FATHER PRINCE CHARLES ‘FOR THE MISTAKES OF THE PAST,’ ROYAL EXPERT CLAIMS 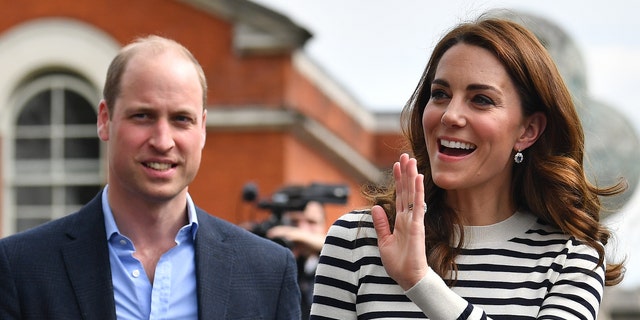 Kate Middleton and Prince William wave to well-wishers as they leave after attending the launch of the King’s Cup Regatta at Cutty Sark, Greenwich on May 7, 2019, in London, England. (Photo by Ben Stansall – WPA Pool / Getty Images)

“She also does something which is absolutely key to being happy while also being a member of the royal family,” he continued. “Whatever the press may say about you, you don’t complain and you don’t explain. And Kate is very good at that.”

But all eyes are on Middleton these days, whose husband is second in line to the British throne.

“Those who know her say there is a real core of strength, and she did set her mind to the job,” Sarah Gristwood, author of “Elizabeth: The Queen and the Crown,” told People magazine on Wednesday.

“But at the same time, she’d had to be superhuman not to feel the pressure,” added Gristwood.

As the future queen consort raising a future king, she is expected to be a supportive spouse, hands-on mom, charity advocate, relatable royal and style influencer, among her numerous roles — all in the public eye.

“The future queen is a role model to the U.K. but also to the world, which means all eyes are on you,” royal etiquette expert Myka Meier told the outlet. 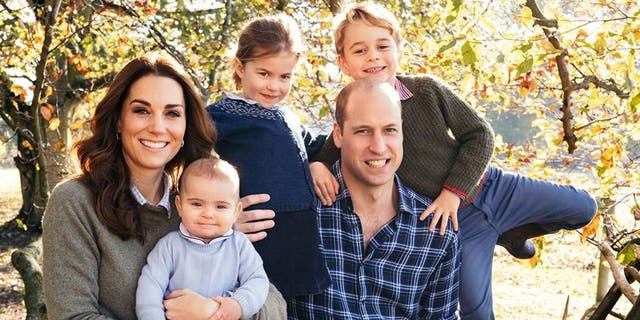 Kate Middleton and Prince William pose for a photo with their three children, George (right), Charlotte (middle) and Louis. (AP)

“The added pressure of having cameras everywhere to catch even the slightest eye movement makes everything she does a conscious effort,” the author continued. “From the perfectly poised posture to the way she descends a staircase or gets out of a car — it is all carefully done.”

“I think the pressure is more about her public image, making sure she is wearing the right brands, showing the kids in less expensive clothing, especially right now,” chimed one insider. “Small details, but they matter.”

However, the palace insiders all agree on one thing — Middleton isn’t letting pressure show. In fact, she is celebrated for taking on her royal duties with confidence amid the coronavirus pandemic.

“Catherine is the sort of woman who will take on whatever she needs to,” a close source told the outlet. “If she needs to step up to the plate, she does it — and she always has.”

Whitmer blasted by GOP rep for marching amid coronavirus: ‘Social distancing is…