Kanye West tweets he ‘can beat Biden off of write ins’ 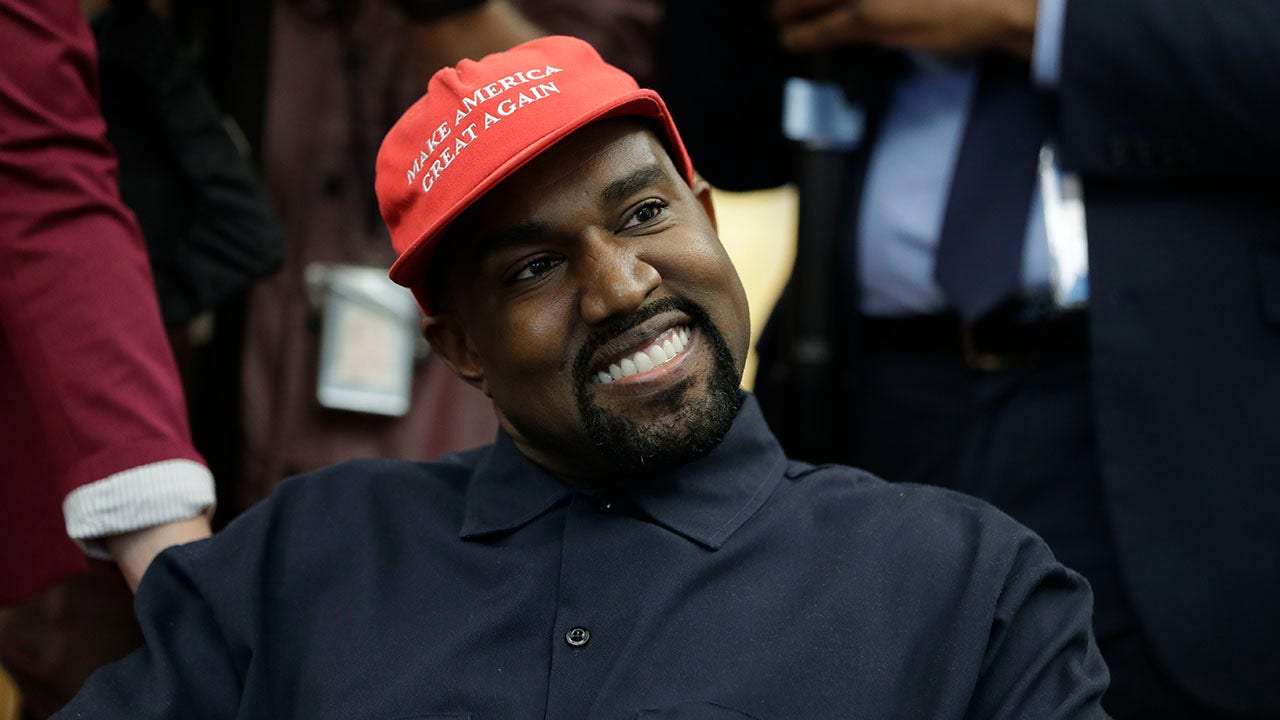 Kanye West has found new confidence in his run for the presidency.

He tweeted Saturday, “I can beat Biden off of write ins” after suggesting earlier this week he may postpone his campaign until 2024.

West on Wednesday morning posted and then deleted tweets suggesting he may hold off on running for president in 2020.

“#2020VISION or maybe ‘24 I guess all black people supposed to vote on Biden? Y’all want me to run on nah???” West said prior to deleting the tweet, according to Billboard.

West has missed the deadline to appear on state ballots in North Carolina, New Mexico, Texas, Michigan, Florida and Indiana, and failed to get enough petition signatures in South Carolina. He is expected to appear on Oklahoma’s state ballot but it is unclear at this time if enough signatures from his home state of Illinois were submitted to make the state’s November ballot.

West’s campaign has caught some controversy over comments he made during a rally he held Sunday in South Carolina, where he falsely claimed that Harriet Tubman “never actually freed the slaves,” adding: “She just had the slaves go work for other white people.”

West was once an avid supporter of President Trump’s, even visiting the White House to express his support for the president in October 2018. But in an interview with Forbes magazine earlier this month, West said Trump lost his support when he “caught wind that he hid in the bunker” during the George Floyd protests in June.

President Trump has said these claims are false.

West, who announced his candidacy on the Fourth of July, has said Biden lacked the “special” factor that was needed in a candidate.

“I’m not saying Trump’s in my way, he may be a part of my way. And Joe Biden? Like come on man, please. You know? Obama’s special. Trump’s special. We say Kanye West is special. America needs special people that lead. Bill Clinton? Special. Joe Biden’s not special,” West told Forbes.

Later Saturday, Kanye tweeted out an apology to his wife, reality television star and makeup mogul Kim Kardashian West, “for going public with something that was a private matter,” likely related to his admission during a South Carolina campaign rally last weekend that the couple considered abortion when they were expecting their first child, daughter North, 7.

“I did not cover her like she has covered [me.to] [sic] Kim I want to say I know I hurt you. Please forgive me. Thank you for always being there for me,” he wrote.

“Even if my wife wants to divorce me after this speech, she brought North into the world even when I didn’t want to,” West told a crowd while crying on Sunday. “She stood up and she protected that child. You know who else protected a child? Forty-three years ago, who do you think protected a child?”

Reports indicated earlier in the week that Kardashian, 39, was “furious” over the abortion claims.

Kardashian has said her husband’s often sporadic tweets are a result of his bipolar disorder.

“As many of you know, Kanye has bi-polar disorder,” she said in a statement earlier this week. “Anyone who has this or has a loved one in their life who does, knows how incredibly complicated and painful it is to understand.”

She said he is a “brilliant and complicated” person who struggles with his mental health at times.

“We as a society talk about giving grace to the issue of mental health as a whole, however we should also give it to the individuals who are living with it in times when they need it the most,” Kardashian West said Wednesday.

AOC doubles down amid GOP criticism over take on NYC crime