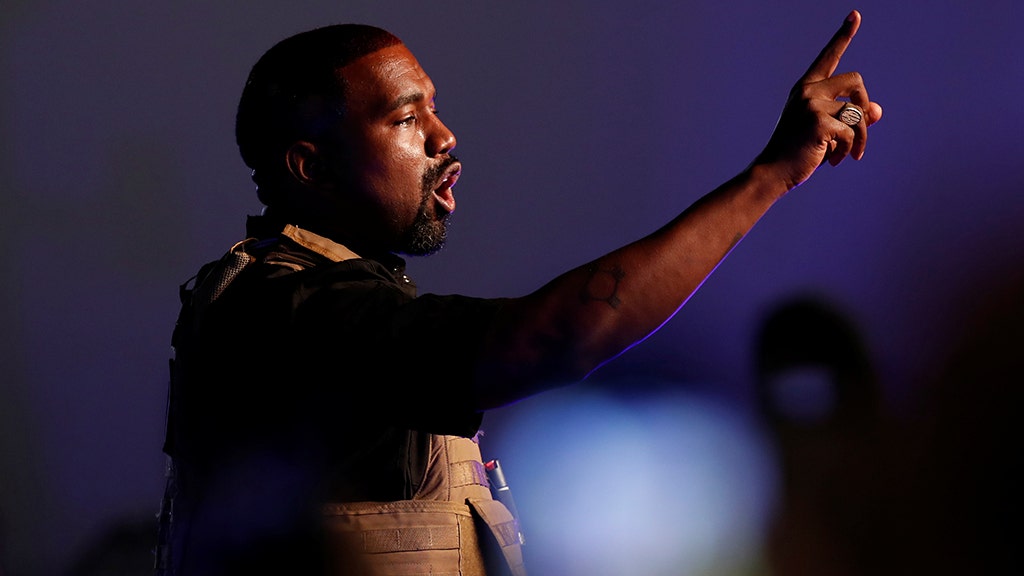 The Illinois native, running as an independent, reportedly fell short by 1,300 signatures according a state hearing officer who reviewed the number of nominations submitted by West’s party.

In order to make the ballot, West had to submit 2,500 signatures, but Friday’s hearing officer only recorded 1,200 signatures. The official determination will be submitted on August 21, when the finalized ballot is announced by the Illinois State Board of Elections.

WHAT IS KANYE UP TO? WEST VOWS HE’S IN IT TO WIN, AS INTERVIEW SUGGESTS EFFORT TO DING BIDEN

Sean Tenner, the 46th Ward Democratic committeeperson told the publication he was angered by West’s July 19 comments regarding abolitionist Harriet Tubman, when he said she “never actually freed the slaves.”

“She just had the slaves go work for other white people,” West added, prompting widespread condemnation over the false statement.

Tenner said West’s comments motivated him to challenge the campaign’s petition to get on the ballot.

“Celebrity or not, everyone has to follow the rules,” Tenner told WTTW. “He didn’t come close.”

The number of required signatures to get on the federal election ballot is 25,000 signatures. But a federal judge reduced the requirement to just 2,500 signatures in light of the coronavirus pandemic.

West did not enter the presidential race until July 4, when he made the shocking announcement on Twitter.

He has missed the ballot in several states including Florida, Michigan, South Carolina and Texas. The ballot deadline has officially ended in 21 states and Washington, D.C. which reportedly accounts for 246 electoral votes.

West has also withdrawn his nomination from New Jersey after accusations of voter fraud were announced earlier this week.

“Literally every single signature on there came from the same person,” Salmon told Fox News this week. “Signatures that were clearly identical signatures where the signed name didn’t match the printed name, where there was a first name but no last name, where it included a street address but, no town.”

West has reportedly made it onto the ballots in Oklahoma and Colorado.

Tenner said that as long as the Illinois State Board of Elections upholds the hearing’s votes, it is mathematically impossible for West to garner 270 electoral votes. Meaning even if West managed to get on the remaining states ballots and gain their electoral votes over incumbent GOP candidate Donald Trump and Democratic candidate Joe Biden, he would still be out of the running for president.

Morgan Phillips contributed to this report.