Kamala Harris a COVID-19 vaccine before election: ‘I would not trust Donald Trump’ 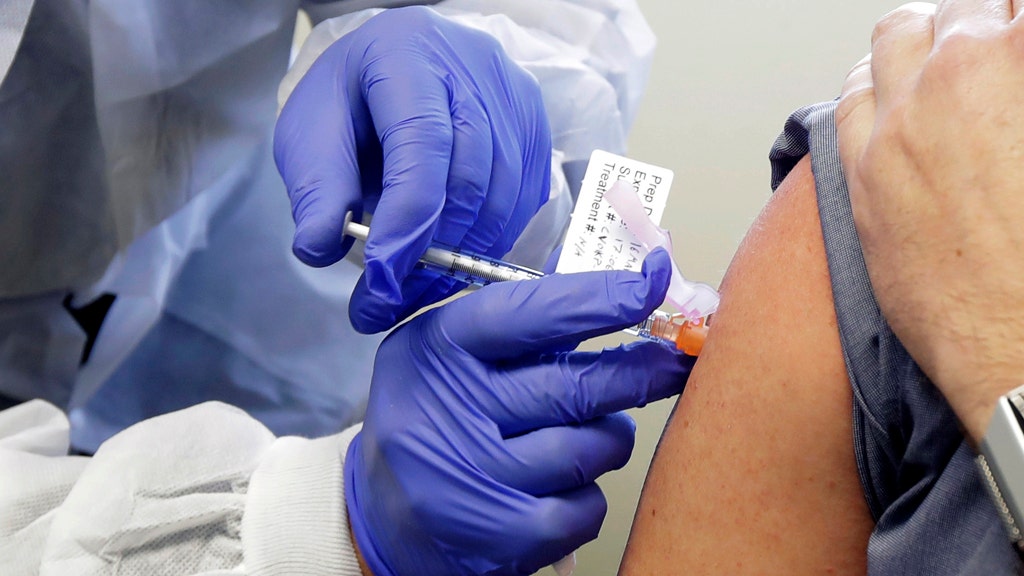 Democratic vice presidential nominee Kamala Harris, said she would not trust President Trump’s word on the effectiveness of a coronavirus vaccine, in an interview expected to air Sunday.

Harris voiced concerns that medical professionals would not be the ones to validate a vaccine, if it was pushed out prior to the Nov. 3 election.

“[T]hey’ll be muzzled, they’ll be suppressed, they will be sidelined, because he’s looking at an election coming up in less than 60 days, and he’s grasping for whatever he can get to pretend that he’s been a leader on this issue when he’s not,” Harris said during the CNN interview.

“I will say that I would not trust Donald Trump and it would have to be a credible source of information that talks about the efficacy and the reliability of whatever he’s talking about,” she added.

Reports of Food and Drug Administration (FDA) officials feeling pressure to produce a vaccine as soon as possible, surfaced earlier this week in a CNN article. The Trump administration also asked states to prepare vaccine distribution sites by Nov. 1 – even though the FDA has not yet approved a vaccine.

“This timeline of the initial deployment at the end of October is deeply worrisome for the politicization of public health and the potential safety ramifications,” infection prevention epidemiologist Saskia Popescu, told The New York Times earlier this week.

A letter sent by the Centers of Disease Control and Prevention (CDC) requested that states consider “waiving requirements” that may prevent vaccine distribution facilities from being completely operational by the first of November, the Wall Street Journal reported. The move has health professionals increasingly worried, as the vaccine has not finished Phase Three clinical trials as of yet.

Hahn said with the new therapy, 35 out of every 100 people who have died from the coronvairus could have been saved. But the statement proved incorrect as it did not evaluate the variables of the entire study. Nevertheless, it has become a talking point for the Trump administration.

Hahn said in a Bloomberg interview following the presser, that he should have been more careful.

“I was trying to do what I do with patients, because patients often understand things in absolute terms versus relative terms,” he said.

Trump repeatedly has said he thinks a vaccination will be released before the end of the year, and potentially by the end of October – just days before Americans head to the polls for the general election.

Despite concerns from opponents of Trump and some health care experts, Dr. Anthony Fauci, an infectious disease expert who sits on the White House Coronavirus Task Force said in an interview with Kaiser Health News earlier this week, that Phase Three of the clinical trials had the potential to end earlier than expected, should the results prove overwhelmingly positive.

Fauci told the publication that the Data and Safety Monitoring Board could say, “The data is so good right now that you can say it’s safe and effective.”

The nation’s top infectious disease doctor said that the board had a “moral obligation” to end the trial if the results were significant.

“If you are making a decision about the vaccine, you’d better be sure you have very good evidence that it is both safe and effective,” Fauci said.

“I’m not concerned about political pressure,” he added.

Though even if a vaccine were safely distributed to states nationwide, as many as a third of all Americans said they would refuse a vaccination even if it was readily available – showing yet another obstacle in defeating the coronavirus.

Perdue, Ossoff cast Georgia Senate runoff as battle for control of the…