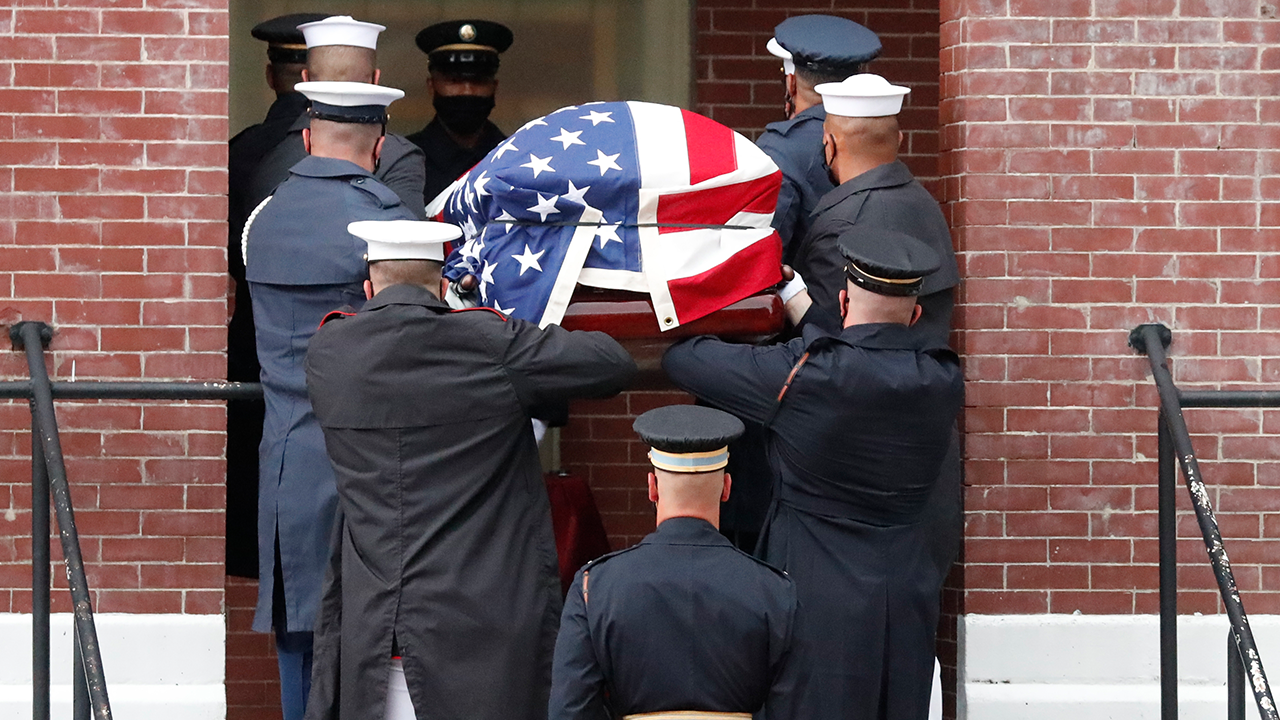 The first of a six-day celebration of the late civil rights activist and Democratic congressman Rep. John Lewis began Saturday, beginning in his hometown of Troy and then journeying to Selma, Ala.

“Selma Salutes Congressman John Lewis” took place Saturday evening at the Brown Chapel AME Church. Lewis was expected to lie in repose until midnight, which was open to the public.

The family opened the ceremonies to the public but encouraged mourners to watch virtually due to the severity of the coronavirus.

Lewis, also known as “the Boy from Troy,” was a voting rights activist and called the “conscience of the U.S. Congress.” He was remembered during a public funeral service at the Troy University earlier Saturday.

“It is time for the torch to be passed, it is time for me to let go,” Alabama Sen. Doug Jones said Saturday, echoing Lewis’s vision on the ongoing civil rights struggle in the U.S.

“John gave us our charge,” Jones said. “We must move our feet, our hands, our resources to build and not tear down, to reconcile and not to divide, to love and not to hate, to heal and not too kill.”

The civil rights activist died at the age of 80 on July 17 after a battle with pancreatic cancer.

“And now Alabama state troopers will lead his body around this state as we celebrate his life,” Reeves said, as Lewis’ body was delivered ahead of the memorial, “A Service Celebrating ‘The Boy from Troy.'”

His casket was accompanied by a ceremonial military guard and draped in an American flag.

“My fellow foot solider, my fellow fighter, my fellow friend,” Sheyann Webb-Christburg said Saturday. “I often think since his death, do we really realize the magnitude of the loss yet? His voice will be missed and his presence will truly be missed.”

Webb-Christburg is known as Martin Luther King Jr.’s “smallest freedom fighter,” as she was just a child during the Civil Rights Movement.

Lewis remained an icon for civil rights during the George Floyd protests that broke out in May.

The late congressman released a statement at the time expressing his deepest sorrow for the men and women still enduring systemic racism in the United States.

“My fellow Americans, this is a special moment in our history. Just as people of all faiths and no faiths, and all backgrounds, creeds and colors banded together decades ago to fight for equality and justice in a peaceful, orderly, non-violent fashion, we must do so again,” Lewis wrote at the time.

Lewis, an activist during the 1960s, was arrested for using a “white restroom” in 1961; he told demonstrators in late May that he understood their pain.

“I know your pain, your rage, your sense of despair and hopelessness,” Lewis tweeted. “Justice has, indeed, been denied for far too long. Rioting, looting, and burning is not the way. Organize. Demonstrate. Sit-in. Stand-up. Vote. Be constructive, not destructive.”

“The only thing I know that matched Johns’ courage and confidence, was his humility,” Webb-Christburg said.

More than 60 years ago, in 1958, Lewis met with Martin Luther King Jr. at the age of 18; he had the ambition to attend an all-white university.

“He worked a lifetime to help others and make the world a better place in which to live,” Lewis’s brother Grant said Saturday before sharing a memory of his brother being sworn into Congress.

“What were you thinking?” Grant asked him after.

“I was thinking this is a long way from the cotton fields of Alabama,” Lewis replied.

Lewis served 17 years from the 5th District of Georgia in the U.S. House of Representatives.

His body will honored Sunday at 10 a.m. in the state Capitol in Montgomery, after first being carried across Edmund Pettus Bridge in Selma — marking the same route civil rights activist marched in 1965.

“‘Get in the way’ he would say,” Webb-Christburg said.

“It’s time for all of us… to become ambassadors for social change in a culture of injustice,” she added.

Oregon lawmaker says Portland protests are ‘not out of control’