Jared Kushner: Peace deals ‘are much harder than President Trump is making them look’ 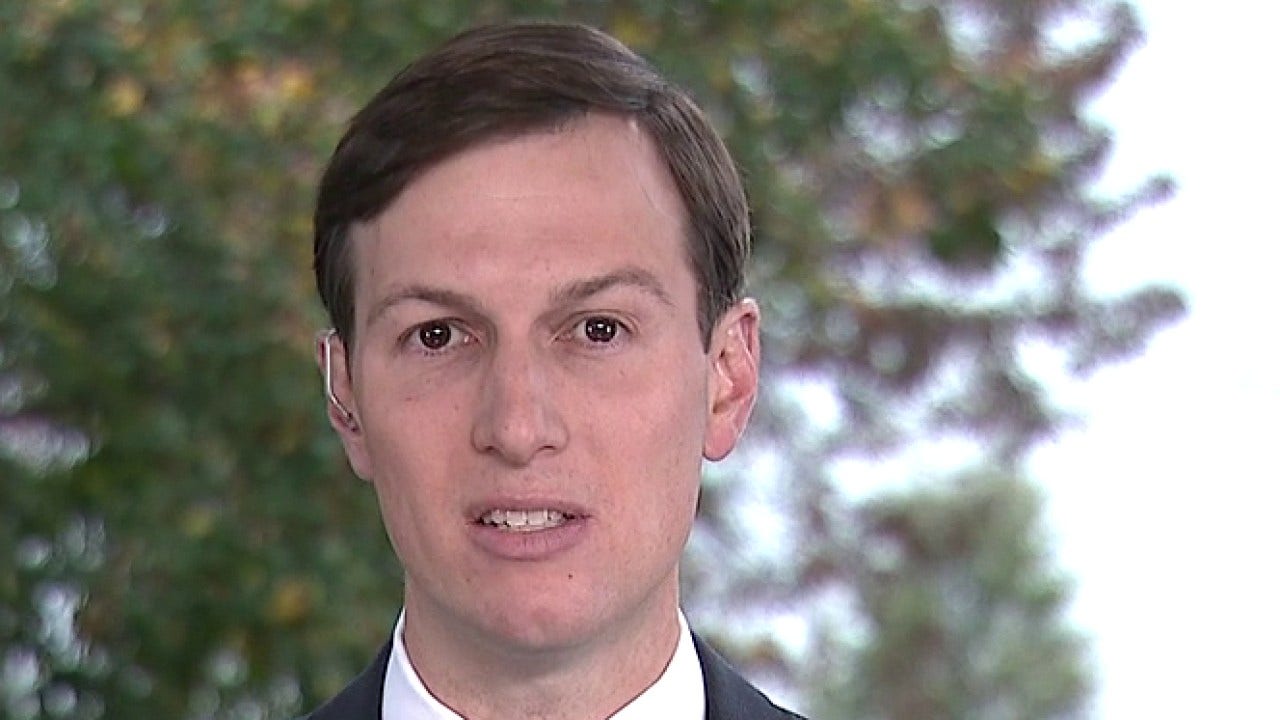 Peace deals “are much harder than President Trump is making them look,” White House adviser Jared Kushner, who has been involved in brokering the Middle East peace deals, told “Fox & Friends” on Monday.

Kushner, President Trump’s son-in-law, made the comment three days after Trump announced a peace deal that would normalize ties between Israel and Sudan. Trump also claimed on Friday that there “would be many more peace deals to come in the Middle East.”

On Monday, Kushner pointed out that the agreement between Israel and Sudan was “the third peace agreement that we’ve been able to announce in the last couple of months.”

The administration has already brokered peace agreements between Israel and the United Arab Emirates and Bahrain.

Kushner said that “some people [would] be in Washington for 30, 40 years” and “are never able to work on a single foreign transaction.”

“We were able to work very closely with Sudan,” Kushner continued. “Sudan was in a state of war with Israel and the significance of this agreement, I can’t overstate enough.”

He went on to say, “In 1967, after the Six-Day War, the Arab League met in Sudan and that’s where they had the famous edict of ‘Three No’s’: No peace, no recognition, no negotiations and obviously on Friday we announced the three yes,’ the third peace deal.”

Kushner stressed that he believes the peace deal between Sudan and Israel “is a great breakthrough for the region” and said that he thinks “you’re going to continue to see progress.”

Trump said on Friday that he believes even Iran would “someday” normalize relations with Israel.

“Iran ultimately will become a member of this whole thing. Look, someday I’d love to help Iran get back on track. They’ve gone from a rich country to a poor country in three years,” the president said.

The president also said that a deal between Israel and the Palestinian region may be on the horizon.

Trump said he expects Saudi Arabia will come to the table for a deal soon as well.

On Monday, Kushner noted that “people have been very critical of the president over the last three years for whatever he does,… but the reality is he’s taken a different approach on how to deal with Washington, he took a different approach in the Middle East and he’s put up results.”

“You can’t argue with the results that he’s achieved,” Kushner said.

“This historic peace deal is something that will make the world safer and make America safer,” he continued.

“It allows us to bring troops home and have less threats for radical Islamic terror and other threats to our shores.”

Fox News’ Morgan Phillips and The Associated Press contributed to this report.

Erin Perrine: The president ‘is in a great position to win again’

Romney praises Supreme Court nominee Barrett’s ‘integrity,’ slams ‘division and contempt for others’ in US

Trump vows to challenge Biden wins in swing states: ‘We will…