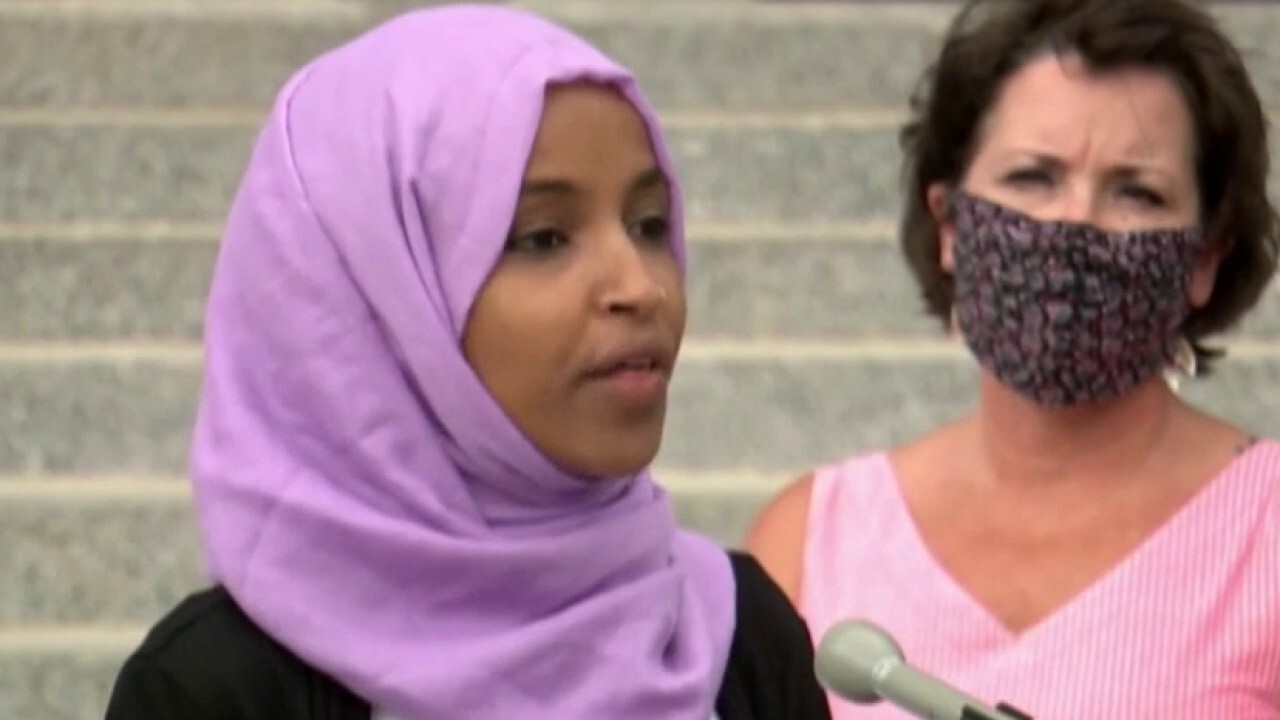 Rep. Ilhan Omar, D-Minn, took heat on Friday in a Democratic primary debate that saw two primary rivals attack her record in Congress, and question whether she is the “nightmare” she claims to be for President Trump.

“Her quote is she’s Trump’s ‘worst nightmare,’ but really in actuality, in many ways she’s Trump’s best dream,” primary challenger John Mason said in a WCCO radio debate, “And Trump is a racist, but really the only one benefiting from Omar is Omar in lots of things.”

The virtual debate took place between Omar, Mason and Antone Melton-Meaux ahead of the Minnesota 5th Congressional District’s Aug. 11 primary.

Omar was elected to Congress and 2018 and has been one of the most controversial and outspoken figures in the group of radical left-wing freshman congresswomen known as the “Squad.”

But while her polarizing remarks on subjects such as Israel and police reform have won plaudits from left-wing activists and media outlets across the country, at home it is complicating her re-election bid. Melton-Meaux has outraised Omar, reporting $2 million in his campaign coffers as of the end of June, nearly double of Omar’s $1.1 million cash on hand.

“I am called to solve big problems, and we have to be honest, the toxic nature in Washington has kept us from getting to solutions in education and healthcare, climate, because we don’t need more dividers — we need more uniters,” Melton-Meaux said.

On Friday Omar defended herself from concerns about payments made to her husband’s firm, which has reportedly received more than a million dollars from her campaign during the 2020 cycle. She was asked specifically about $600,000 that went to her husband’s firm in the first three weeks of July.

“I don’t pay my husband. I pay the firm to do work and that 600 really is an example of that work,” she said in response. ‘It was the first time we placed a TV ad, which is surprising to me because that’s not something we’re used to in the fifth, and that money went to place that ad and to make sure we have digital ads, to make sure we have literature that’s being sent to our constituents, because it is get out the vote efforts for us.”

She also linked the large amount of funding her Republican opponent had amassed to President Trump’s own feud with her and what she said was a desire from Trump to get her not just out of Congress, but out of the U.S. altogether.

Omar also responded to accusations she has ignored the district in favor of national attention. Melton-Meux is promising to “focus on the 5th” and accused Omar of missing votes and of not representing her district — noting that she did not support the United States-Mexico-Canada Agreement (USMCA), which was backed by the rest of the congressional delegation.

“The cold hard truth is the congresswoman has one of the worst voter attendance records in the U.S. House in 2019, she missed 40 votes. That’s just the truth,” he said. “And these are important votes for the residents, she has silenced us on these issues, she’s frankly, disenfranchised us on these issues. And when she does vote, she’s not voting consistent with the values of this district.”

Omar responded by citing accomplishments, including legislation to hold Brunei accountable and bipartisan legislation to look at human trafficking in Libya.

“I show up not only in the district, but in Congress to fight for us for our progressive values, and that is the consistency in which I do my work,” she said.