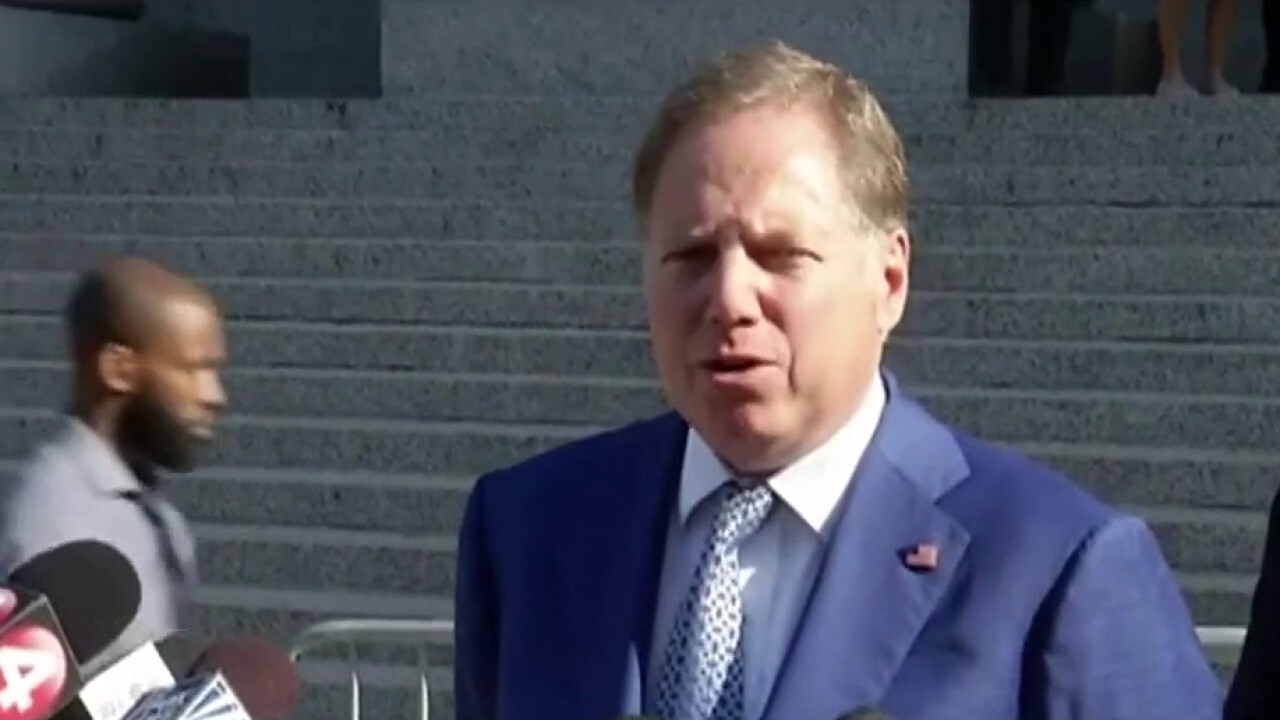 The House Judiciary Committee released Monday the transcript of its interview last week with former U.S. Attorney for the Southern District of New York Geoffrey Berman in which he alleges that Attorney General Bill Barr tried to “entice” him to step down from his position.

Berman, who during his time as the U.S. Attorney of the SDNY launched several investigations into President Trump and people connected with him, said during his testimony that Barr told him he could either resign from his post or be fired.

Barr “was trying to entice me to resign so that an outsider could be put into the acting U.S. attorney position at the Southern District of New York, which would have resulted in the delay and disruption of ongoing investigations,” Berman said in his testimony, according to the transcript. “You know, he wanted me to resign to take a position.  I assume you could call that a quid pro quo.  You resign and you get this, that would mean quid pro quo.”

Berman added: “The Attorney General said that if I did not resign from my position I would be fired. He added that getting fired from my job would not be good for my resume or future job prospects. I told him that, while I did not want to get fired, I would not resign.”

Barr informed Berman late last month that he was fired from his post as U.S. attorney for the Southern District of New York. At the time, Barr said he asked Trump to fire Berman after the Manhattan federal prosecutor said Friday he planned to stay on the job against the Trump administration’s wishes.

Berman’s appearance was the latest event in a highly publicized feud between the former U.S. attorney and the Trump administration.

Barr and the White House announced in June that Trump will nominate Jay Clayton, the current chairman of the Securities and Exchange Commission (SEC), to replace Berman. But Berman, whose office has been a thorn in Trump’s side, said he learned of his “departure” from Barr’s press release and had no intention of leaving the job.

Barr initially said the U.S. attorney in New Jersey, Craig Carpenito, would take over on an acting basis beginning July 3 until Jay Clayton’s SEC confirmation. But Barr switched gears afterwards by announcing Strauss would manage the SDNY in the interim.

Democrats accused the Trump administration of trying to shut down Berman, who is leading investigations into the president’s allies.

The Southern District has prosecuted a number of Trump associates, including the president’s former personal lawyer and fixer Michael Cohen, who served a prison sentence for lying to Congress and campaign finance crimes. The office has also been investigating Trump personal attorney Rudy Giuliani’s business dealings, including whether he failed to register as a foreign agent, people familiar with the probe told The Associated Press.

Berman has also overseen the prosecution of two Florida businessmen, Lev Parnas and Igor Fruman, who were associates of Giuliani and tied to the Ukraine impeachment investigation. The men were charged in October with federal campaign finance violations, including hiding the origin of a $325,000 donation to a group supporting Trump’s reelection.

“When he appeared before the Committee last week, Mr. Berman could not comment on these cases—but he was adamant that Attorney General Barr’s scheme to force him out of office and replace him with an outsider raised serious concerns for him, and was designed to disrupt and delay the work of the office—including those implicating the President,” House Judiciary Chairman Jerrold Nadler, D-N.Y., said in a press release.

Republicans on the committee, however, argue that the Judiciary investigation into Berman’s firing is an attempt by Democrats “to manufacture a scandal where one does not exist.”

“Chairman Nadler and Committee Democrats remain obsessed with attacking the President and Attorney General for political gain,” Republicans on the committee – led by Ranking Member Jim Jordan, R-Ohio, wrote in a note. “This singular obsession has clouded their judgment and colored their opinions.”

It continued: “Contrary to Chairman Nadler’s portrayal, the interview proved that Attorney General Barr acted appropriately at all times, including and especially in his interactions with Berman. The interview uncovered no evidence of misconduct, wrongdoing, or criminality.”

The House Judiciary Committee is also leading an investigation into the “unprecedented politicization” at the Justice Department under Barr’s leadership.

Barr accepted an invitation to appear before the committee, and is expected to testify in public for a “general oversight hearing” on July 28, the Justice Department confirmed.

AOC doubles down amid GOP criticism over take on NYC crime