HGTV star Eric Eremita, a contractor who appeared on a couple of the network’s programs, is opening up about his battle with the novel coronavirus after spending nearly a month under the care of doctors in New York City and two weeks on a breathing ventilator.

Eremite, who got his break on Johnathan and Drew Scott’s competition building series “Brother to Brother” and also was a figure on “Love It or List It,” detailed his bout with COVID-19 to People magazine, and said he immediately knew something was amiss when he wasn’t able to focus on mundane tasks that often come as second-nature.

“For me, I’m a guy who does things with precision,” Eremita told the publication. “I’m a contractor, so for me, an eighth of an inch makes a difference. When I couldn’t zero in on things, I knew something was wrong.”

The 51-year-old contractor and handyman said he had no preexisting conditions that he believes would have made him more susceptible to the deadly illness but said that once he developed symptoms, so did his wife, Joanna, 44, and the pair immediately began self-isolating themselves, with each of them taking separate floors in their Staten Island home.

As far as their three children — Mia, 17; Eric Jr., 15, and Evan, 12 — Eremita said the trio migrated to the family’s basement where they holed up until things blew over, and Eremita recalled ringing the city’s coronavirus hotline in a bid to schedule a testing appointment.

“They didn’t get back to us, and I started getting worse and worse,” he said, noting that he started having trouble breathing. “Then one day my wife came to me and said, ‘You don’t look good. Can you breathe? You’re turning blue.’”

Joanna sprung to action and phoned an ambulance right away.

“I got to the hospital and, believe it or not, it’s kind of a blur from that moment until I woke up off the ventilator,” Eremita told the outlet.

According to Eremita, his body initially rejected the ventilator, which is used for circulating oxygen through the lungs and body while pumping carbon dioxide out. He said that after his body finally accepted the assistance of the ventilator, his family grew worried about the uncertain outcome. 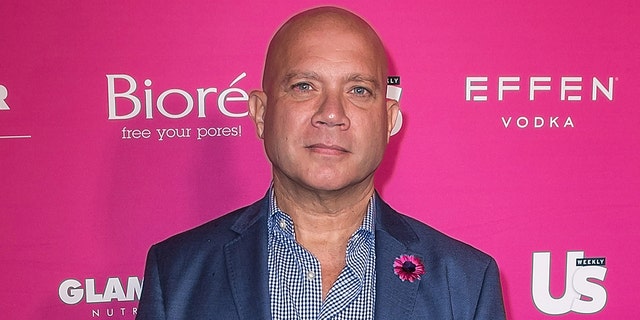 “It took a real toll on my family,” he said, adding that his children were “frantic” but ultimately held it together by focusing on their schooling and each other.

Then doctors began to worry about his health, as well, Eremita said.

“They told my wife, ‘If it doesn’t come out tomorrow, we’re going to have to figure out something else,’” he said. “Then she got really nervous.”

Eremita told People magazine that he got better the very next day and thanked his faith for adjusting the potentially grim outlook.

“If you believe in God or not, there’s a God out there,” Eremita said. “He helped me.”

The father of three also thanked the hospital personnel for their care during his stay in the Intensive Care Unit where Eremita’s health improved and he was well enough to speak to his family via video call.

“The nurses were amazing,” Eremita said. “They were rooting for me, they were all my team members and were praying for me.”

Following his recovery, Eremita was discharged from the Staten Island University Hospital he had called home for the better part of a month and upon his exit, was greeted with cheers and applause from health care professionals at the hospital.

“They’re calling me their miracle,” Eremita said. “No one else in the hospital that I was in that was on a ventilator walked out alive. I’ll be honest with you, it made me very, very humbled, and reminded me to appreciate life.”

He’s now undergoing intense physical therapy as he learns to walk again after being hooked up to the ventilator and is managing a pneumonia diagnosis that has come on after the virus with prescribed antibiotics.

“Every day is getting better,” he said. “They told me I wouldn’t walk without a walker, but now I walk just fine. I got a bit beat up, but I’m the comeback kid.”

Furthermore, Eremita said the experience put things into perspective for him and he hopes his story will empower folks to take the illness seriously.

“If you think you can’t get it, you’re mistaken. You’re really, really mistaken if you think that you’re Superman or Superwoman and you cannot get this virus,” Eremita told People magazine. “It’s serious and it’s deadly. Wear your mask, wear your gloves.”

“It puts the bigger picture in perspective, and what’s important to you in life and what’s not,” he added. “Don’t sweat the small stuff, you know? It’s not worth it.”

Michelle Pfeiffer shares makeup-free selfie in quarantine, asks: ‘Is it over yet?’

Schumer: VA must explain use of hydroxychloroquine on veterans to fight…